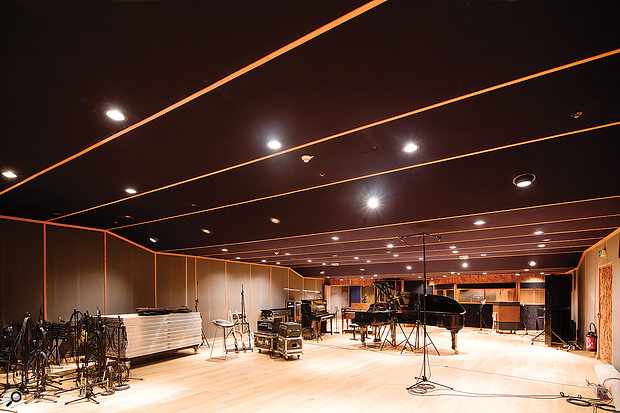 The huge Studio A live room, with its fabric-covered false ceiling, can host almost 100 musicians.

With a floor space of over 500 square metres, spread across three rooms, Grande Armée is among the largest recording studios in the world, and certainly is one of the most spacious in France. The business can trace its history back to 1972 and the acclaimed French composer and musician Jean-Claude Dubois, who, at the time, was a harpist with the orchestra of the Paris opera. His first operation was simply named after its street address on Avenue de la Grande Armée, in the 17th arrondissement of Paris. After a couple of years, however, Dubois was given the opportunity to relocate the studio to a newly built convention centre nearby called the Palais des Congrès. Inaugurated in 1974, this huge complex near Porte Maillot in the western part of the centre of Paris is home to exhibition halls, a shopping centre, and an auditorium with a capacity of 4000 people. Though Dubois kept the name Grand Armée, its location meant the new studio was also nicknamed Studio du Palais. 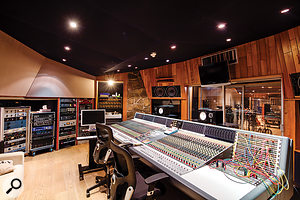 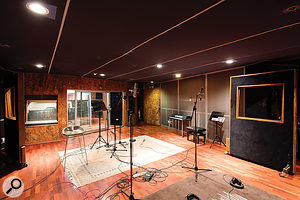 Though not on the same epic scale as Studio A’s, Studio B’s live room is still generously sized. 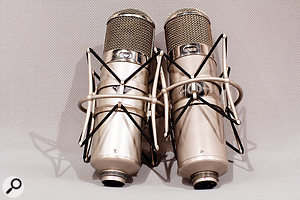 The studios’ mic collection includes this pair of Neumann U47s. 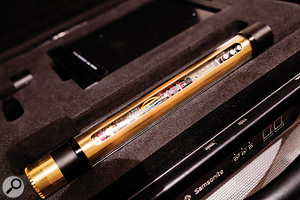 Perhaps the rarest mics in the Grand Armée locker are a pair of Bruel & Kjaer 4040s, featuring independent FET and valve preamps that can be remotely controlled from the power supply. Only 100 of these mics were made. 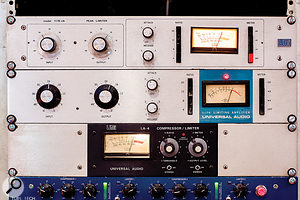 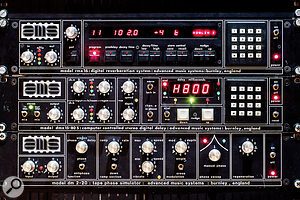 All rooms at Grande Armée are equipped with a common basic set of outboard kit, including these AMS processors. This guarantees projects can be moved between the different rooms. 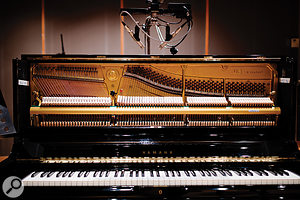 A robotic mic stand allows mic positions to be controlled remotely using an iOS app!Dubois constructed this second Grand Armée on premises directly beneath the auditorium, where sufficient room was available to build three studios, each on separate floating floors and foundations, plus a number of smaller post-production and editing spaces and a large recreational area. The studios were built to what were considered state-of-the-art specifications in the mid ’70s, with acoustic design by Tom Hidley; reportedly, Jean-Claude Dubois invested 27 million Francs in the construction — the equivalent of around £13 million today.

The studios are now owned and operated by Zach Hanoun, who ran them with Dubois for eight years before taking over completely when the founder retired in 2008.

Studio A is the largest of the three, with an enormous 250-square-metre live area that includes two booths of 14 and six square metres. The actual space is almost six metres high, but at present, fabric panels cut this almost in half. According to Hanoun, the space will soon be remodelled to bring the perceived ceiling height of the live area more in line with the actual dimensions of the space. Studio A can accommodate orchestras of up to 96 musicians, and the sound of the space is very controlled and precise for a recording area of these proportions.

At almost 60 square metres, the control room is also very large, and it is centred around a 60-input Neve VR60 soundboard. The desk is equipped with Flying Faders, and a rack with 12 AIR Montserrat remote preamps in the live room further adds to the overall channel count. Studio A also boasts an outboard selection that includes both ubiquitous standards such as a Teletronix LA2A, a pair of Empirical Labs Distressors and a number of Pultec EQs, as well as more unusual units like a pair of Pultec MB1 preamps, a Moog 3-Band Parametric EQ and a GML 8900 Dynamic Gain Control. Instruments in the live room include a Steinway Model D Grand Concert piano, a Pleyel piano and a Schiedmayer celesta, as well as Rhodes and Wurlitzer electric pianos and a Hammond B3 organ.

Studio B is a more compact space in comparison, yet it is not small by any standards. The live room offers a 90-square-metre floor space and an eight-square-metre booth, while the control room follows the same proportions as Studio A’s. The main differences are that B’s control room has more stone surfaces, making it a little livelier, and the console is a 56-input SSL 4000E/G. Just as in all Grande Armée rooms, monitoring duties are shared between custom TAD far-fields with Bryston amplifiers, and nearfield speakers by Genelec and Yamaha. The outboard racks in Studio B offer a number of gems, too. Next to the later production ‘silverface’ UA 1176 we can find a rare ‘blue stripe’ specimen, along with another Moog EQ and a Fairchild 659A Reverbertron spring reverb unit.

Studio C, a Tom Hidley design added in 1983, offers the largest control room, but no live area. The studio is equipped with a digital Sony Oxford OXF-R3 console with 128 inputs, and boasts a 5.1 monitoring system for movie soundtrack mixing and post-production. The Studio C control room duplicates much of the outboard found in A and B, including a bank of AMS RMX16, DMX15-80S and DM2-20 units.

All studios line up along a central hallway, sharing the same kitchen and recreational area, although Studio A offers a private lounge as well. For Zach Hanoun, this is one of the most important selling points of the complex: “People who are successful in the business don’t want to work at home any more. Everybody has their own studios today, so after one or two years they are alone in the business, and it’s a business where you have to meet other people. People are connecting at Grande Armée, forming new projects and collaborations!“

Speaking of artists, during over 40 years in business, more than 700 film soundtracks have been produced at Grande Armée, and the client list runs literally from ABBA to Zaz, with luminaries like Björk, Bernard Lavillier, France Gall, Charles Aznavour, Vanessa Paradis, Destiny’s Child, Elton John, Duran Duran, Kanye West, Herbie Hancock, Rihanna, Stevie Wonder and Prince in between. In its first years, a lot of early disco music was recorded here, and just the night before our visit, Mick Jagger finished a 10-day stint. Many artists have used the studio for live showcases, and tie-lines allow live shows from the auditorium above to be recorded.

History has it that Giorgio Moroder once applied for a job as a sound engineer at Grande Armée, but since there was no vacant position at the time, he embarked on his enormously successful career as an independent producer instead...