You can't please all of the people all of the time. Even when they are on the same production team.

Hi Paul, I know my colleague said we really liked 'Demo G', and thanks for all your development work on that. But on this side of the office we think the softer jazzy approach of 'Demo T' works better for the show. Please can you develop this further adding a key change in the first seven seconds and another one before the end at 19 seconds. Many thanks, Dave (Co-Executive Producer).

Paul, thanks for the last track you sent. It seems to have evolved into something quite different from where we got to. Can you beef it up a bit? I really liked the rock guitars on 'Demo G'. Can you put them back please? Regards, Phil (Co-Executive Producer).

Hi Paul. I like what you were trying to do there. Excellent. But we really need to remove all guitars from this — they're just not right for the graphics. And can we slim down the drums so they sound softer and more ballady? Cheers, Dave.

I think we are in danger of departing too far from the original brief with this version I'm afraid. I've played it to everyone here in the office and the consensus is that we should try a harder, more dance/synth approach. Think Prodigy/Chemical Brothers/Bruno Mars, that sort of thing. My Co-Exec Dave suggested a compromise and to try 'Acid Jazz', 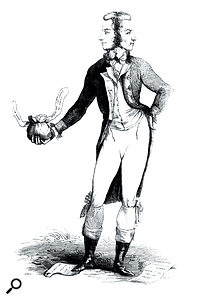 The most successful composers for the media often have unusual personal attributes. whatever that is. Many thanks, Phil.

Paul. I know Phil wants to go harder, but he's wrong. We need to keep him on-side, however, so can I suggest we strip the track right back to just soft drums, acoustic bass and a little piano. You can hint at the synth stuff for Phil with a counter melody perhaps? Thanks, Dave.

Hi Paul. I like the key changes you did but it all sounds too 'nice'. Have a listen to some hard rock stuff like Metallica, Van Halen and Coldplay to get a feel for what we need. Phil.

Paul, this is still far too busy. Can you remove everything except the hi-hat and the bass? Then we'll be really close. Cheers, Dave.

Hi Paul. I don't want you to get any mixed messages from us but Dave doesn't really understand music. Take it from me (I'm younger than he is so I know what we need), we need rocking fast tempo and lots of guitars — just like Keane but with a techno kind of Adele feel. Can you give me some of that but not so much that Dave notices? That would be brilliant. Regards, Phil.

Paul. Sorry still too much going on. Can we try a few other time signatures or different key suggestions? Also can we have a middle ground between the old and the new? Try a fusion of acoustic swing, but underpinned with perhaps some light techno flourishes to keep Phil happy? Cheers, Dave.

Hi Paul. I think we need to go back to basics with this track. Let's infuse 'Demo G' with the jazz notes and swing feel of 'Demo T'. But can you also incorporate a bit of the accordion sound you had at the end of 'Demo J'? Oh, and the graphics have changed so the titles track is now just 12 seconds long, with key changes at three, seven and nine seconds. Thank you. Phil.

Paul, I've spoken to Phil and we've found a library music track we both really like (MP3 attached). Can you listen to it and do something similar, keeping the same notes and brief we've developed so far with your piece? Thanks, Dave.

Hi Paul. Don't use the track Dave sent you as a reference. It's too classical-sounding. Here's a better track which is much closer to what we are looking for (ignore the vocals, guitars and drums — they aren't the right kind of feel). Also, the commissioner needs to hear something this afternoon. Is that possible? Cheers, Phil.

Top 10 Boring Things That Are Really Important In The Studio
6 days 5 hours ago.