You might think that being a TV composer is a life of parties, beautiful women, fame, glory and dongles, but the reality is rather different. This unique chronological study plots the lifespan of a typical project. 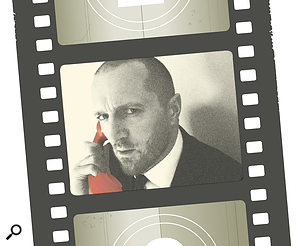 Day One: The Series Producer calls you. She (and it's always a 'she') tells you a bit about the show, starting with how little time and money they have, and asks you for a few theme ideas to be emailed over by tomorrow so they can take them to the TV channel to get approval.

Day Three: After sending nine different demos and hearing nothing, you contact the Series Producer and see if she received any of your emails. She says it's all been 'mad' and they have had pitches from the six other composers they also asked, which means it will take time to get through it all. You wait. Then forget about it.

Day 47: You book a holiday, and while waiting at the airport's departure gate… Good news! The Executive Producer really likes Demo 7. "Can we talk about that for a moment?” You have no idea what Demo 7 sounds like. You can't even remember what you had for breakfast. You are off on holiday for two weeks, but feel terrible about telling them. The Series Producer sings a melody over the phone that they think the Exec would like better than your original melody, and asks if you could let them hear something 'in that groove' later that day. You open your MacBook Pro at the airport and your tears make the keys stick together.

Day 59: Demo 7, having been twisted out of all proportion so it is no longer even recognisable to you, has been approved and the production email you a 'shopping list' of all the music requirements they need. This list will include hilariously vague items such as 'Bed Track', 'Sting' and so on. You do it. And send it all over. 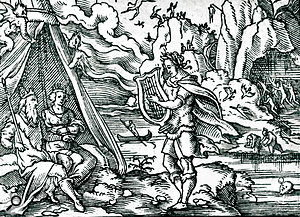 "We like it, but the Executive Producer wonders whether it could be arranged for a kazoo quartet instead.”Day 63: The editor refuses to work with the files you sent. He only accepts 48‑bit WAVs at 192kHz. You aren't even sure if Logic goes up that high. You check, re‑convert all the files and re‑send.

Day 72: At the run‑through in the TV studio, it turns out that they are going to need not one but 16 different bed tracks, all precisely timed and in perfect sync to the video tracks they can't send you yet.

Day 80: You think you have finished the job, but out of the blue you get an email from someone you have never heard of, saying they need the titles music to be chopped down from 90 seconds to 12.

Day 81: The programme is broadcast. No‑one tells you it was going to be on and you miss it.

Day 83: Your mum's friend says she thought they saw your name at the end of some show, but it was spelt incorrectly. You poke around the Internet and find the show. They have mangled the music in the dub and you can't really hear it. And they have, indeed, spelt your name incorrectly.

Day 97: The production's Music Department send you their draft contract for the job. Despite the fact that it's already been on air, they are demanding all publishing and have less money than they originally thought, for four times the amount of work, you reluctantly sign it and send them your invoice.

Day 253: The show appears on your PRS statement.

Day 311: Someone in Malaysia emails you, saying they are a 'big fan' of your work, and can you send them the theme tune for their collection. You aren't sure if this will end up at some point with them rooting through your bins with night vision goggles on.

Day 360: After many emails and phone calls, mostly to people who no longer work there, the production company that made the show finally pays you.