It's wonderful to be able to give something back to young people who are eager to learn about life in the studio. If only they were better prepared to receive it. 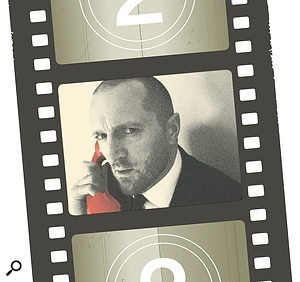 They're always so keen on the phone. And why wouldn't they be, if the choice is between working behind the Lidl butcher's counter and sitting on my sofa drinking coffee for a week?

I've always tried to offer as many work experience placements as possible. My first ever time in a recording studio was part of a work experience placement, and as far as 'giving something back' is concerned, taking time to show young people what a studio is all about is one of the most generous and effective things you can do. Unfortunately, it's also just a hair's breadth away from being a week‑long nightmare for both parties, and a surly non‑communicative teenager hanging around the studio is about as welcome as a block booking of a bagpipe troupe recording an album of Abba covers. 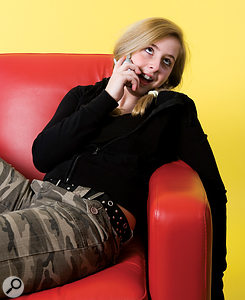 "Nah, it's, like, really boring. They're just recording some ancient geezer called McCartney or sumfink, not real music...”

In a perfect illustration of how tragically out of touch most educational establishments are with the real world, every single school, college and university in the country appears to select the exact same week in the year to make their students find placements. Given that the number of people training to work in studios dwarfs the number of actual studios by a factor of several hundred thousand, it can be a rather fraught time of year. This month alone, I have fielded 35 calls from (usually desperate) local parents wondering why there isn't any space for their darling offspring to sit and stare at me for a few days, thereby easing their path into the music industry. "But he's really keen on DJ'ing, and he loves The X‑Factor...” they plead. And so on.

But that's not even the worst bit. Nothing in life will ever prepare you for the look on a young person's face when they walk through the studio door expecting to see the Foo Fighters sitting at a mixing desk the size of an aircraft carrier, and instead find a Mac, a pair of speakers, and me looking back at them, wondering why they are wearing a leather trenchcoat when this week we will be mainly making some sound effects for a video game aimed at the under‑fives.

All of which wouldn't be quite so bad if any of them made the slightest effort to do at least a tiny bit of research into the field they were hoping to gawp at for that week. I had one kid ask where I make all the CDs. Another complained about the sandwich I made him for lunch. It had been cheese. He would have preferred ham, apparently. One girl demanded to know why I made so many 'jingles' and not much 'real' music. OK, the girl had a point, but the sandwich guy can f**k right off.

Hauling Up The Ladder

My new policy is to say 'no' to them all. This way, only the keenest and bravest will track me down, pester, plead and work like mad to impress me. And only then do they get the chance to be tea boy/girl for a little while. Just like it works in the real world, in fact.

Teenage dreams are so hard to beat, the song tells us. I'll give it a go.