The global financial meltdown would never have happened if only KPMG had modelled themselves on KPM. 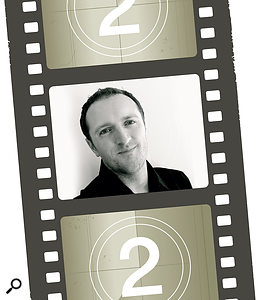 Typically speaking, precious few musicians ever trouble themselves by dipping their toes with any seriousness into the world of international finance. And trust me: that's a good thing. You simply wouldn't believe the hokey stuff they're routinely getting away with. If you think that the music industry is packed full of barefaced arsemongery, try this for size...

I'm looking at a letter here from my pension company, telling me they have managed to lose 27 percent of the money they are supposed to be investing and growing for me. It appears that I will need to work for a few more years to cover the amount they have pissed up the wall by giving it all to some knob to play with on the Hang Seng, who bet on blue when it came up red. Enclosed is a shameless invoice demanding that I pay them for their hard work this year. "Stock market, innit?” they shrugged, when I called them to find out if it was all some kind of elaborate joke. 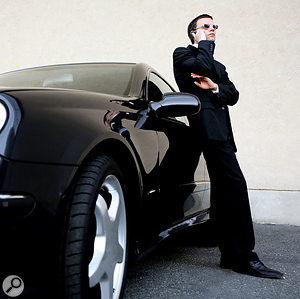 "I understand your concerns Mr Farrer, but trust me, things have been very tough in the financial sector and we've all had to make sacrifices in these difficult times...”

It's a perfect time, then, to contrast this with the relatively safe, potentially rewarding and virtually zero‑pressure world of library music. Long seen as an embarrassing activity indulged in by 'resting' composers, perhaps it's time for production music to come out of the closet as a totally wonderful thing for writers to put their names to. Monty Python's Holy Grail, the Grange Hill theme, and many other iconic soundtracks began life as library tracks waiting on a shelf. The production process is largely carefree, as library companies (unlike some telly people) tend not to breathe down your neck asking you to tweak the EQ on the hi‑hats. Mostly it's a take it or leave it approach. And if you can deliver the goods and are happy with the deal, there's really no reason why you can't provide your library with tons of tracks.

It's also a terrific way to stretch yourself across a wide range of genres, and I know more than a couple of composers who make good careers by doing entire albums for a number of different library houses — albeit under a variety of hilarious pseudonyms (I told you it has an image problem). Despite the fact that the up-front commissioning fees are often embarrassingly small, if they exist at all, you could end up with an impressive portfolio of works out there, potentially clocking up royalties in all sorts of odd places. This year I estimate I earned more than £600 from a bunch of library albums I finished in the early '90s. I get requests for studio work experience from kids who weren't even born by the time I had finished those tracks, and yet there they are, chugging along, silently earning dosh while I had forgotten all about them.

In other words, library music is the exact opposite of a get‑rich‑quick investment: a humble pension fund where returns can be fair to middling, and occasionally, pleasantly surprising. The world of finance could learn a lot from us. Bastards, bumholes and crooks, the lot of 'em.