All too often, faking it represents the easy way out for the media composer. But if you can put in the effort to keep it real, you'll reap the rewards. 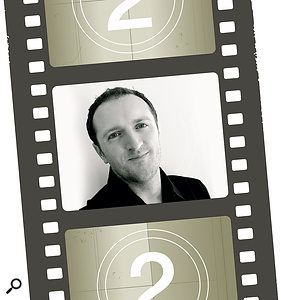 In ancient Roman theatre, when a character in a play had to die, the actor would, in some productions, be replaced on stage by a convicted murderer in a costume. At the appropriate point in the drama, said criminal was then killed in front of the live audience. Talk about keeping it real.

Unfortunately, these days, reality is something of a luxury for the media composer. A quick look at my Apple Loops directory reveals that I have more than 6000 drum loops. Add to that the countless others that come with plug‑ins like Stylus, Storm Drum, Ultrabeat and so on, and you can see why I would have to have a very special reason indeed to get a live drummer in.

Call me a soulless plastic philistine if you like, but it's an uphill struggle trying to infuse as many real elements as you can into your music, particularly if there are time and budget constraints. The odds are certainly stacked against us, in that most virtual instruments these days are amazing and getting better by the week. Recording live things is time‑consuming, costly, and limits flexibility if your client wants it faster or slower or "more like Daft Punk doing a Viennese Waltz, yeah?”. But the chief thing preventing us from infusing real elements into our work, ironically, is often the clients themselves. 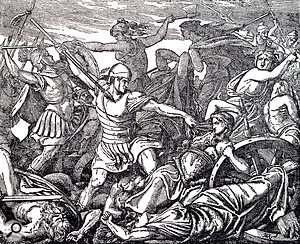 "I've heard of Method Acting, but this is ridiculous.”

I was once commissioned to compose the music to a documentary series about working‑class folk in Victorian times. The perfect opportunity, I thought, to work with a real brass band. I found a local band, read up on some arrangement tips, talked to experienced players about the various transpositional tuning issues and musical styles, and printed the scores. Before the recording sessions, I sent the series producer a quick mock‑up of the music as performed, with a crappy General MIDI trumpet sound playing all the parts, so he could get an idea of the tune. Needless to say, he thought that he was listening to the finished thing, and came 'this close' to putting it into the edit.

At times, it feels as though the only people we satisfy with our desire to shun the virtual is ourselves, but it isn't. Quality is not always appreciated by the person paying the piper, but it is certainly picked up on by the audience who hear the tune. One of the most satisfying things you can do is to compose and arrange some string parts and hear them performed live by a proper bunch of orchestral performers, infusing levels of expression that your computer can only dream of. And these qualities surely will permeate every level of the finished recording.

Inviting the television producer or director along to recording sessions can be a great way of making them feel like Dr Dre, and makes them firmly invested in the final product. You also gain kudos, thanks to your ability to loudly tell the cellists that their sforzando in the rallentando needs to be less marcato and more legato. Perhaps the Romans and their sense of dramatic realism had a lasting impact on us all.