Will your music become immortal, or simply indigestible? It's all about context. 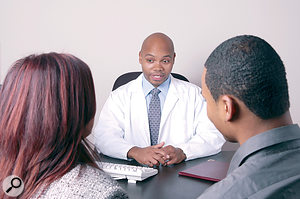 "I'm afraid you are both in danger of becoming morbidly obese. I suggest you cut out the classical music.”

Music weighs nothing, it's invisible and it doesn't smell, but in the right context, and if you're lucky, it can last forever.

In 1939, Robert May, a copywriter for Chicago's Montgomery Ward department store, wrote a poem for the shop's upcoming Christmas colouring book. Despite the fact that store bosses were initially worried that a poem about an animal with a big red nose might invoke associations with alcoholism, the poem caught on, and when songwriter Johnny Marks adapted the poem into a song a year or two later, 'Rudolph The Red‑nosed Reindeer' quickly entered the collective consciousness. In less than a decade, it had become as much a part of the timeless tradition as Christmas trees, indigestion and The Great Escape.

Wonderful tales like this show that art‑forms traditionally perceived as trivial and otherwise disposable can have immense cultural impact. It's as if the Sheila's Wheels car insurance jingle somehow ended up becoming the European national anthem. These stories are the stuff of legend and, if we're honest, the reason most of us are in the music business to start with: the perpetual whiff of being only a turn of the dice away from fame, fortune and immortality. 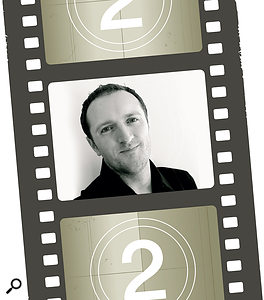 In today's mass media‑saturated world it's startling to think about the impact that your work might have. Television is something that we do incredibly well in the UK — much better than perhaps we realise. Flipping through TV channels in a foreign country confirms the sheer number of shows and formats that are familiar to us as home‑grown but then went on to become truly global brands. And for the aspiring media composer it's a rich and fertile production landscape. Add to this the number of corporate video, Internet, radio, games and software production houses we have and you can see that there's lots of possible applications for your work that extend beyond simply sending a showreel to the BBC and hoping for the best.

Starting small — perhaps by targeting your local video/radio production houses — is a good place to get a foothold. Remember, just as you are hoping to climb up the food chain, so are all the editors, producers and directors you will meet. Low‑budget favours for shoestring productions have led to more than a few Oscar‑winning collaborations.

On the flip-side, I was once at a classical orchestral concert of film music, a few seats down from a fat lady who was working her way through a bin liner full of crisps. Amazingly, she seemed completely aware of how loud and distracting the sound of her inappropriate little picnic was. Henceforth, the 20th Century's pinnacle achievement in commissioned music (John Williams' Schindler's List) will forever be tarnished in my mind with the image of fat, dimply paws plunging into a bag of salt 'n' vinegar daintily, delicately and considerately waiting for the 'loud bits', before shovelling fistfuls of complex carbohydrates into an obese woman's gob.