Almost everything about being a composer of music for television is a gamble, except getting paid. That's two gambles. 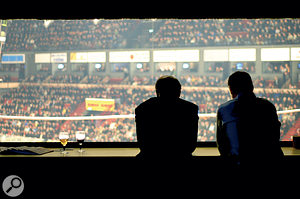 "Do you think I still get 100 percent of the royalties when they sing those words?”

When it comes to getting paid for your work as a media composer, the only real question you have to ask yourself is "Do I take it in the front or risk it round the back?”

The front‑end of the job is the commission or fee the client pays you to actually do the work. This is an incredibly tricky thing to try to judge: after all, it's not like cutting a length of pipe. How do you put a price on a piece of music? Should you charge by how long it takes you to do? Or how good the end product sounds? Or how much money you think the client thinks it should cost? If you can find a foolproof equation that is both fair and profitable I'd love to hear it, because this bit of the job is as close to blind guesswork as wondering when you're next going to see OS X's spinning beach‑ball of death.

Go On, Have A Guess 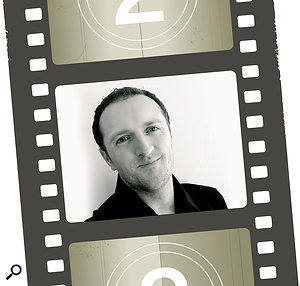 But at least the blind guesswork here is something you can quantify approximately, compared to the back end — which is both out of your hands and terrifyingly arbitrary. As a composer you have the right to collect performance royalties on your work. But as these are paid by the minute (according to wildly differing, ever‑changing rates depending on the time of day, the broadcaster and the country) the amount you could earn from, say, a 30‑second theme tune is entirely dependent on how successful the show is or, more specifically, how often it's on, when and where.

Not unreasonably, the prospect of working on a potential prime‑time TV project that needs lots of music might well cause you to drop the commissioning price, but it's a gamble, because TV is extremely trend‑ and ratings‑driven. It's not unusual for completed shows, and indeed entire series, to be sold off to smaller satellite stations where the per‑minute rate might be 50 times less than for a terrestrial station, or even dropped completely and never see the light of day if, for whatever reason, they can't find a place in the schedule for it. If this happens, all your dreams of the precious back‑end performance royalties evaporate and you will have essentially been working for nothing.

The Gift That Keeps On Giving

The upside of the back end (indeed the miracle of music copyright itself) is, of course, that if you are lucky enough to have a portfolio of works out there, it can be earning money while you sleep. I get about £20 a year simply because every so often The Weakest Link is on the TV in the background of the pub in Eastenders for a moment or two, and as I write, someone is watching every single football match broadcast on UK TV this week with a stopwatch, making notes of how much of which songs the crowds are chanting, to make sure the composers get paid.

If you haven't already worked it out yet, this isn't the kind of career for the faint‑hearted or those looking for a regular, safe income. But don't worry — if you can just make it past those first tricky 15 or 20 years, it does start to even out a bit.