Renowned TV composer Paul Farrer begins a new series of despatches from the front line by asking: what sort of person do you have to be to succeed in the cut-throat world of music for the media? 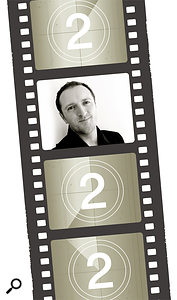 I get about four or five emails each week from budding composers wanting advice on how best to get into TV music. Some have really thought about the process, the harsh realities of the business and the sheer number of other people they are up against, and are looking for some specific technical help. Others are less pragmatic. I had an email recently from a bloke in his late '30s who, after doing a three-year diploma course at a college somewhere, claimed to have a basic knowledge of Cubase, his own drum machine and could I put his name forward to any film directors I knew. Bless. 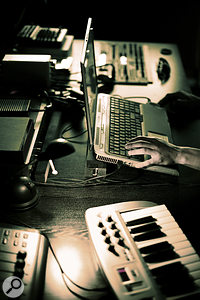 Do you have the commitment to keep working, regardless of temptation? Maybe, just maybe, you could be suited to a career in TV music.Of course, no path is guaranteed success, particularly not in such a fickle, arbitrary business as 'the media', but if I could distill some advice into a single gem, it would be: don't get distracted. You have to want to do it to the exclusion of everything else.

Are You Ready — To Not Rock?

The best test I can give you to assess your readiness for the job is to imagine your all-time favourite band/artist/composer, living or dead. Now imagine you are sitting in your studio doing the 32nd revision of a crappy titles piece for a rubbish daytime kids' TV pilot show that almost certainly will never get finished, let alone commissioned, let alone transmitted. And you're doing it for no money whatsoever.

Can you picture that? Think about how you might feel. Now imagine your favourite ever band/artist/composer's manager calls you, tells you they liked some of your music they saw on a showreel and asks you to come out on tour with them for the next three months as a very well-paid keyboard player/percussionist/guitarist/whatever.

If you can instantly, and with 100 percent complete conviction, say 'Sorry — I'm busy doing TV music', this probably is the career for you. If there is a moment's hesitation in your mind thinking about the outcome to this scenario, give up now. Seriously. Trust me. I have seen too many people waste thousands of pounds and decades of their life chasing this career because it 'sounded like something they could probably do while waiting for their amazing band/album project to get signed'.

, to borrow a phrase, keep your eyes on the prize.