Sample libraries are the modern media composer's most important asset — so it's a shame that using them in real-world projects can land you in legal hot water. 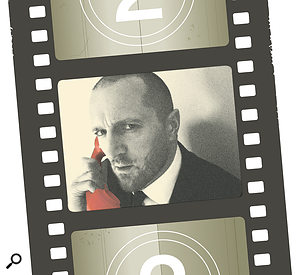 However much money you have for music, make sure you spend most of it on your sounds. Neither your clients nor your audience cares about your speakers, the size of your screen, the acoustics of your control room, your microphones, how much RAM you have, or whether you use Logic 9 on Snow Leopard or Cubase 1 on an Atari. The only bit of you that anyone will have access to is the end product, so it had better sound good.

However, if, like me, you consider 'soundware' products and sample libraries as the main investment in your studio, you might want to keep a close eye on just what rights you do and don't have regarding how you can use those sounds. A quick flick through the small print of any soundware product reveals restrictions that range from common sense to downright confusing.

Fair's Fair (Unless It Isn't) 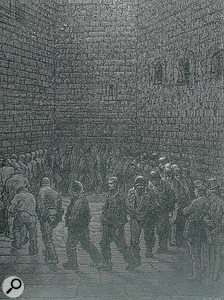 "At the end of the day, it's their own fault for not reading the licence agreement.”

If we exclude obvious and reasonable legal warnings about piracy and file sharing and focus simply on the honest end-user, you might be surprised to see that there is no 'standard fair use' policy with regard to what is expected of the composer. Obviously, you can't resell sample libraries, nor give them away, nor share them. This is reasonable enough, but did you know that there are several sample libraries in my collection that forbid me from using the sounds in any 'library music'? So I can happily use them on a TV or film score, but if, at some point in the future, the tracks were picked up by a small music library, I'd have to get them re‑recorded? Wow. That's silly.

It's important to know that there are lots of different soundware producers, and some are clearer than others. Most require that the sounds be used in a 'musical context' and never 'in isolation'. In other words, you can't make an album of you performing all the presets from Stylus RMX in alphabetical order and expect to get away with claiming ownership. But many of them get very touchy in other areas which are arguably more legitimate, particularly with regard to use in video games and multimedia products. Some say you need extra permission for such uses, while others forbid them outright. Some are fine with it, and some don't mention the subject at all.

As the lines between the various media formats blur, it can be a real headache trying to use the sounds in a professional context (keeping in mind what might happen to your music in the future) and still stay within the lines of the user agreements. Which, depending on the manufacturer and product, are all worded differently. Some in call‑centre English.

I'd like to see all soundware houses and distributors sign up to a uniform agreement of sample users' rights that protects their products and makes sense: something that gives us the freedom to get on and use their libraries fairly and reasonably without needless variants of complexity.

The first article I ever wrote for Sound On Sound was a review of a sample CD that required the user to send a copy of every finished track they had made using the sounds back to the soundware house for 'approval'. And this was in the days before widespread email! It's easy to see why people don't read the small print: it's probably because they're terrified of what they might find there.