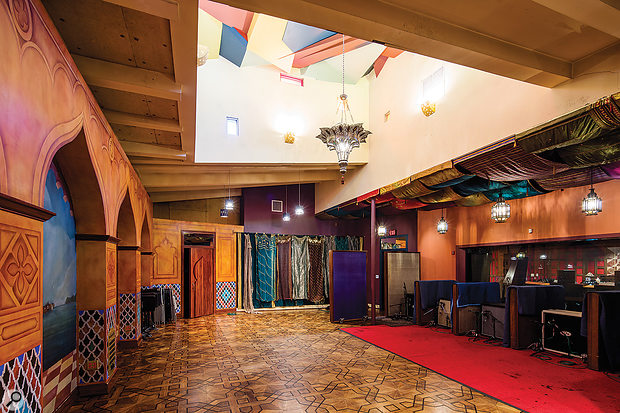 The extraordinary Morroccan-themed live room in NRG Studio B.

There is an ongoing debate as to whether “build it and they will come“ is a viable approach to founding a recording studio — a project that consumes resources such as time, funds, energy and passion in substantial quantities, without any guarantee of success. In the case of NRG Recording, however, they built it and the clients did indeed come — many of them!

Located in an area of North Hollywood, Los Angeles, that now thrives as the ‘NoHo Arts District’, the premises were purpose-built as a recording studio by a company called Weddington Productions, named after the street location. At the time, the studio was mainly used for TV gigs like The Dolly Parton Show, but also for record-making, mostly in genres such as country and Christian music.

A few years prior that, in 1986, the current owner, producer/engineer Jay Baumgardner began to pursue a career in recording, founding the original NRG Recording just half a mile away from its current headquarters. “The whole thing was a bit of a fluke,“ recalls Baumgardner. “I was a musician in different bands at the time. The guitar player had a house, and we built the garage out and thus started literally in a garage. Later a friend pointed us towards a house that was converted to a studio, and that became available because the owner had to move. I moved into there with the guitar player of my band and his family, and we sort of operated this for a few years before we outgrew it.“

Finally, in 1995, the current premises became available. “First this was a lease,” Baumgardner says. “We were at the right place at the right time. If you don’t own the property you’ll eventually be kicked out, so I was lucky enough to be able to purchase it before the area was developed. It was kind of a no-man’s land in North Hollywood — and now it’s the hottest area in town!“

When Baumgardner took over the premises from Weddington Productions, the original Studio A was remodelled, and Studio B was added on the other side of the building, in what used to be an empty warehouse space. “Studio A was totally different then, it was dead. We changed all the acoustic properties, made it more live. The whole thing started out on a bit of a shoestring budget, also when we built B. C was the last room, and when we had more money we built it out. But we remodelled the original spaces many times over.“ 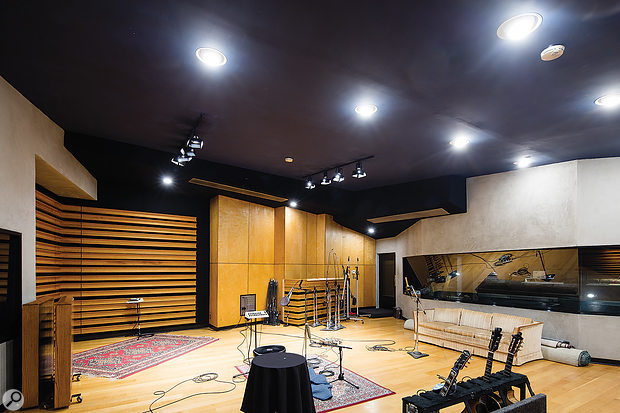 The large live area in NRG Studio A.

Studio A offers a 110-square-metre live area which includes three isolation booths, while the producer’s lounge can double as an additional booth. The impressive Neve 8068 in the control room boasts 64 inputs and Flying Faders, and, according to Baumgardner, was constructed out of three desks put together. With a modern, bright and open atmosphere, this is the most conventional of the NRG rooms, at least in visual terms, with its birch wood panels evoking a clean, almost Nordic vibe. 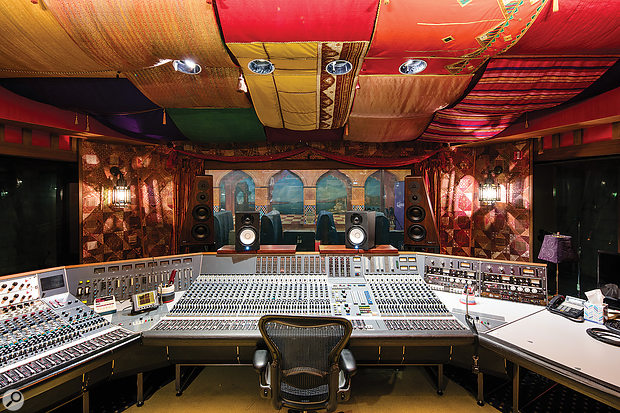 Studio B, however, with a live room of more or less the same size, was conceived with a Morroccan theme in mind. The live area boasts a ceiling height of over 7.5 metres, and offers two iso booths and amp closets each. The control room resembles a Bedouin tent, and the live room walls were designed like arcades, the murals in between the columns making up sea views. But this rather baroque interior design is home to a technical setup of the most serious kind. The place is centred around a massive ‘wrap-around’ Neve 8078 console that was sourced in Austria, purchased from Allen Sides, and which has undergone a number of significant modifications: no fewer than 24 mic preamp/EQ modules of the 1073 type have been added to the monitor section on the left-hand side, for a total number of 64 input channels. 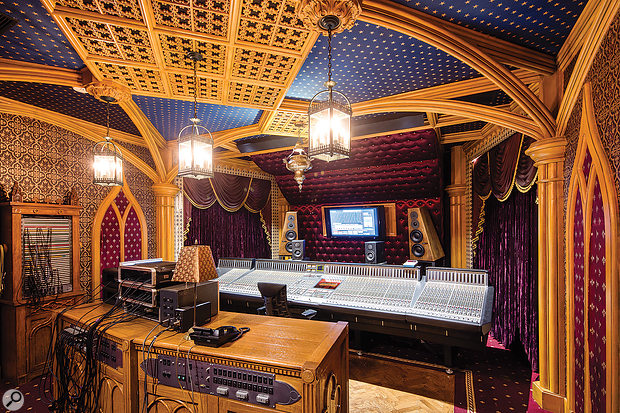 Studio C, finally, is replete with carved oak, and was designed mostly as a mixing suite. Its staggering visual appearance almost seamlessly integrates with that of Studio B, yet the technical layout reflects the needs of mixing rather than recording, hence the choice of a 72-input SSL 9000 J-series console. NRG also boasts an enormous equipment collection, mostly based on high-profile industry standard gear such as UREI 1176, Teletronix LA-2A and Neve 2254 compressors and API, Avalon and Chandler Limited EQs. There are also numerous rarer and more unusual pieces such as Siemens V72 valve preamps and a Collins 26U-1 tube limiter. The microphone collection counts Neumann and AKG classics by the dozen, including several Neumann M49, U47, U67 and M296 mics, and also more unusual mics such as the stereo SM69.

However, the instrument and backline collection may appear even more impressive. Both A and B offer Yamaha C7 concert grand pianos, and the list of — mostly vintage — guitars, basses, cabinets and pedals is almost endless. 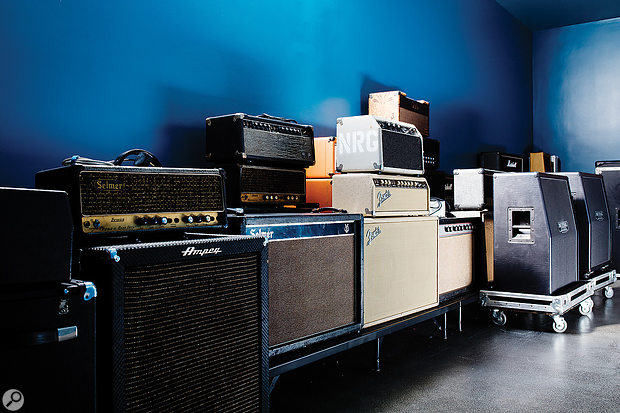 Part of the studio’s enormous collection of back line equipment.

One of the first notable productions to come out of NRG was the 1995 debut album Cracked Rear View by Hootie & The Blowfish. It became the highest-selling album of the year in the US, grossing over 15 million copies, and, as Jay Baumgardner recalls, it “really put NRG Recording“ on the map. In over 20 years’ operation at its current premises, the venture has become a staple mostly for rock artists of the highest calibre, including Linkin Park, the Offspring, Nas, Red Hot Chili Peppers, Earth Wind & Fire, White Zombie, Beck, Slayer, Smashing Pumpkins, Motörhead, Bon Jovi, Slash, Korn, No Doubt, Tom Petty, Evanescence, Tool and Dave Navarro, to mention only a few!