For many decades, London's North West has been home to more than its share of important recording studios. In its day, the area housed the likes of Morgan, Townhouse, Landsdowne, Island's Basing Street and Decca's Broadhurst Gardens. Though many are sadly gone, the upmarket borough of St. Johns Wood is still home to the world‑famous Abbey Road, and the Maida Vale facilities of the BBC are nearby. But there is also a third studio just north of Regent's Park. Though not built quite on the Abbey Road scale, RAK boasts no fewer than four separate studio units, and remains one of the largest and busiest studio complexes in the UK. 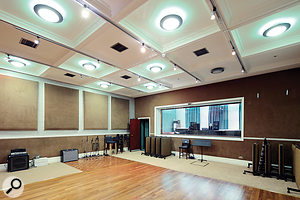 The Studio 1 live room is the largest recording space at RAK.The studio was founded in 1976 by legendary record producer Mickie Most, as part of a music production conglomerate which incorporated existing ventures such as RAK Records, RAK Publishing and RAK Music Management — the RAK name was inspired by the way records were racked in shops Most visited in the USA in the early '60s. 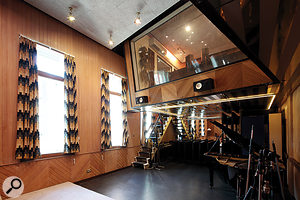 Studio 2's unique design has always been a talking point!Opening a recording studio was the final step in an empire‑building process which began in the rock & roll era of the '50s. Born Michael Haynes in 1938, Most first entered the music business with his bands Mickie Haynes and the Most and the Most Brothers. In 1959 he moved to South Africa, where he had no fewer than 11 consecutive number one hits with the group Mickie Most and the Playboys. Returning to the UK in the early '60s, he found the country caught up in the blues revival. Most's early successes as a record producer included 'House Of The Rising Sun' by the Animals and Donovan's 'Sunshine Superman', but he was even more successful in the '70s, when RAK Records released hit after hit by acts such as Suzi Quatro, Smokie and Hot Chocolate. (For more on Mickie Most's life and work, see our obituary from August 2003: /sos/aug03/articles/mickiemost.htm.)

In the mid‑'70s, Mickie Most was one of the judges on TV talent show New Faces. Among the venues used to stage auditions for the show was a Victorian schoolhouse in St. Johns Wood, then used as a community centre. Most saw its potential, and decided it would be the perfect location for his new studio complex. 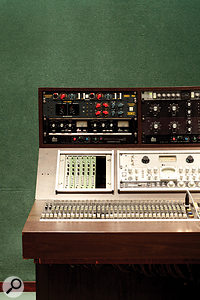 Some outboard gear in Studio 1 is built into the wrap-around‑format console.RAK initially comprised two studios, with Studios 3 and 4 added in 1985 and 1987 respectively. Prior to opening RAK, Most already owned a recording mobile, which was equipped with an API console. He rated this desk very highly, so chose to base Studios 1 and 2 around mixers from the same manufacturer. Both are still in use today, and RAK is almost certainly the only studio in Europe that can boast two vintage API consoles.

The 48‑channel console in Studio 1 resides in a spacious 40‑square‑metre control room, looking out into a 100‑square‑metre live area that can accommodate up to 35 players at a time. However, Studio 2 is laid out in a less conventional fashion. The 40‑square‑metre live area is overlooked by an upstairs control room, making it look as though a spaceship has landed right in the corner of the studio! Its 24‑input API desk is equipped with standard 550a EQs, but it also boasts a number of the less common 954c modules which offer fully sweepable controls for both frequency and gain on all three bands. 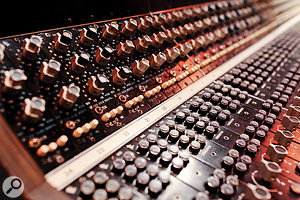 The beautiful API console in Studio 2 was installed before the studio opened in 1976. It boasts 550a and 954c EQ modules in the input channels.Completing the range of top‑flight mixing and recording consoles are Studio 3's 60‑input Neve VRP Legend and Studio 4's SSL 4000 E‑series, which has a G‑series computer. With four different rooms at hand, RAK offers facilities suited all kinds of production work. The intimate Studio 4 is ideal for writing, overdubbing and mixing, the slightly larger Studio 2 offers an unusual and inspiring environment for tracking bands, and Studio 1 and 3 can accommodate larger projects, too. 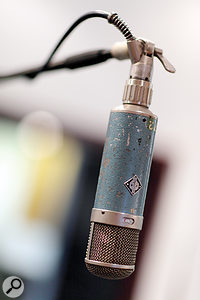 Paint it blue: this Neumann U47 has been customised, too!As well as beautiful consoles, RAK also contains an impressive collection of outboard equipment and microphones. Well‑known classics fill the racks alongside some more unusual tools, and many feature unique custom paint jobs. Where else could you find a sky‑blue Neumann U47 or a bright orange Pultec EQP1? 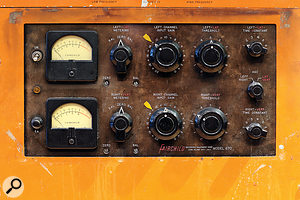 A lot of equipment at RAK, like this Fairchild 670, has received unique paint jobs.Classic gear includes a Fairchild 670 limiter and an assortment of racked Neve modules, while the studio also keeps a selection of more unusual vintage and current‑production units such as the Eventide Omnipressor compressor, Ursa Major Space Station reverb, EAR 660 limiter and Inward Connections Vac Rac modules, as well as sought‑after keyboard instruments such as Yamaha CS80 and Roland Jupiter 8 synthesizers. 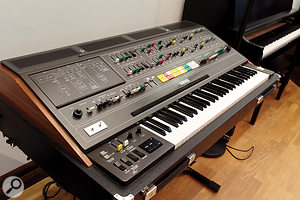 Among the many vintage instruments in RAK's arsenal is this rare Yamaha CS80 synthesizer.The first clients to book Studio 1 in 1976 were the duo Gallagher and Lyle, and since then many notable productions have been crafted in the RAK rooms. The client roster boasts names such as David Bowie, Al Green, Michael Jackson and Pink Floyd, and, more recently, Adele, the Arctic Monkeys and Shakira. Current projects include Brian May, Russell Watson and David Otero.

Mickie Most passed away in 2003, but RAK to date remains an independent, family‑owned group of companies. These days, the studios share the building with four other companies — Touch Tones Music, Levels Entertainment, Emerge Media Group and Trust Management — and true to Most's restless entrepreneurial spirit, RAK keeps expanding into new fields, but with a focus on singles. The next project will be the RAK Singles club, which will offer releases in both digital and vinyl seven‑inch formats.