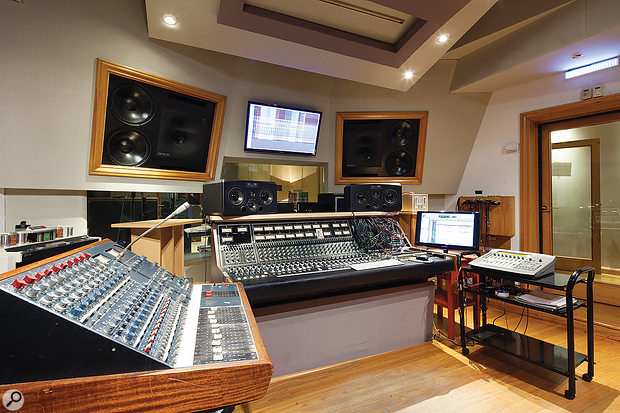 The main Romaphonic control room boasts vintage consoles from both Neve and API.

Buenos Aires remains one of these places in the world where rock & roll still plays a vital cultural role. Record producer Gordon Raphael, who has done a lot of musical work in the Argentine capital, insists that “There’s a historic and revolutionary political side to guitar music. It helped them through dictatorships: there was a coded message in guitar music that everybody identified with and bonded with, and it’s still very important there.”

It goes without saying that where there’s music, there’s a need for recording facilities, and this column has already featured two older recording venues located in this vibrant city: the legendary Ion, which is sometimes called the “Abbey Road of Tango”, in February 2015, and Estudios Panda in April 2015. But Buenos Aires also has impressive new studios — like Romaphonic, which opened its doors in 2013. In terms of its layout and technical setup, this youthful enterprise in the borough of Monte Castro can rival almost any boutique recording facility in the world.

Despite having been open only two years, Romaphonic boasts an interesting history. It is located in a building that was designed as a recording studio in the late ’70s, but remained unfinished for many years. In 1997, legendary Argentine singer–songwriter Fito P ez bought the premises and completed the construction, naming the studio Circo Beat, and he kept it running until 2012, when current owner Nicolas Romero took over the place, remodelling and renaming it Romaphonic. Romero started out as a musician, and for a long time recording was merely a hobby to him; but eventually his home studio grew into a sustainable business, after which he opened Romaphonic’s predecessor Roma Studios before moving into his current premises a couple of years later. 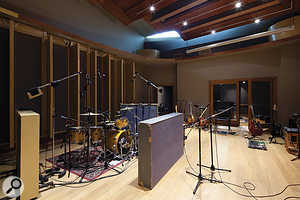 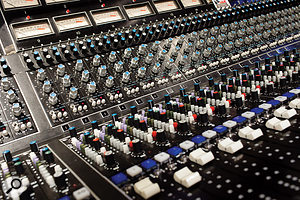 Clockwise from top left: the API console at Romaphonic once belonged to Dan Ackroyd and was used to record the soundtrack to The Blues Brothers; the unusual Fairchild 658 ‘Reverbetron’ spring reverb; a pair of choice Telefunken V72 preamps; and Studio B’s Shadow Hills Mastering Compressor. 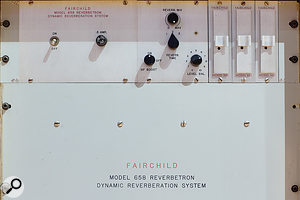 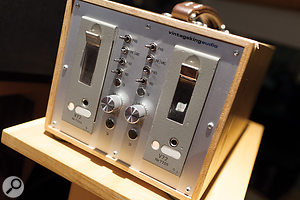 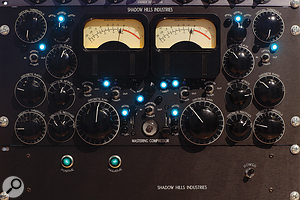 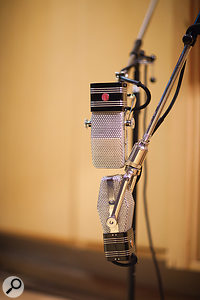 Modern classics: a pair of AEA R44 ribbon mics and a Manley Reference Gold set up in the live room. 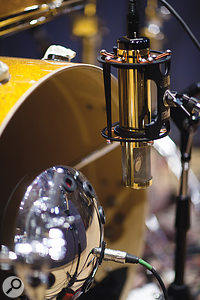 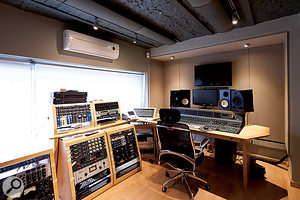 The smaller Studio B is perfect for overdubbing and mixing.Romaphonic’s main studio has a 35–square–metre control room and a 70–square–metre live area with two isolation booths. The smaller Studio B is suitable for overdubs and additional production, and there are two additional production rooms. The entire facility has a bright, open and friendly atmosphere, not to mention a spectacular equipment collection. Many studios specialising in rock music are based around vintage consoles of British or American descent, and Romaphonic has both: a Neve BCM 10 sidecar loaded with 10 vintage 1066 modules, and an API desk of impressive pedigree. It came from Dan Aykroyd’s private studio, where it was used to record the soundtrack to the legendary Blues Brothers movie. As owner Romero puts it, “It came from a Ghostbuster’s house!“ Yet, although he enjoys its 14 preamps and 30 EQs, he runs most drums and vocals through the Neve. Lucky are those who have both options at their disposal!

The outboard collection in the main room includes mostly current production gear, but there are a few vintage gems, too. Valve compressors including the ADL 670, Teletronix LA2A, Retro 176 and Sta–Level are joined by transistorised dynamics processors such as an API 2500, a pair of Purple Audio MC77s and a couple of Empirical Labs Distressors, while the EQ department provides a Chandler Curve Bender and Retro 2A3 Dual Program EQ as well as a number of SSL X–Rack modules. Vintage kit includes a pair of Siemens V72 valve preamps and a Fairchild 658 reverb.

Studio B is based around a Pro Tools rig with an Avid Icon D–Command control surface and a 16–channel API summing mixer built from a number of combined 8200 and 7800 units. This room offers a stunning outboard arsenal too, including 19–inch behemoths such as the Shadow Hills Mastering Compressor and a GML 9500 EQ and a good selection of 500–series modules. The latter are mostly equalisers, such as API 550A, Great River Harrison 32EQ, SSL 611 and M ag EQ5 modules, plus a pair of Retro Instruments Doublewide compressors.

The mic locker likewise holds plenty of current production units alongside vintage classics. Romaphonic offers Telefunken C12, AK47 and ELAM 251 mics as well as Neumann U87, U67 and U47 FETs, and there also is a good selection of dynamic and ribbon sound transducers, such as several AEA R44, KU4 and N22 and Coles 4038s. Equally impressive is Romaphonic’s vast collection of guitar amplifiers, running literally from Ampeg to Dr Z. There are vintage classics by Fender, Marshall, Vox, Hiwatt and Orange, and also more modern units by Soldano, Matchless, Bogner and Chandler.

Romaphonic has attracted mainly Argentine bands so far, yet these include some of the country’s biggest artists. Andres Calamaro, Abel Pintos, Rata Blanca, Tan Bionica and Miguel Mateos have all recorded there, as have a number of up–and–coming rock bands, like El Bordo, Salta La Banca and Eruca Sativa. Romaphonic has hosted the two most important rock groups from Uruguay, No Te Va Gustar and La Vela Puerca, and most recently, Steve Hackett has been using the studio with his Genesis tribute Genetics.