TV Music From The Inside Skip to main content

What would happen if composers were paid to pitch their ideas? It might just be the end of Western civilisation... 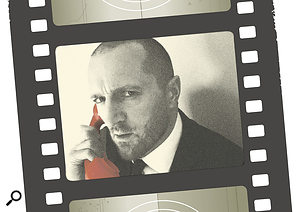 In 380BCE, the Greek philosopher Plato proposed in his masterwork The Republic that democracy was essentially a bad thing, as it upset the natural order of the universe. If scholars and slaves felt equal to each other, the very fabric of society would inevitably break down and there would be anarchy, which would ultimately result in tyranny and despotism. He was also a massive red wine enthusiast, and liked nothing more than to wrestle other men whilst bollock naked. Perhaps the kind of chap you might think twice about inviting down the pub.

How democratic the world of media composing is really depends on who you ask and how busy they are. The subject of whether or not composers should be paid to pitch ideas for potential projects raised its head again recently at a meeting I had with some top‑of‑their‑game professional TV/film composers and the head of a major British broadcaster. The general feeling seemed to be that it was time for producers to ask fewer composers to pitch for each job and pay them perhaps even just a token amount for their troubles. The hope was that this would not only eliminate the nightmare scenario of 30 people sending in four demos each for every gig, but that maybe programme‑makers might listen with more careful consideration to ideas if they had to pay to hear them.

Apparently, I was the only person in the room who objected. 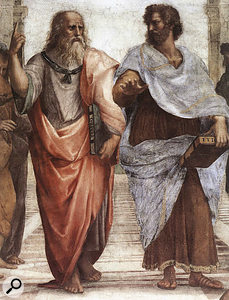 "And remember, things of this world possess earthly beauty only as they partake of the form of the absolute Good. Or if the executive producer likes them.”

Firstly, I love the fact that anyone can have a go. Open fights for jobs are messy, wasteful and terrifyingly speculative, but they are also the best antidote to the old boys' network. If a programme‑maker can only ask three people to pitch, which three are they going to ask? The people they've worked with before, obviously. And thus another generation of highly educated college graduates with degrees in audio production and media composing ask if we want fries with our Happy Meal.

Secondly, and more vitally, 99 percent of the time, programme‑makers don't know what they want. They don't want a composer to musically encapsulate concepts, emotions and themes already decided upon as part of the production process. They want someone to show them what they need. And who can blame them? How many of us can say we have ever commissioned a sculptor to create an original piece? I wouldn't have a clue what to ask for. And, of course, the more ideas the programme-makers hear, the more likely they are to hear something that pushes the right button. This is about as democratic as it gets. It sucks for the guys who don't get the job, but surely it's got to be better than half a dozen composers getting all the prime commissions. Hasn't it?

You Can't Always Get What You Want

Anyway, it doesn't really matter what I or the greatest philosophers from antiquity have to say on the subject, because in the cut and thrust of the media world, there will always be someone willing to work that bit harder and seize any opportunity to help the telly people realise what they need and give it to them. Of course, trying to get any of the telly people to admit this is as likely as them taking Celebrity Naked Greek Wrestling to the commissioners at ITV. "We could get Dannii Minogue to comment on who is the best oiled, yeah, while Louis Walsh would look awkwardly at the ceiling the whole time. Working title: Plato's Pounding Plums.” TV gold.