Where there's a newly independent republic struggling to establish itself on the world stage, there's an opportunity... 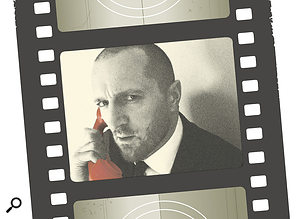 The Georgian Deputy Minister for Culture, Sport and Recreation is sitting on my studio sofa, wearing a large black leather jacket. He is eating cloves of raw garlic and keeps nervously checking his Blackberry — no doubt attending to matters of state in between telling me to make the weather music 'more polyphonic'. The Deputy Minister keeps a large attaché case next to his feet the entire time, and I'm desperate to peek inside. Will it perhaps contain nuclear launch codes? A poison‑tipped umbrella? Maybe my payment, which I am hoping might be cash, but could well turn out to be legal papers that result, at the end of the project, in me becoming the part‑owner of a brothel in Armenia.

I am busy composing music for the state TV News channel of the former Soviet Republic and we have exactly 48 hours. In this time, we have to produce 60 different tracks,  brand the entire channel and avoid any diplomatic incidents that could arise from the fact that I'm beginning to get the impression he didn't put himself forward for this trip based on his music production skills.

"Can we finish quicker please, Paul?” he asks, his accent thicker than Wayne Rooney‑flavoured porridge. "I want to make visit Beatles museum in Liverpool. You can find me bus from studio here to place of Fab Four, yes?” 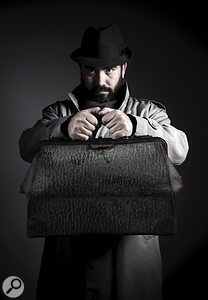 "The weather in Tblisi is clement in the springtime, Mr Farrer...”

Despite the occasional Cold War vibe, it's all going remarkably well, in fact. It's refreshing to work with someone who will respect my advice and treats me as a consultant rather than merely an obedient tool to help bring their creative vision to life. He's clearly enjoying his jolly in the studio as well, and the only moment of creative deadlock occurs when he produces a DVD of Billy Joel in concert singing 'Always A Woman', and proclaims that this style would be perfect for the News Headlines Loop. It's his wife's favourite song, apparently. Bless.

As developing countries get up to speed, it's amazing to see the range of opportunities for British talent in unexpected corners of the world. British skills and artistry, particularly in the media, are respected internationally — perhaps more than we realise. Without wishing to bang on our national drum too loudly, a brief look shows that our exports and musical success over the past few years have been a source of great pride. TV was one of the biggest growth areas for British composers in the last decade, and revenues for music works overseas rose from £15m to £50m, contributing to an overall rise in global earnings from £66m to £166m. So while at times it may feel as though we're only a heartbeat away from all drinking rainwater out of rusty hubcaps, there are still reasons for optimism to flourish.

In March 2010, Georgian news reported that the Russians were invading. Tanks had reached the capital and the president was dead. Cash machines across the country were emptied, mobile phone systems collapsed, and there was genuine panic on the streets. A few people actually died of the shock. Eventually, it turned out that the invasion story was a hoax. Apparently it was some sort of media satire about military preparedness or something. But for a few desperate hours, the entire nation was glued to its state news channel and watched the horror unfolding in real time — along with my pumping, dramatic soundtrack which, while not perhaps as polished as my other broadcast musical works, certainly provided value for money.