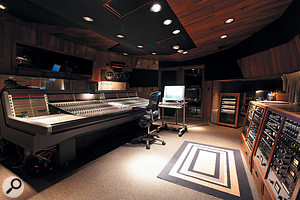 The control room in Westlake Studio A incorporates many of Tom Hidley's technological advances — and vast amounts of walnut panelling. Spread across two locations, the LA-based recording empire named Westlake Studios has played an important role in the making of some of the best-selling albums in the history of recorded music. However, Westlake the company has never been 'just' a recording studio. Westlake was founded in the early '70s by Glenn Phoenix, Tom Hidley and Paul Ford. Phoenix had previously worked for the tape recorder manufacturer 3M, while Hidley had owned a recording studio since 1965, but was starting to focus more on studio construction and acoustics. Westlake created one of the first standardised concepts for studio acoustics, with the aim of providing virtually interchangeable acoustic properties in different studios — an approach which became quite popular during those times. But, perhaps even more importantly, Westlake began to produce loudspeakers. Westlake Audio still produce several lines of professional studio and hi-fi monitoring systems; they are no longer commercially affiliated with the studio, but in those early years Westlake set up a demo room to present their loudspeakers, and legend has it that Stevie Wonder was so enthusiastic about the sound of this room that he insisted Westlake should set up their own recording studio. 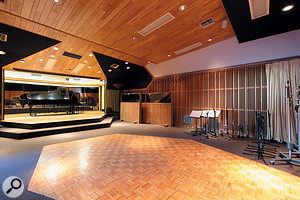 Studio D's live area is the largest of all the Westlake rooms.Shortly thereafter, this studio started operations on Beverly Boulevard in Los Angeles. Tom Hidley was responsible for a number of studio design innovations — he is, for example, credited with coining the expression 'bass trap' — and thus 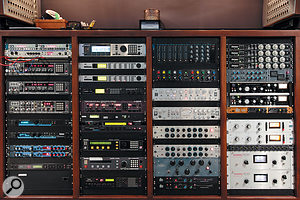 An impressive wall of outboard gear in Westlake Studio C's control room. it came as no surprise that Westlake's studio boasted many special features. Massive lead plates placed inside the walls help increase isolation, while the surfaces in Studio A have been refined with a staggering amount of walnut wood; probably it would be impossible to build such a room today because of the sheer cost of the raw materials!

Having A Disco Ball

Many disco classics have been produced in Westlake A and B. Donna Summer and Giorgio Moroder worked a lot out of Studio A. Soon afterwards, the room was taken over by Quincy Jones, Michael Jackson and Bruce Swedien, 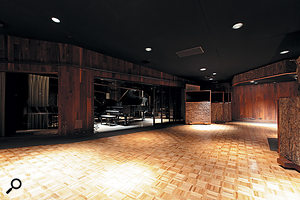 The history of Studio A's wood-panelled control room is palpable. who recorded parts of Off The Wall and mixed it here, laying the foundations for Michael Jackson's incredible career as a solo artist. They also worked here on the most important parts of Thriller, the biggest-selling album of all time. Van Halen's 2 was recorded in Studio A as, many years later, was Alanis Morrissette's Jagged Little Pill, also one of the best-selling albums of all time.

With all this success under their belt, Westlake opened up a second studio facility a few miles 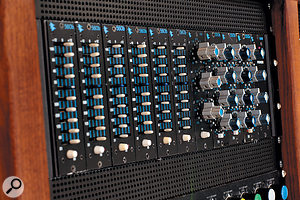 From left: classic discrete API equalisers from the era when Westlake was founded, in Studio C's outboard rack; an SSL AWS 900+ console in one of the two smaller production suites; and the Lexicon remote integrated in the 72-channel Neve VR console in Studio D. further east on Santa Monica Boulevard. Studios C and D were built for Quincy Jones and Bruce Swedien, and Studio D remains the largest of all Westlake rooms, with a 60-square-metre control room and a 100-square-metre live room featuring an elevated stage area on one side of the space. Michael Jackson's Bad, and parts of Dangerous were recorded here, and in the '90s, Sony booked the studio for seven consecutive years to edit and mix live recordings by the King of Pop.

Today, the studios belong to the Bur-Mac Group, founded by Steve Burdick and Al Machera. Burdick made a typical career in the studio business: he started out as a runner, got promoted to looking after bookings and finally to Studio Manager. After a stint in post-production he returned and acquired the studio with its two locations. 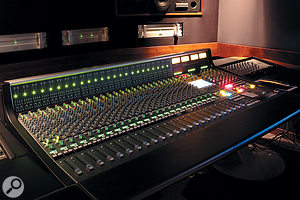 A and B is secluded, and today, with its wooden interior, almost feels like a time capsule from a different era of record production. By contrast, the larger Santa Monica Boulevard branch seems more bustling, having been expanded with Studio E and a few smaller production suites in more recent years. With no fewer than five large and several smaller studios, Westlake remains one of the largest and most important studio complexes in the music metropolis that is Los Angeles. Many film soundtracks have been recorded at Westlake, and the pop music client list includes Missy Elliott, Madonna, Marilyn Manson and Justin Timberlake, to mention but a few of the biggest names...

All the large Westlake rooms are equipped with high-spec mixers such as the SSL 9000 J-series or Neve VR, 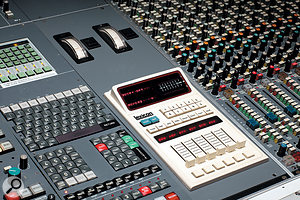 while the two smaller production rooms use SSL AWS 900+ consoles. The outboard collection is similarly impressive, and classic units from manufacturers such as AMS, Lexicon, Urei, GML and Dbx are available in all Westlake control rooms. Above all, though, it's the rooms and their history that still make Westlake a first-choice destination for many of the world's leading artists and producers.