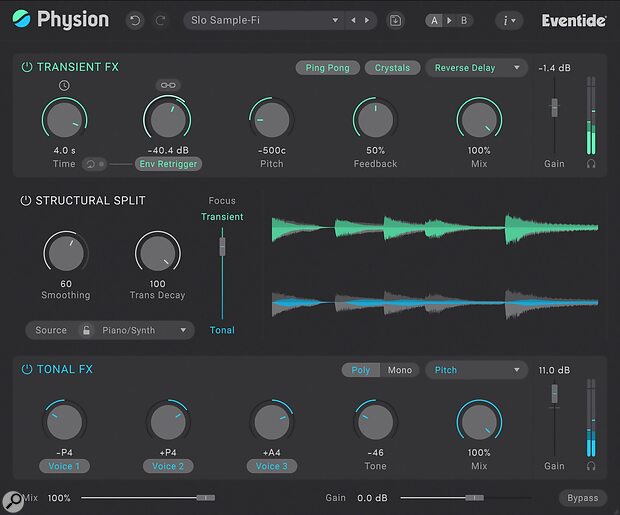 This week Eventide released Physion MkII, an advanced multi-effects plug-in. Comprising a huge variety of world-class Eventide effects and using their Structural Split technology, Physion MkII lets users split sounds into their constituent transient and tonal parts, process them separately, and then put them back together.

Eventide have fine-tuned each effect to make the most of their Structural Split technology. This allows effects to work on the transient and tonal elements of a sound separately, providing a wealth of fresh possibilites as seen in the video below. Eventide also included over 500 presets for speedy access to the comprehensive coverage of effects this plug-in can offer.

Physion MkII is available now for Mac and PC in VST, AAX and AU formats for an introductory price of $99.