David Greeves: There's No Wrong Way To Be Right... Skip to main content

David Greeves: There's No Wrong Way To Be Right...

Sounding Off By David Greeves

There's no wrong way to be right... 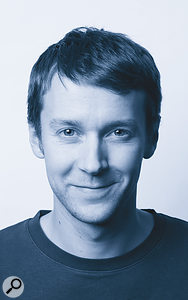 Some records just seem to do everything right. A track can be great for lots of different reasons — the material, the arrangement, the performances and the production — but sometimes all of these elements knit together with such perfect symmetry and all‑round 'rightness' that the effect can be breathtaking. There's probably a very long, very clever German word for this (zeitrichtweltenklang, or something like that), but I'd rather call these records what they are: unbetterable.

It goes without saying that deciding which tracks meet these criteria is a highly subjective business. It's easy to imagine how one person's unbetterable could well be another person's unbearable. We might just about be able to agree on what constitutes great production and arrangement in theory, but in practice, hard and fast rules simply do not apply. Countless recording techniques have been developed through a total disregard for correct methods and a willingness to bend and break every rule in the book. And when it comes to defining greatness in terms of songwriting and performance, you can forget about it.

In any case, this is not about being 'great' — it's about being 'right'. Take Neil Young's 'Tonight's The Night' or 'Magnolia' by JJ Cale, neither of them exemplars of drum‑skin‑tight arrangement or polished production, but both absolutely perfect in their own way. Contrast this with the crystalline precision of Talk Talk's 'Happiness Is Easy', or the sparse, paranoid sound of the Cure's '10.15 Saturday Night', or the busy, multi‑layered fuzz‑fest of the Smashing Pumpkins' 'Cherub Rock'. As Radiohead might put it, the one thing that binds them together is 'Everything In Its Right Place'. There's a consistency of focus, feel and intent in every molecule of their make‑up.

For punk and garage rock fanatics, the 'right' thing could be a total lack of what we might call production values. They might argue that if the object of the exercise is the thrill of raw, unpolished performance, raw and unpolished production is entirely fitting. For me personally, there's invariably some element of technical expertise in creating these unbetterables — like every other aspect, I need these records to be sonically enjoyable — but I'd struggle to argue against their point.

Can we even divine a set path to take if we want to create this sense of unimproveable rightness? It's tempting to think that the best route is that of the studio auteur, obsessing over every detail of tone and texture. For this breed — a Radiohead or a Massive Attack perhaps — the studio is not just a space to record but a place to experiment, construct and create. It's certainly true that this approach has yielded many rich, absorbing records (and quite a few terrible, overblown ones too) but it's not the only way. One of my favourite albums of the last five years is James Hunter's People Gonna Talk, a pitch‑perfect slice of old soul that was recorded more or less live at Liam Watson's celebrated Toe Rag Studios.

That's an obvious example of the material and the production fitting hand in glove — if you want a vintage sound, then using vintage equipment and old‑fashioned recording techniques is a sensible way to go — but the point still stands. The sound of the record, not just the instruments themselves but the way they've been recorded and mixed, is as much a part of the experience as anything else and here it is totally in step with the tone and feel of the material.

Great production is about more than technical correctness or even, I'd argue, getting the best possible sound. The ancient model of the producer in his pinstripe suit and engineer in his lab coat is long extinct. The modern record producer often has to be both and much more besides, but the key task is surely to look at every element of the bigger picture, and make sure they're all pointing in the same direction and adding something to the whole. This requires technical expertise, knowledge and experience, but also good judgement, instinct and, more often than not, a deft touch.

David Greeves is a freelance writer, ex‑editor of Guitar Buyer magazine and former SOS staffer. You can hear some of his own, so far unsuccessful attempts at perfection at www.myspace.com/davidgreeves.