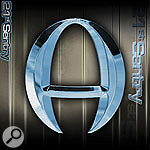 Kicking in with a drop-pitch electronic cymbal sound, the first track on this CD doesn't mess around with prolonged introductory sections but gets stuck in straight away. It uses well-chosen samples of male and female dialogue from the movie Escape From New York, one of which ('Who Are You') obviously inspired the title of the track. This recurring sample is heavily treated, and at one stage it sounds as though it's being chopped by triggered gating. I also like how the synthesized percussive hits interact with the voice, by pre-empting and echoing the rhythm of the simple three-syllable phrase. Other effects, like the delayed version of the main dialogue sample, are panned hard to stereo right, while the dry sound is panned hard left. This gives a nice sense of stereo movement and adds interest for the listener.

These fat-sounding mixes are the result of well-chosen sound sources and the competent use of effects in the stereo field. The much-sought-after sound of the Roland TR909 drum machine is used in combination with the excellent SCI Pro One synth for the second track. The hi-hats are weighty and solid, while the low-bandwidth snare leaves plenty of space for the looping pulsewidth-modulated Pro One to do its thing in the mid-range. In particular, the more 'open-filter' sounds benefit from having room to breathe. This track was recorded live and has a strong ambient flavour, so you can forgive its running time of over nine minutes. There are some nice touches in the use of effects, with what sound like echoed and vocoded vocal samples dropped into the mix here and there. Elsewhere, the beat drops out and the echo repeats are left to decay while the synth loops swirl around. The beat is then re-introduced at a different point in the bar to give a fresh accent to the Pro One. In truth, it's difficult to see how this track could be improved on.

Two points arise from this month's crop of demos. First of all, there's still too much over-equalisation of upper-mid and high frequencies going on. I suspect that this is often the result of an attempt to make tracks sound like a finished and mastered CD even at the overdubbing stage. My advice is to avoid using too much EQ at this point and instead concentrate on getting a good source sound. Save the serious EQ'ing for the mixing and post-production stages.

Secondly, post-production compression and limiting seems to remain a bit of a mystery to some of our demoists. I strongly suggest reading all the articles on this topic in back issues of SOS (you can search for 'mastering' on our web site). You also need to take the time to experiment with your own gear. I get the impression that some of you are afraid to test the tolerance levels of your plug-ins. Here's a little exercise you can try. Run the mix with a safe amount of processing, then do another which pushes the boundaries a bit, and finally do one which is completely over the top, observing the differences. Don't play them again for at least a day, then go back and give your mixes a fresh listen. You may be surprised at what does and doesn't work, and the amount of difference it makes to the sound. 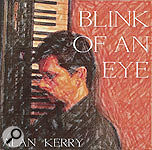 Alan's CD contains a single track entitled 'Blink Of An Eye' which, in terms of style, could be loosely labelled as 'melodic rock/pop'. The picked acoustic guitar near the beginning of the track is a triggered sample but works well enough, especially when the pad keys join the arrangement and blur the sample's lack of dynamic feel. Funnily enough, this kind of sampled acoustic guitar is heard so often, especially on TV, that I almost think of it as a sound with its own identity rather than an emulation of a real instrument.

The mix is bass guitar-driven and there are two points I'd like to make about this. The first is that the sampled bass sounds very good, similar to a Fender Jazz bass in character, and it's played with the slightly random timing of a real player in a jam session. A production decision must have been taken to apply minimal quantisation, or none at all. My second point concerns the way the bass works in the mix, which I'm not totally convinced about. For example, the bass doesn't stick that tightly to the main drum loop, which itself has been over-equalised by boosting the HF range. If the original intention was to drive the mix from the bass guitar, then it should have been recorded first with a greater level of quantisation, before recording the live drums which were used to create the drum loop that runs throughout most of the track. This would enable the poor old drummer to play in time more easily and create a better loop.

If, on the other hand, the idea was to record the drums first for the bass to play to, the drums should be allowed to play a more dominant role in the mix. More attention could then be paid to the bass guitar's timing, to achieve maximum groove and punch. In fact, part of the reason why the existing mix lacks punch is the low level of the bass drum. Also, other sounds, such as cymbal crashes and fills, have been added, and these don't quite gel with the main drum loop, or provide highlights in a poor drum submix. Something like a cabasa has also been added and in my opinion this adds to the general confusion in the HF range, without really improving the groove. It proves the point that you must get the basic foundation of the track right before building it up. I also think Alan's gut feeling about using real drums is correct for material like this, regardless of what your spouse thinks!

Regarding how the CD has been mastered, Alan wants to get the end result competitively loud without squashing the dynamics, but his CD is 3-6dB lower than some commercial recordings. I think he could squeeze out another 3dB or so with a maximiser or a multiband compressor/limiter working more lightly on the bass frequencies — given the volume of the bass in the mix, you wouldn't want it to dominate the processing. 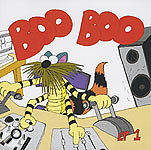 This CD has a great cover featuring a cartoon cat behind a DJ console. Musically, it's quirky dance music with strong garage leanings, but the first track also draws in strands of Madness-style piano and Flamenco guitar. Tim Diggle, its creator, maintains that it's got a two-step feel, with heavy basslines and a quick tempo, but he's mixing other stuff in there too and I think these tracks are all the better for it, as two-step needs a bit of spicing up, in my opinion. The use of sampled guitar phrases and piano is interesting, particularly as he's created the samples himself. With such a minimal mix of sounds you'd have to be really poor at engineering to get it wrong. Nevertheless, Tim avoids the obvious pitfalls of overcooking the low frequencies, even in mixes which are, by necessity, bass heavy. My favourite track is 'Choir', where he's obviously created the vocal choir by multitracking his own singing, although there's a nasty click on one of the loops (the bass, I suspect) which isn't in time with the rest of the track.

A pair of acoustic guitars are used effectively on Ben's first track, with the slide guitar playing nicely off the strummed and picked rhythm guitar. Basic percussion and a Latino bass line drive along the opener, 'Peace Mango', and the addition of a blues harp on the playout is a nice touch, if rather understated in the mix. Ben has a good, full-sounding voice which is captured nicely by the popular combination of a Rode NT1 and a Joemeek compressor. There's a tendency to overdo the upper-mid equalisation boost on the guitars, and this comes across especially on the second mix. Here, everything sounds lightweight and is lacking in energy, when a little more hard mid would better suit Ben's earthy, organic vocal style. Undoubtedly this is also a result of too much compression — the drums, in particular, suffer. Without knowing what produced the drum sound, it's hard to tell whether it's the source sound that's at fault or the compression Ben himself has applied. As for the songwriting — what a refreshing change to hear some upbeat, happy music to remind you of the summer, especially when it's well played, well sung and well arranged too. 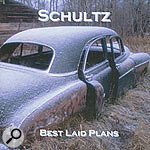 Karl Harrison would like to improve the drums on his rock guitar recordings but doesn't want to go down the PC route — it's got to be hardware. Well, he's got enough tracks at his disposal to record real tambourine, hi-hat and cymbals, for a start, which would help the feel of the drum tracks. The old Alesis HR16 drum machine he uses may be basic, but I have always preferred the sounds on it to those of the D4 and D5 series, which, in my opinion, are over-processed, lightweight, and don't sit well in the mix. If he wants to stick with a drum machine, I suggest looking for an old Roland R8. I always thought it sounded the most realistic and it has an excellent range of velocity and pressure layers for those all important hi-hats. Otherwise, I would consider acquiring a sampler and an old computer with no audio capabilities to act as a sequencer — an old Atari, PC or Mac (even a 475) will cost next to nothing. Karl also asks whether a mic preamp such as a Focusrite would improve the vocal sound he currently gets from his Rode NT1 mic. I would shop around and listen to anything with a decent EQ and compressor in addition to a preamp.

These dance tracks, produced using Reason and Cubase SL, aren't as dubiously flaccid as the artist's name. In fact, a very dry and up-front mix puts them right in your face, but I'm surprised that WW didn't make more use of the delay effects or fantastic filtering power of Reason to bring more interest to the production. He gets a good groove going and then lets it run without much development, with the exception of the second track, which is more varied but nearly nine minutes long. But even here some of the sounds, like the backwards cymbal and synthesized wave crash, aren't capitalised on (using automated panning, for instance) and the mix sounds pretty much the same in mono as stereo. I'd like to have heard more use of wide stereo effects, panning of loops, and rhythmic interaction between loops on the left and right of the stereo field.

Nick's raw guitar sound is stifled by the use of muddy modulation on the opening track, and this takes some of the aggression away from his basic guitar-based pop. For a more contemporary sound I'd also suggest mixing the guitar a touch louder. Elsewhere, he's over-fond of a low-bandwidth plate reverb, provided by a Lexicon MPX100, for the vocal. This would be better swapped for a brighter reverb with some pre-delay. Musically, the arrangements are kept fairly simple, as Nick is recording on a Fostex FD4 four-track digital recorder. However, for some extra production magic — further guitar and backing vocal parts, for example — it would be worth bouncing down the drums, bass and guitar to free up tracks.