Is The Digital Studio A Lonely Place? Skip to main content

Is The Digital Studio A Lonely Place?

Sounding Off By Dr. Nik Farrell-Fox

Is the digital studio a lonely place? 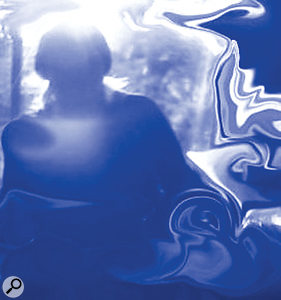 In his play Huis Clos (No Exit), the French existentialist philosopher, Jean-Paul Sartre, presents human relations as lonely, conflictual and hellish. In a vision of hell made up of period Louis Philippe furniture, constant bright lights and no sleep, three people are locked in a closed room together. Fixed by the look of one another, they are unable to escape the objective representations that each one holds. Hell is other people, to the extent that you become how you are seen by other people.

Making music in the present can be pictured as an altered state of this dramaturgical hell, where the presence of another person has become something of a negative. Seated in front of the computer, the individual can construct a vast sonic imaginary, made up entirely of sampled digital elements that provide a sound palette previously unattainable without the live collaboration of a concert hall full of musicians.

Why go to the trouble of recording a friend with grade two violin, playing a screechy instrument in a broom cupboard, when it's much easier to play the part using samples of a priceless Stradivarius, played by a concert violinist, in sumptuous acoustics, recorded at 192kHz with full MIDI programmability? Those days of internecine warfare are over. No more nerve-strained arguments with band members about whether to pan the lead guitar to the left or right channel, or whether to duck the piano when the vocal re-enters. As a sovereign composer, musician, mixer, producer, creator and manipulator of samples, one is in perfect control.

In one sense, this is a positive, democratising development. Anyone can produce complex compositions on their own without formal training, knowledge of music theory, or a monolithic record company to produce and distribute them. In another sense, however, digital technology has had the adverse effect of isolation, of what Karl Marx would call our 'estrangement from species being'. Not only do we primarily listen to music as separate individuals, we also tend to make it in much the same way.

Contemporary music is a bizarre phenomenon that has its digital roots in Ancient Greece. When Pythagoras introduced a screen between himself and his followers, and brought about what musicologists call acousmatics (the removal or 'masking' of a sound from its original source), he began a fundamental deception in music that would intensify and grow ever bigger following the invention of the gramophone, tape machine and digital computer.

When you listen to a typical modern-day track, it is likely that you are being acousmatically deceived in a number of ways. There's a possibility that the band never actually played together on the recording, and instead overdubbed all of their parts separately from one another, all at different times. The songs may be at different tempos to when they were recorded, having since been grid-aligned and time-stretched to a fixed tempo. The illusion of choral backing singers may actually be a single voice being pitch-shifted, delayed and panned, and the vocal take may never have existed as a single performance, instead being a collage of hundreds of micro-performances. And despite what it may sound like, there wasn't a robot in the recording studio: it's just a human voice with an extreme vocoding effect.

What you hear hides a multitude of acousmatic devices and ploys. This permeates our relationship with each other, and ultimately becomes a practical instantiation of Sartre's 'hell is other people'. The other person is still there, but has been removed from the shared social space, to become a digital trace, a node of communication and external facility.

Unfortunately, as the real flesh and blood drops out of view, music is in danger of becoming a cold and calculative process, in which spontaneity, laughter, synergy and collective experience have become neglected relics. Despite its multifarious advantages, the digital studio can be a very lonely place. Hell is indeed other people, until you need a real guitarist, drummer or vocalist, or, indeed, just someone to talk to.

Dr Nik Farrell-Fox is an academic philosopher and member of the International Society of Sartre Scholars. He is also a digital composer and musician.