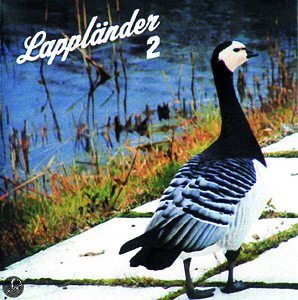 Janne Lappalainen, or Lapplander to his fans, is a difficult musician to categorise. Perhaps the easiest way to go about it is to think of him as a one-man band who happens to own some expensive recording equipment, but isn't always sure how to use it best.

Musically, the tracks veer from eerie space music — which reminded me of the scene in The Man With Two Brains where Steve Martin does crazy brain operations — to the electronic beats you hear in the classic 1982 film Tron, during the 'light bike' chase scene.

If you'd enjoy being locked in a room listening to the mind of a potential genius (who probably needs to learn a few more techniques for recording electronic music), you will probably love Lapplander. Personally, I think he needs to develop his production skills further before releasing another album to the world. That said, I fully expect to hear of him writing the soundtrack for Back To The Future 2015. 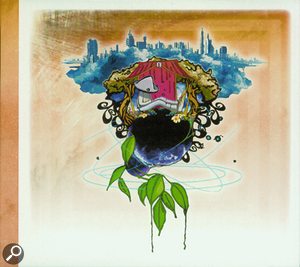 Syd Arthur's music brings to mind early '70s progressive rock, fusing Led Zeppelin, funk, jazz and feel-good harmonies. The result is quite 'summery', and gives the impression that the musicians are really enjoying themselves at a festival, jamming to a field full of cider-addled punters.

Syd's vocal is quite individual, with a clear English accent in the lower registers and a kind of classic rock tone when he sings at a higher pitch. All the instruments are played to the fullest, with some blazing violin and mandolin from the wonderfully named Raven Bush, as well as a crazy flute solo on one of the tracks.

The songs themselves aren't that 'hooky' and sound like they're the result of full-band jams rather than songs that have been brought to a band, then arranged.

The recordings are perfectly listenable: they don't set the world alight or have a particular production sound, but they document a band that likes playing together live.

Still, a little more effort on the production side would bring the energy the band have to the fore. The drum sound and some of the guitar solos are a bit roomy on this EP, as if the recording space could have done with a little more damping. 'Planet Of Love' has the best mix of the lot, boasting the greatest degree of clarity. 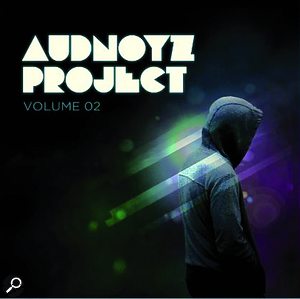 The mysterious "master musician” behind Audnoyz is nothing if not ambitious. The aim behind his second full-length collection of material appears to be to include absolutely everything. Upright bass, techno beats, guitar feedback, Indian and African instruments: all are grist to his mill, and they are often overlaid with fragmentary, heavily processed vocal samples. In fact, little here is immune from heavy processing, and one of the most impressive aspects of the album is Audnoyz's ability to retain a focus on the bigger musical picture while throwing himself into some very detailed sound design. There's not much here you can dance to, but there are plenty of hidden depths in which you can immerse yourself. Sam Inglis 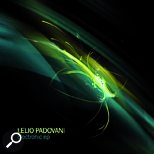 Lelio Padovani stands out among the sort of people who send in instrumental electronica for review, mainly because he seems to have a grasp of concepts like suspension and inversion, and as a result, his chord progressions actually progress. In a world where the thought processes of many wannabe producers run along the lines of "Maybe I'll just loop that C major arpeggio for another 64 bars,” that sort of old-fashioned musicality makes a refreshing change.

The flip side, though, is that this musicality is paired with an equally old-fashioned attitude to synth programming and sound design. Despite having produced his music entirely in the box, Padovani attempts little that couldn't have been recorded in the mid-'80s, and rarely departs from a template which could be summed up as "Vangelis, but with more widdly guitar”. It would be nice to hear him attempt something that is sonically a bit fresher and more original. Sam Inglis 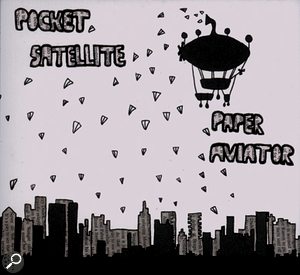 The beginning of Pocket Satellite's EP phones in the vocal style before the vocal actually arrives. The twee acoustic sound made me expect that 'female ingenue' vocal style, probably with a slight cockney affectation, and that's exactly what I got.

The record carries on in a twee nu-folk vein, with lashings of glockenspiel, quartet strings and songs about snowglobes, rainy days and other kinds of wistful weather.

The recordings are nice, although I did start to suffer from glockenspiel overload by the end of the CD! Also, the character of the acoustic instruments leaves a hole in the low-mid frequencies much of the time, so the bass could do with being richer and warmer in order to patch it over. 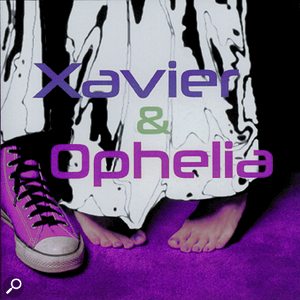 This debut EP from producer and singer-songwriter duo Xavier & Ophelia is very well produced, with a nicely separated mix that's suited to the radio or the iPod.

The opening track, '6 Billion Lonely People', wouldn't be out of place on the soundtrack of a US teen drama or similar film, with a simple hook grabbing the listener.

From here on, genres blend a little, and a clear jazz influence peeks out from behind the heart-on-sleeve pop. 'Chateau Marmont', in particular, fuses latin-jazz rhythms with a high-energy pop-rock solo and a catchy chorus.

'Last Recorded Summer' has something of a Bacharach feel to it, plus a really good hook, and is my favourite track alongside the Portishead style 'Milk & Honey'. The only real stumble on the record is a cover of 'Use Somebody' by Kings Of Leon, which sounds rather lifeless compared to the stadium-baiting original.

I'd have liked a little more delicacy in some of the lyrical rhymes: the hooks are classic simplicity, but some of the verse lyrics sound a little self-consciously poetic in this pop context. There's occasionally too much vocal tuning for my tastes as well, though it's not out of sync with current trends.

Those minor gripes aside, the whole package is very accomplished, especially on the production side. I think the pair will have success with TV, film and advertising licensing in particular. J G Harding