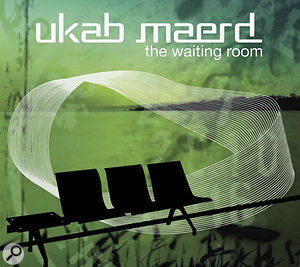 Ukab Maerd? Sounds like an anagram of Muka Beard. Or, as it turns out after a good nose through their web site, Baku Dream spelt backwards. The Baku, to whom the title refers, are apparently spirits of the dream world. Who, along with shifting the shape of their name to form other random words, are the devourers of evil dreams and nightmares. Scary stuff, if you are five years old, or if you believe in witches.

Musically, Mika's Beard are progressive in the extreme. Their first track comes in at an eye‑watering 23 minutes, and I can say that after the first 10 I had begun to understand what it must be like to lie in a deprivation tank listening to whale music. In fact, once I'd woken up from my mediation I realised that the album only consisted of four tracks, all seamlessly melded into each other so as to ensure a peaceful night's sleep. Or a less peaceful night taking mind‑altering drugs, depending on your persuasion.

It's unlikely that you'll see Ukab Maerd hitting the big time in the pop charts any time soon, but they have definitely carved out a sound for themselves in the strange and sleepy world of progressive electronic music. If this is your thing, I'd recommend that you pop the album onto a waterproof Walkman, because it's best enjoyed whilst swimming with dolphins. Sarah Bowden 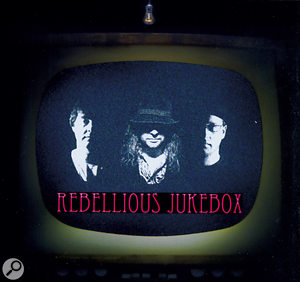 No matter how cheap it becomes to emulate the entire Abbey Road equipment cupboard in a PC, there remains a subtle but obvious gulf between the CDs that arrive at SOS for review in this column, and the Proper Records that come through from Major Labels. The experience of forgetting that what I'm listening to is a reader demo is still quite an unusual one, so it's a tribute to Rebellious Jukebox's production chops that I found myself doing exactly that with some of their tracks. Their drum sounds are particularly impressive: it sounds as though they began with a very careful recording of a live kit, taking care to achieve enough separation to permit some pretty drastic processing in places.

If there's a down side, it's that for all their skill, the record they fooled me into thinking I was listening to now sounds a bit dated. Most of the influences I could detect seemed to hail from the late '90s, and the sound as a whole could do with freshening up if it's to make an impact. Oh, and while I'm deflating an otherwise positive review, I must point out that very few Proper Records involve band names as dreadful as Rebellious Jukebox. Sam Inglis 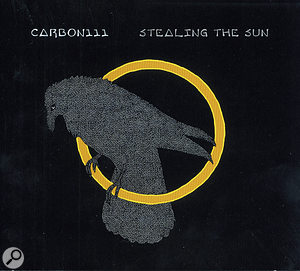 James Maier is, he says, "actually looking forward” to one of our "famously critical reviews”, as though expecting some sort of ritual humiliation. Perhaps it's a masochistic thing, like love dungeons, or allowing the drummer to meet your girlfriend?

Maier's music falls somewhere on the endless rainbow of sound that is 'electronica'. Specifically, it falls on the greeny‑blue bit where everything feels a bit dreamy and confused, and no‑one is seriously thinking about dancing. There's a lot of reverb, some slightly old‑fashioned drum loops, and a sound palette that blends synths with recognisable instruments such as pianos and guitars, albeit with a lot of reverb on them. Maier's vocals drift in and out at a level where it's frustratingly difficult to make out the words. It's pleasant, but more often workmanlike than inspiring. Sam Inglis 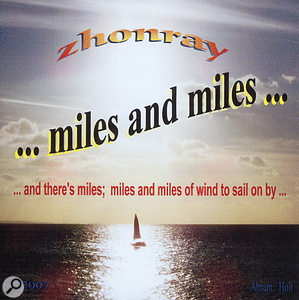 Zhonray's music sounds as though it was generated mostly using a 20‑year‑old home keyboard, and their naïveté is both endearing and slightly incredible in this day and age. It's as though the duo have been trapped in a time warp without access to the outside world, laboriously layering up sounds on an ancient Casio. It's like the imitation Earth music aliens would create if they had only a John Shuttleworth cassette as reference material.

A peek at their web site reveals that Miles And Miles is but the latest in a long series of such albums, including one described as "Chill Out Music with a hint of Country”, and a concept album for doing the ironing to, "intended for background music in local pubs and clubs in the North Wales area”. If you're from that neck of the woods and, like me, think it has the potential to be a cult classic, you'll be pleased to learn that Miles And Miles is "on sale at Aberystwyth University's Arts Centre, by the Christmas Craft Fair, next to the cafe area” — and that the Macmillan cancer charity benefits from every copy sold. Sam Inglis 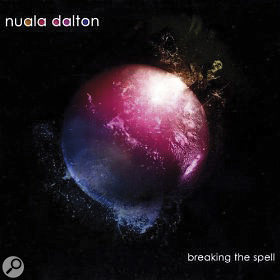 When I opened Nuala Dalton's package I was curious to see how music described as "heartfelt, strident and groovy” might pan out. 'Groovy' isn't exactly a word you use lightly now, is it? Would it sound like Phil Collins? Or the Farm?

Well, actually it sounds like neither. Instead, Dalton has created a whole new kind of groovy called strident groovy — which, it turns out, really isn't that groovy at all. More just strident, if I'm honest. Of course, vocally, as you'd expect, Nuala sounds like PJ Harvey, or the happier and less strident Tom Tom Club. But the songs, whilst indeed heartfelt, do get a little bit samey over time, so I'm not entirely sure she has quite the same appeal right now. Still, if strident groovy is your bag, and if you are ever in Newcastle looking for a night out dancing to some serious lady singer‑songwriter music, you could do worse than look up Nuala Dalton. Sarah Bowden 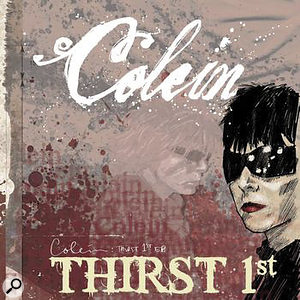 Linda Duggan is a female vocalist from Brighton who has, according to her press release, worked with the likes of Boy George, Paul Weller, Mick Jagger and Soul II Soul in the past. And you can tell why. Her vocals are the sort of thing you could easily imagine on a Basement Jaxx or a Massive Attack album: melancholy, soulful... reminiscent of a less fragile Liz Fraser, perhaps.

The Thirst 1st EP, however, is a strange collaboration. Behind the music are Kinky Roland (best known for producing tracks and remixes for the likes of S Express, Bananarama, John Taylor and Boy George) and Richie Stevens from Dubversive. Whilst both of them produce some excellent music individually, the main impression I got from the EP was its focus on the trip‑pop sound from the '90s. Which, while certainly well‑produced, ended up sounding a wee bit dated in the context of today's musical offerings. Whilst I'm aware this may start a wider argument about the state of modern music today, I couldn't help feeling that this EP is an opportunity missed. Good, but not quite unique enough for me. Sorry chaps. Sarah Bowden 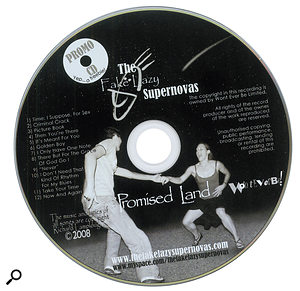 Fake Lazy Supernovas keyboard player and main man Richard Lamplough has one of the strangest musical visions I've encountered. In fact, I'm slightly amazed that he has managed to recruit a full complement of band members, not to mention what appears to be a sizeable chorus of young women.

I would lay bets on Richard's having a background in musical theatre, unless there is some other genre I'm not aware of that is also based around corny electric piano vamping and massed female vocals. The latter are a definite highlight of what, in production terms, is a completely topsy‑turvy affair. Levels are all over the place even within the drum kit, let alone the mix as a whole, while Richard unleashes keyboard sounds twinkly enough to make even the cheesiest cruise‑liner lounge duo think twice. The guitarist seems to have wandered in from a funk‑metal session next door, and sporadic spoken‑word sections only add to the sense of disorientation.

It's never dull, but is it really the best showcase for Richard's talents? Light‑hearted cabaret tunes alternate with heartbroken ballads, and along with the eccentric production, tend to undermine any feeling of sincerity that the more serious material might once have had. The Fake Lazy Supernovas sound, well, fake, and would benefit from reining in the whimsy and deciding on a clearer direction. Sam Inglis

The Fire And I 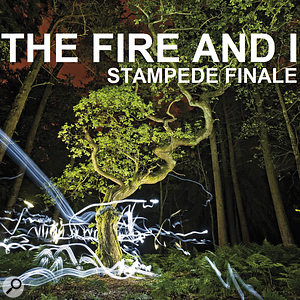 The Fire And I, from Bathgate in Scotland, have an impressive sound. Not least because, as it turns out, there are just two of them, making all that noise out of just drums and bass guitar. Reminiscent of early Biffy Clyro (who they've supported) or the Young Knives (who they've also supported), The Fire And I have obvious inluences, but nevertheless have a sound that's unique enough to stand alone within the scene.

The album itself is commendably produced, and although at times a little bit repetitive sonically, is a great showcase for the obvious bass and drum playing talents of the people behind the sound. My only advice would be for them to develop a little bit more 'light and shade' in their music, as I'd be interested to hear them singing something a bit slower. But definitely Ones To Watch. Sarah Bowden

Here's To The Good Life 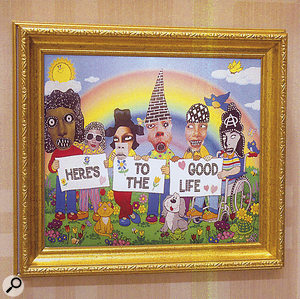 Onetime Younger Younger 28s frontman Ashley Reaks comes armed with a name that invites the response "does he?” and a bio that could engage even the most jaded listener. I particularly liked the immortal line "I got an admirable 0 percent in my art exam for ignoring the set questions and tracing the sleeve of the first Ruts album instead.”

With such leftfield presentation, it's a surprise to find that Reaks has left obvious punk influences behind for slick AOR. He and his band have the assured smoothness of seasoned musicians, with some very nice brass arrangements topping things off nicely. Yet Chris Rea this is not: Reaks' subversive lyrics carry more barbs than a well‑equipped fishing party, and his arrangements occasionally jolt the listener with unexpected deviations into ska or music‑hall — the skiffle‑tinted title track is a particular highlight. Excellent. Sam Inglis