The Eyes Of Icarus

This is one of those bands whose output is so intricate, with such apparently indefatigable drive, that you really wonder how they ever got started. Their arrangements are so detailed and energetic that it almost seems like a coincidence that they formed the band, like they all just happened to be playing exactly the same thing at the same time, otherwise they would have musically missed each other. A bit like trying to jump onto a moving train; your timing would really have to be perfect. 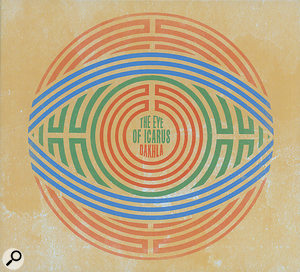 Horns and drums and nothing more makes up the funk/jazz powerhouse that is Dakhla. But actually it is more than that; talent, instinct and creativity add to these basic elements to make this a real force to be reckoned with. At the centre of it all is baritone-ess Charlotte Ostafew, who obviously knows what she likes and knows how to get it. Who knows what the dynamic is here? But you need a very strong creative vision behind a setup like this.

Other bases are covered by Sophie Stockham on alto sax, Pete Judge on trumpet and Matt Brown on drums. Without the right skill and direction, this could be a crash-and-burn project, producing the most confused and cacophonic of sounds. And it is a very thin line that divides the two, but Dakhla are always firmly on the right side of it.

Special mention must go to Brown on drums, who lifts the whole sound from intricate, funky and jazzy (which is common) to driven, energetic and exciting (which is not). A great aspect of this group of musicians, too, is that they're not tonally perfect; not slick or overly polished. They've maintained what, I think, makes it: that little bit of grit that gives them an edge.

And containing all this is a packaged product that is certain and confident; unwaveringly sure of itself in a totally unpretentious way. They'll have finished the tour by the time you read this; you really shouldn't have missed them. Nell McLeod 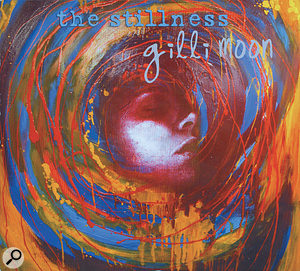 Singer-songwriters often tend to introspective self-obsession, but Gilli Moon takes it to new extremes. The Inner Life of Gilli Moon seems to absorb her above all other topics, even though said inner life appears to revolve entirely around homilies internalised from self-help books. It's all "Everything you do in your life comes from your inner dreamin',” and "Stillness can create your spiritual mapping.” For 14 songs in a row.

As a result, the good qualities of Gilli Moon's music ­­— she's a very respectable singer, and the production is more than competent — are overshadowed by the narcissism on display. If Ms Moon wants to spend her time "calling the silent prophet within”, or having an endless "conversation with me”, of course, that's up to her. But from the point of view of entertaining an audience, it might be an idea to look up from her own navel once in a while. Sam Inglis 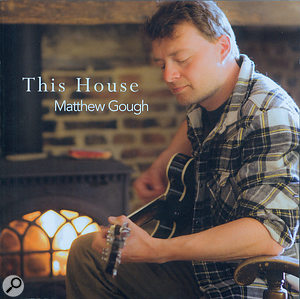 The last CD Matthew Gough sent us, back in 2007, did not meet with kind words, so full marks for bravery in pitching in with a second album! This time round, I suspect his smartest move has been to bring in mastering engineer Tim Lynch, who has succeeded in adding quite a bit of polish to recordings that would otherwise recall John Shuttleworth. Not that that is entirely a bad thing: as is quite often the case, the home-keyboard stylings go hand in hand with a sort of guileless warmth and charm that you don't find in more 'professional' efforts. Matthew Gough won't top the charts any time soon, but his positivity and enthusiasm are engaging. Sam Inglis 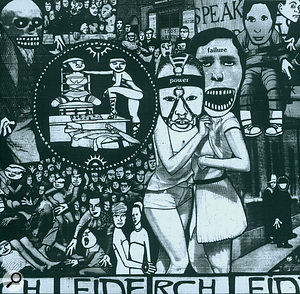 First impressions count for a lot, and I've usually thought of something to say about an album before the first half of the first song is up. However, I felt a little stumped by this one. Every time I put pen to paper (well, hand to keyboard), I'd changed my mind about what I wanted to say before the first word was written.

My absolute first impression was one of being slightly wierded out as track one began with the nasally articulated lyrics "from the egg, to the worm, to the fly”. I played this to a colleague to get his reaction, but by the time I got the headphones back, the creepy lyrics had gone and I was presented with an absolutely awesome bassline.

From this moment, I was happily grooving away to the interconnecting melodies, layered sounds and infectious rhythms. And so it went on, presenting ever-more inventive presentations of 'world' (for want of a better word) sounds, unusual lyrics, and clever use of vocals and vocal sounds. But still I couldn't think of anything to say. All I knew was that it was 'funky', and I don't like to give that word too much airtime.

And so I decided to peruse the accompanying PR bumf — something I tend only to do once I've got a good idea of what I want to say about the actual music. And there it was: "Hi Playback. I'm a London-based, Yorkshire-born collage artist.” "Oh!” I thought. "I see!” And yes, though brilliantly musical and addictively listenable, the very best way to describe Reaks' music is as a collage.

He's a fine noise maker, is Ashley, with an innate musicality and explorer's interest in unusual sounds. Nell McLeod

From: Wounded Knee To: Iraq 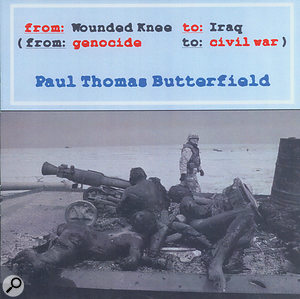 I'm never quite sure what people hope to achieve with songs "Written for the people of Palestine”, or diatribes against political leaders. Really, is anyone going to hear Paul Thomas Butterfield's album and think "Bloody hell, he's right. I always thought George W Bush was a decent sort, but now the scales have fallen from my eyes!”? Of course a good song is a good song, whether it's about genocide or geraniums, but clumsy political soapboxing is neither interesting nor entertaining, and there's too much of it on offer here.

For someone so concerned about putting across a message, Butterfield seems oddly tentative about his own singing. His vocals are double-tracked or otherwise effected throughout the entire album, and often a bit too low in the mix. This not only robs them of expressive capability, but actually draws attention to his lack of confidence. If he's not comfortable having his own voice front and centre, he needs to find another singer.

From an arrangement and production point of view, Paul Thomas Butterfield's greatest strength is his excellent fingerstyle acoustic guitar playing. This, however, sits rather uneasily with the dated electronic arrangements that grace most of his songs. I'd much rather hear his voice and guitar 'warts and all', without their protective layer of cheesy keyboards, unconvincing string sounds and '80s drum programming. Sam Inglis 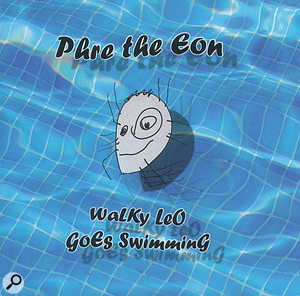 This lot are familiar to the pages of Sound On Sound. A couple of years back, they received a positive review from yours truly for their first EP, and off the back of that received the Mix Rescue treatment from our own Mike Senior. They've been getting props elsewhere in the music press, too, especially in their native Manchester.

So one could assume that here we have a band going from strength to strength. I remembered the name immediately and was looking forward to hearing the next stage in their development — although its presentation did strike me as suspiciously unlike what I'd expect from a band of their calibre, being distinctly, well, naff. Then some research revealed that this wasn't quite their latest album, but actually a 'tide you over, please write about us while we hide away in the studio working on our next album' offering.

Fair enough; it's a risky strategy, but if it works, it works. But this isn't up to the scratch I'd expect from a band that I know can do better.

At the core, there is still the innate talent for songwriting that pricked my ears up three years ago. And they still clearly have the same skill with their instruments as they once did. But, ultimately, I was disappointed. The whole album feels rushed and shaky. When I first heard them, I was impressed by how tight and rehearsed they were. This collection, however, feels tired to me, and even the singer's voice seems to be showing strain. His quieter moments are lovely, and are where you can hear what he can achieve. But when he's belting out the shouty style that's often expected of this kind of music, it loses everything that makes it special and that separates him from people who can't really sing. It would be so much more interesting if he used a softer approach throughout — hell, they could always turn him up — as it would set the band apart from what we've come to expect from modern indie-rock bands. I'm sure it didn't used to be like this for Phre The Eon.

The mix, too, feels muddy and muted, and guitars occasionally clatter through clumsily. I'm not sure whether it was my ears getting used to it, or the band mixing in order and improving as they went, but that did at least seem to settle after the first couple of tracks. In fact, all elements of the album — musicianship, songwriting, enthusiasm — seemed, at least, to improve by the time I reached the final track.

You'll notice that this review is far longer than your average Playback review. There's a lot more to say about a band who disappoint you. Not just a band you do or don't like, but one that you expect more from. I feel like a teacher writing 'must try harder' on the homework of the brightest kid in the class. Oh well, they're currently working on a new album, which I'm genuinely looking forward to hearing. Nell McLeod 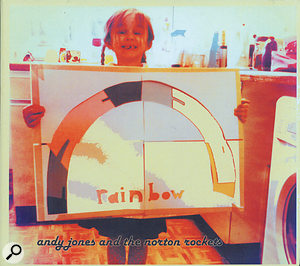 Sam Inglis said of Andy Jones a couple of years ago that, although he has a "fantastic singing voice”, his production decisions were "idiosyncratic, to say the least”. And not much seems to have changed. The overly prominent keyboards that Sam identified are still there, only this time to such an extent that it's impossible to appreciate his naturally strong vocal talents.

The songs are bluesy and well crafted but, on the whole, I was left with a rather underwhelmed feeling. I dare say getting a fresh perspective from someone other than a Norton Rocket could work wonders here. Nell McLeod