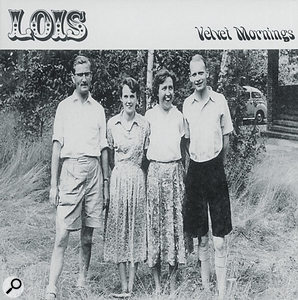 The way in which the music business has fallen off a cliff in the last decade or so does have a few positive consequences for unknown bands, one of which is that almost anyone can hire big-name producers and engineers to work on their music. Four-piece retro popsters Lois have done just that, recruiting Guy Massey and Jim Spencer to produce, record and mix their EP, and it's an investment that's paid off in spades.

Their material has psychedelic trimmings, but at heart, it's more Hollies than 13th Floor Elevators, and in other hands it would probably come across as rather lightweight. However, the punchy recording and tight arrangements really help to lift it above the crowd. The Playback files are stuffed with bands who have spent far more time and money attempting to equip themselves for recording at home, very often with much less impressive results. Sam Inglis 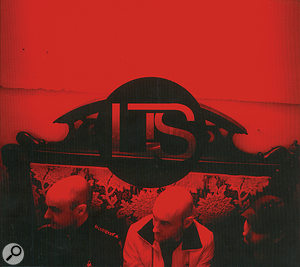 LTS are Dutch sound-effects-happy noise manglers with a lot of energy. They've stripped back their sound to the bare necessities and it's really working for them. Although this is infinitely listenable and highly accomplished, there actually seems to be comparatively little going on here, which is testament to their sense of what's catchy and what really matters when making music to dance to. Their stated influences are most in evidence on the first song, 'How The Bank Robbed Me', which leans heavily on the styles of LCD Soundsystem and the Fall. Indeed, despite the very un-'80s electronica going on, the post-punk vocals are a stroke of genius. Track three, 'Making Babies', is another gem and sticks confidently to noise, rhythm and sound effects, which elsewhere they can be a little blasé about getting right.

Although the general sound palette on this record isn't exactly unusual or groundbreaking, as a whole it's driving and rhythmic in a way that takes an awfully long time to get bored by. Nell McLeod 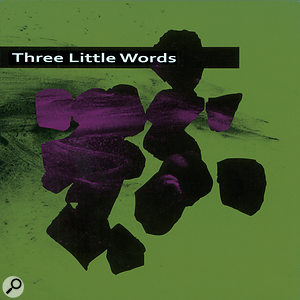 Three Little Words make largely inoffensive, but unremarkable, trancey pop. Vocalist Faye can sing fairly well, but the melodies are meandering and uncertain. Mike can do a decent turn at playing the keyboard, but there's always a noisy great pad sound where the soul should be. This aspect (which is a very large part of the record, incidentally) makes it dated, without yet being retro, and renders the rare quieter moments of straight, Sugababes-style pop quite jarring. While the EP has been produced with a certain degree of slickness, there's not a huge amount one can say about it musically because, ultimately, it's forgettable.

On a full-length album, you can expect a couple of 'skippable' tracks, but with a six-track record you have to assume that the tracks have been chosen to represent the very best of what a band can do (and if they haven't, then why haven't they?). And, while some tracks are passably pleasant ('The One', for example, is easily the best), others (such as 'Normal', which has no discernible melody) are really letting the side down. Nell McLeod 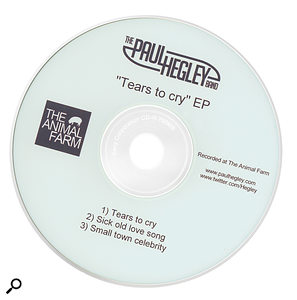 The distribution of talent in the Hegley family seems to be a little uneven. Uncle John is the 'People's Laureate', famed for his odes to Luton and NHS specs. Nephew Paul plays stodgy and unimaginative blues-rock, with lyrics that suggest he has not inherited his uncle's way with words. What's most baffling is Paul Hegley's suggestion that his music is somehow morally superior to other people's, because it's played on real instruments and with "a yearning soul”. Since when was it "refreshing in the pop culture age” to play dull rock songs with a competent-but-uninspired power trio? To my mind, there's far more of a "passion for integrity” in his uncle's wilful individualism than in this sort of reheated riffage. It's also a lot more fun. Sam Inglis 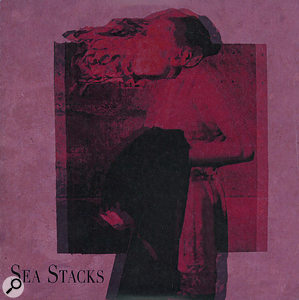 This demo of perfectly lovely "orchestral indie” gives vocals and instrumentation equal billing. Quite the musical cacophony (that's 'cacophony' in a good way, you understand) battles for airspace with Davy Berryman's sweet and soft vocal performance and coy lyrics. There is a genuine originality to the instrumentation, with the likes of flute, vibraphone, harmonium, trombone, clarinet and strings weaving about but — remarkably — not actually clashing.

There's always a risk that inviting all your friends to play on your record will result in a masking of musical problems yet to be fixed ("I know those harmonies don't work, but let's get Tim on bombard to play extra loud on that bit.”), but that hasn't happened here. Clearly, whoever the musical director is here — and it would appear to be Berryman — has a natural ear for orchestration. He also knows just how to complement his own voice, which has a José Gonzales quality to it, and is beautifully controlled.

It's a shame that none of the songs, though pretty and pleasant, really stick in the mind. But 'catchy' brings connotations that, I dare say, Sea Stacks would rather distance themselves from... Nell McLeod 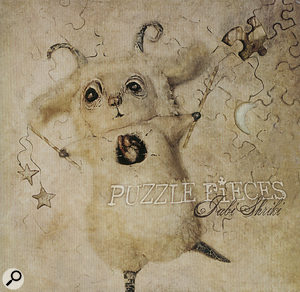 You know how, on The X-Factor, the only people you ever get to see at the audition stage are either the complete crackpots that everyone jeers at, or the ones with only one leg who reduce everybody to tears with their soaring vocals? Well, there's another category: the ones you never get to see. They're the ones the producers have decided aren't loon enough for a good stab with a pitchfork, and aren't talented, pretty or unfortunate enough to be canonised by Simon Cowell (or whoever doles out the insults these days). They're just OK, and they're wearing normal clothes, and they can strum their £120 guitars in time, and tune them up first. And when they sing, it's not awful, it's not tone deaf, but it's not exactly beautiful either.

And sitting amongst them is Jabi, who has pursued a career in music, despite a lack of great musical originality, and despite a lack of the kind of drive it takes to stand in front of thousands of leering, screaming teenagers, begging Louis Walsh to reconsider.

In short, this isn't deserving of huge criticism, because it's not bad at all, but it won't get through to boot camp. Nell McLeod