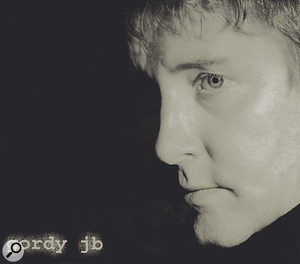 What separates commercial releases from readers’ demos, other than availability in HMV and expensive videos in rotation on the Smash Hits cable channel? You nearly always know within the first 30 seconds that you’re not listening to a ‘real’ record, but it’s often hard to put your finger on what’s giving the game away. My suspicion is that most of the time there isn’t one significant difference; instead, signed artists in big studios do lots of little things just a little bit better, and it all adds up to an indefinable but very obvious air of class.

Gordy JB’s demo CD thus stands out because it does have this touch of class. There’s nothing revolutionary about his AOR balladry, which is the sort of thing that helps keep Paul Carrack in gainful employment, but everything about it reflects the involvement of seasoned music–industry professionals. The playing is flawless, the production is polished and Gordy’s voice sits in your ear like a trusted friend. It takes a lot of effort to make things sound this effortless. Sam Inglis 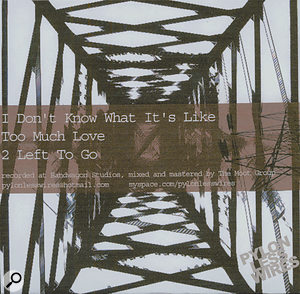 The oddly named Pylon Less Wires say that they recorded their demo at Bandwagon Studios, and a harsher critic than me might suggest that’s not entirely inappropriate. This, after all, is a band who have come to the jerky indie–rock party pretty late in the day.

It remains to be seen whether there is still commercial life in the business of skinny white boys playing Gang Of Four riffs, but if there is, Pylon Less Wires deserve a share. Their tunes bounce along on a bed of punchy guitars and one–finger synth parts, and singer Craig Hurst supplies enough hooks to keep the whole thing interesting. It’s a shame he had to borrow one of them from ‘Not Over Yet’, though. Sam Inglis 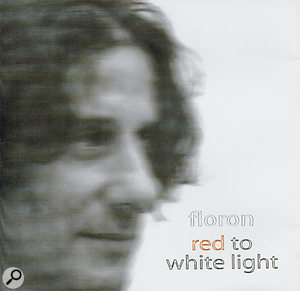 Floron Florenzo likes the sound of his own music so much he puts two CDs in every case. The red disc is, apparently, mastered to match typical volume levels in modern pop music, while the white version “rewards more sensitive listening”.

There’s no doubt that the pursuit of loudness has ruined a lot of music, from readers’ demos to million–selling albums, but let’s get some perspective here. This is a CD which was recorded on an ancient PC in an alcove in a dining room, with a drummer “squashed in a junk room”. It seems a bit redundant to create an audiophile version of something that was so compromised in the first place. Certainly, there are more obvious faults that ‘sensitive listeners’ will notice before they start to get offended by the mastering.

Top of my list would be Floron’s lyrics, which sit on a spectrum from banal to egregious (‘Just one look takes me to heaven / Way past ten up to eleven’). Meanwhile, considering the circumstances in which they were recorded, the performances and recording aren’t bad, but you can tell that Al Schmitt wasn’t involved. Cymbal crashes leap out of the mix while kick drums disappear into it, the guitars sound thin, and Floron’s vocals often betray the boxy acoustic of his dining room.

The ultimate irony, though, is that the red disc doesn’t actually sound any worse than the white. Like I say, lots of readers do overdo the processing at the mastering stage, but to my ears, Floron is not among them. Maybe I’m just not a sensitive listener. Sam Inglis 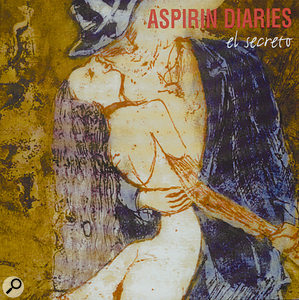 If Floron Florenzo wants an example of over–compression at its worst, he could give Aspirin Diaries’ album a spin. All trace of dynamic variation in every part has been obliterated, and every low–frequency event causes the whole mix to pump in a nausea–inducing way. In places, as on their cover of Steve Earle’s ‘Windfall’, outright distortion results.

It’s a shame, because somewhere underneath all of this is a pretty competent roots–rock act, albeit one that seems to have adopted someone else’s roots in place of their own. Their CD is postmarked Gloucester, but Aspirin Diaries affect an accent that wanders around the midwestern states of the US. Authenticity is a big deal in this sort of thing, but if they keep their mouths shut between songs, they might just get away with it. Sam Inglis 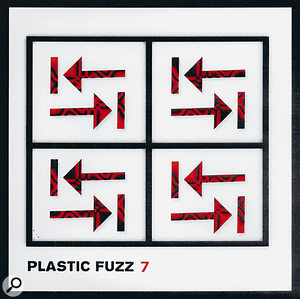 Apart from being a bit weird, Plastic Fuzz’s music sounds like music should. Unfortunately, I can’t really elaborate on this statement, which probably means that it is much better than most of the stuff that gets sent to Playback. The predicament that Plastic Fuzz have left me in — trying to think of stuff to say about the EP for a review — is sticky. So I will battle on with this review by stating some unbiased truths about Plastic Fuzz’s music.

The frequencies, and combinations of frequencies, used by the Fuzz are all well balanced, and they span the entire human hearing range. There are low frequencies, mid–range sounds and high bits, and none of them sound out of place, and I really mean that. What makes reviewing this EP even more difficult is the fact that there is no pretentious singing, xylophoning, guitarring, synthing, or anything. The songs are light–hearted and often humorous, with the odd bit of cute ‘aah’ factor in some. My favourite line is “my name is Colin and I’m a tree monkey”, and it’s sung by a man with quite a gruff voice. Funny.

I wouldn’t buy it (that’s almost a negative point, surely), but I wouldn’t be surprised if I heard one of the tracks underscoring a yoghurt advert on the telly, or on a quirky short film, maybe with animated Plasticine men and a warm–hearted sentiment. Actually, I might buy it. There. I’ve done it. There it is really nothing bad to say about the Plastic Fuzz. Chris Mayes–Wright 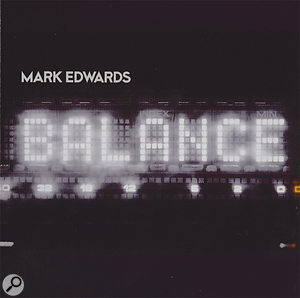 Sunday Times rock critic Mark Edwards aptly likens his decision to release an album to a man who has spent his life throwing stones building a glass house. It’s obviously something he’s agonised over at length, so it’s probably good that his music is (a) good, and (b) ridiculously self–effacing.

The set of 10 economical, lo–fi instrumentals that makes up Balance isn’t going to change the course of music history, but it would take a heart of stone not to be charmed. Mark avoids cliches such as string pads and Mellotron choirs, dealing instead in murky Rhodes riffs and fuzzy delays, and his tunes are refreshingly devoid of bombast and pretension. And if I ever release an album, he’d bloody well better have something nice to say about it in the Sunday Times. Sam Inglis 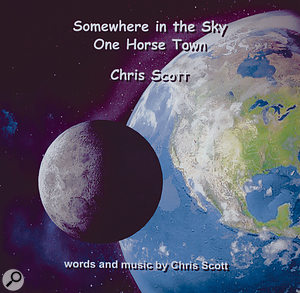 “I love ’80s power ballads,” admits Yorkshire music teacher Chris Scott, with admirable honesty, before going on to ask “Is there a market for this kind of stuff?”

That’s a tough question to answer. The good news is that Chris is highly competent at writing them, and if the world was still full of Jennifer Rush wannabes, they’d be beating a path to his door. However, as he is clearly aware, the singles charts no longer revolve around big hair, big snares and unprepared key changes on the last chorus.

Last time I checked, there were two kinds of artists still recording power ballads: ageing rockers who need an excuse to have a sit-down in mid–set, and R&B vocalists who want to show off their melismatic technique. The problem for people like Chris is that the Aerosmiths and R Kellys of this world already have Diane Warren’s phone number, and she doesn’t seem to need any help meeting demand.

So, there is a market, but it’s about as tough as markets get, and if Chris wants to interest established artists in his songs, I think he needs to target them a bit more precisely. That means bringing his production up to date and committing firmly to either the rock or the pop direction. Whichever path he chooses, he should also seek out a vocalist who can really wring the last ounce of melodrama from a song. Oh, and how about modulating the whole thing up a major second, for no reason, somewhere around the three–minute mark? Sam Inglis 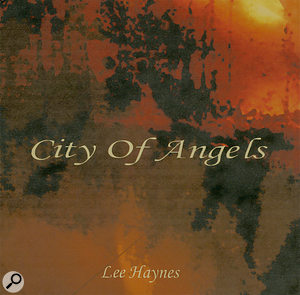 Does knowing that Lee Haynes has a 2:2 from Thames Valley University make me more inclined to like his music? Not really. After all, Brian May now has a PhD in astrophysics, but I still turn off the radio when ‘Friends Will Be Friends’ comes on. Frankly, sending a copy of your degree certificate with a demo is trying too hard.

Lee cites Vangelis’s soundtrack to Blade Runner as his favourite piece of music, and, in essence, what he’s produced here is a very accurate pastiche of that sort of filmic, turn–of–the–’80s ambient instrumental stuff. Given that Lee’s kit list includes only digital gear, his ability to make it all sound lush and analoguesque is very impressive indeed, and he makes good use of some minimalist compositional ideas, so although the pieces are mostly rather long, they don’t get boring.

It’s all beautifully put together, then, but I’m unsure it will help Lee reach his goal of becoming a modern–day film and TV composer. Not many directors these days are likely to want soundtracks consisting purely of nostalgic electronica, and to stand a chance in the increasingly desperate battle to be commissioned, Lee will need to demonstrate a mastery of some more contemporary musical styles. Sam Inglis

Sound On Sound are proud to feature Breed Media as the sponsor of Playback. Each month, Breed Media will be giving away a run of 1000 CDs to the lucky winner. This amazing prize will be professionally pressed by Breed Media, and includes glass mastering, full colour print, cases and delivery — worth over £700.

This month’s winners are Gordy JB.