Today, mics are more affordable than ever. But what about tomorrow?

There is a problem in the mic industry. Microphones are almost 150 years old and the early advances took place within a few companies, mostly in Germany, Austria and the US. The key changes were usually protected by patent, but these have lapsed and the ideas are now freely borrowed — and often further developed — by newer companies. No industry is static, though, and these changes are unthreatening. 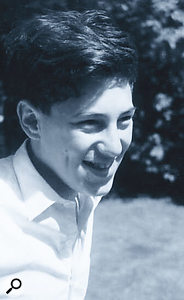 However, this gentle evolution has altered radically over the last decade with the upsurge in cheap Chinese imports. Some 30 percent of the mics on offer to the professional market are now made in China. This comment shouldn't be mistaken for xenophobia or derision of Chinese skills, however — the fact that China is involved is merely a coincidence of labour costs and commercial development.

Presently, the Chinese contribution to the international mic market is based to a considerable extent on mimicry. Sometimes just the external shape is cribbed; sometimes also the basic internal structure. More reprehensibly, the process can include lookalike trademarks and the wholesale copying of literature such as specs, even as far as polar diagrams and frequency-response graphs. This last is not only a breach of copyright but also a ridiculous exercise, since the paperwork cannot refer to the mic that is actually sold.

Does it matter? Many would argue that a good copy of an old master is still a wonderful picture, and has almost all the original qualities except the price tag. The Chinese-sourced mics are frequently sold for just 20-30 percent of the equivalent Western product, and for many users with limited financial resources, they seem a good buy. Surely only a fool pays three times what he needs to for the same product?

Except, of course, that it isn't the same. A mic and its 'mimic' may share the same shape, but probably not the same quality of machining or engineering. And both the acoustic and electrical signals handled by microphones are vanishingly tiny. Registering them with repeatable accuracy calls for precision manufacturing and testing, which are inevitably costly. Nor is the cheaper mic likely to come with much in the way of engineering support. In other words, it's the sort of mic you heave rather than grieve over at the first sign of trouble.

But there's a more important reason for concern; consider what the low prices do to the market as a whole. The cheap mic can steal a temporary advantage by not having to bear any of the long-term costs of quality. If you copy an existing design, you need no margin for research, or to pay for experienced engineering staff, or to fund a servicing operation. By contrast, the 'expensive' mic must carry all these extra costs — that's why it's expensive! And without customers prepared to pay the higher prices, mic companies eventually go bust.

It is not impossible that the Chinese share of the market might rise to as much as 50 percent over the next few years, but I don't want to overstate matters. Mic companies in Berlin, Vienna, Illinois and the rest are still in business, and are not waving a white flag just yet. But the current difficulties are not easily solved. We'd all vote in favour of long-term mic R&D, but not everyone is prepared to fund it. Yet if we want the original scientific thinking that has enriched mic evolution over the last century to be maintained, we — not 'somebody else' — will have to pay for it.

At present, this effort is continuing, and indeed the long-established companies are cleverly exploiting an obvious chink in the copiers' armour — the fact that they replicate existing techniques and are not adept at implementing new ones. In contrast, the established companies can use their expertise to produce intelligent solutions to problems which enhance the perceived value of their mics. Neumann are working on digital mics with an extremely high dynamic range, and DPA and AKG have helped bring the electret to true respectability, while Royer have their electronically buffered ribbons, Sennheiser their ultra-low-distortion symmetrical capsules, and Schoeps the compact microphone design epitomised by their CCM range — to pick just a selection of highlights in radical mic design.

Wisely, the long-established companies also agree that user education is the most powerful tool to help the industry retain its skills and expertise. They argue that customers ought to compare value rather than price — to judge a microphone accurately on its build quality, its performance and spec. Of course, they would say that! But they have a point. It takes unfashionable effort to develop the auditory confidence and intellectual understanding to make fair judgements about microphones, but it is rewarding. Buying a mic for its 'warm sound', or because it's the same shape as one which was used to make a hit record 30 years ago, or because it has an 'M7' capsule — which M7? And from where? — are reasons for embarrassment, not pride. As professionals, surely we ought to have the ability to discriminate between 'good' and 'better', to understand 'value', and to see through pricing structures that cannot sustain future development?

Patrick Morvlyth is an independent consultant to the microphone industry, and works with many manufacturers — including Chinese ones.