Sounding Off: Focus On Listening Skip to main content

Sounding Off: Focus On Listening

Don’t let your eyes deceive you.

Engineers used to glance at VU meters the same way that we glance at a speedometer while driving — briefly, before returning our attention to where it is most needed. Visual representations of audio have changed dramatically, though, to say the least. We used to have VU meters, peak meters, and an oscilloscope, which the engineer could use to get detailed information about phase relationships. But now we have colourful depictions of waveforms filling screens that have become the centre of attention. It should go without saying that the most important task recording and mix engineers need to focus on is listening, but we are being distracted from that task. 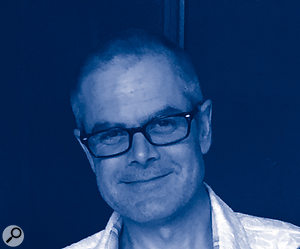 So many commercial recording studios and home recording environments prominently feature a huge monitor where a mixing console would have been. Visual elements that had been secondary to listening have become more of a priority. I was once having a conversation about modern mixing habits, when someone made the point that in commercial studios, in which there is still a huge mixing console in front of the mix position, a roll-around stand with a monitor, keyboard, and mouse sits to the left or the right. Now engineers face that with one ear to the speakers and one ear to the back wall. Is this taking a toll?

There is a growing body of evidence to support a theory that spending long periods of time looking at a monitor, especially closely, is bad for our health — physically and otherwise. Engineers now face the threat of carpal tunnel syndrome from working a mouse and keyboard for long hours, and this is in addition to ear fatigue. In the days when analogue tape machines were the only means to record, the time spent rewinding gave engineers’ ears a break, and those breaks came every few minutes. Now that it only takes a couple of keystrokes to ‘rewind,’ ears are being subjected to very long, fatiguing hours of listening without breaks.

Visual elements in a recording studio can be very misleading, too. One recording engineer made an interesting point about control room glass — that watching an artist perform in the studio can influence a producer’s judgement about a take. This engineer gave an example: if a band is tracking basics and there have been numerous takes, they might jump around, or maybe the bass player and drummer appear to feed off each other more in a specific take. Watching them might lead one to believe that was the best performance when, in fact, it might not have been. Most traditional, commercial studios have that iconic glass and I have rarely seen curtains or any other means of shutting down visual contact between the control room and tracking room. Also, a nervous singer may feel more comfortable if they are not looking at several people staring back through a window...

While editing in a DAW has its advantages, taking a razor blade to magnetic tape has to be done with very little visual representation of the audio — there are only VU meters and a counter. Do we really need all of the visual information DAWs display? This over-dependence on visual elements in modern recording can affect anyone of any age, but the younger enthusiasts and musicians who are on the path to becoming engineers and producers have been growing up in an era when little screens seem to be everywhere and people are distracted by them to dangerous degrees.

What can we do? Let’s make listening our priority; this is about audio and somehow it seems that we have a tendency to forget about that. If you are engineering a session in a commercial studio, let the assistant be concerned with that monitor with the overload of information in a colourful display. If you are tracking a live band, block the view into the live room or simply close your eyes while you listen to the performance. If you are working on a session in a home studio, ask yourself how much of the display you really need to see. It could be very beneficial to have your DAW’s mixer window up rather than the waveforms. If you have an analogue console in front of you, do you really need to look at a monitor at all? Blind people need to rely on their hearing and can develop very sharp listening skills. Without going to extremes, let’s try to take a cue from this and listen.

Michael Westbrook is a recording studio technician, historian, and writer in Los Angeles. He has been installing and maintaining studios for 20 years and has been with Vintage King Audio since 2014.