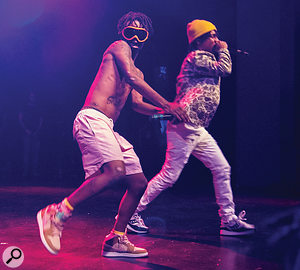 The vocal delivery in the choruses here is unusual in that it bucks the pop-EDM cliché for female vocals to start out breathy and conversational in the verse and then open out into some kind of more powerful, soulful chorus as the main beat kicks in. What the singer Dyo does instead is extend her breathy head voice right up into the soprano register (up to top F) and then slightly forces the level to impart a terrific ‘schoolgirl who smokes behind the bike sheds’ character that’s rarely been heard in the charts since the heyday of Macy Gray. But this vocal styling isn’t just ear-catching. It also works very well in arrangement terms, because it provides an excellent contrast with the voice-like distorted riffing first heard at 1:55, which therefore stands out in proud relief, and it still leaves Dyo room to ramp up the R&B posturing for climactic effect in the final chorus at 2:31.

If I’ve convinced you to check out this production for its vocals, though, don’t leave the song before also appreciating that great one-note rhythm guitar that so beautifully elevates the second chorus, as well as my most recent Snare Fill Of The Month laureate, which appears just before the final chorus at 2:30. Mike Senior 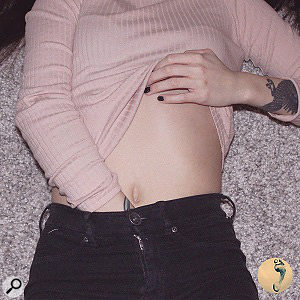 Although it’s easy to come away from listening to this song with the impression that it’s based around a simple four-bar loop, it actually showcases how you can get better musical value from just four or five electronic sounds by basic muting. The most noticeable occasion is, of course, when the whole beat vanishes at 4:10, but individual parts also disappear elsewhere. The kick drum’s ditched for the first four bars of each verse, for instance, with the hat also dropping out for the fourth of those bars. A single snare hit drops out at 1:04, neatly emphasising the word “nothing”, and the missing hi-hat figuration in the second half of the bar at 1:17 makes a feature of the little reverse-reverb hit that’s something of a production hook.

These kinds of things are so ridiculously easy to do that it amazes me how often I hear hip-hop and electronica demos that make so little capital from them, despite mute-programming being the stock in trade of commercial productions in both genres for more than a quarter century. Mind you, the programmer of ‘Black Beatles’ also seems to have lost interest after the first verse, as there’s precious little development of the drum parts beyond that point, the slack being taken up by more involved manipulation of sample one-shots and special effects. A bit of a wasted opportunity, if you ask me. Mike Senior 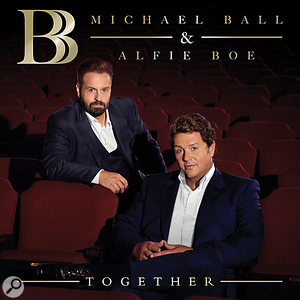 Judging by the album charts, I’m guessing that an awful lot of grandparents found this duo’s latest album under the Christmas tree this year! For my own part, as a clandestine fan of the 1985 London cast recording of Les Misérables, I was primarily intrigued to hear how Michael Ball’s voice was holding up, and I have to say that he’s still very much on form. Perhaps too much, in fact — by which I mean that I found myself a little distracted by the recurrence of some of his signature vocal mannerisms, in particular the momentary (and often falsetto) aspiration he likes putting before certain syllables for expressive effect: “H-wait for us” at 1:21, “s-H-omewhere” at 1:57, and (saving the best for last!) “Hhh-We’ll find a new way of living” at 2:00. Perhaps these would tug more powerfully at my heartstrings if I’d not spent the last 30 years in the company of “H-Oh my friends, my friends don’t ask me, Hh-What your sacrifice was for...” Not to be outdone, though, Alfie Boe manages to slot in three instances of one of his own favourite vocal tics within the space of about six seconds (the upwards pitch-glide you can hear on the word “time” at 1:45, 1:48, and 1:51), with at least as many instances appearing elsewhere in the song.

Now, I can totally understand the commercial argument for a singer creating and maintaining their sonic ‘brand’ by cultivating some stylistic mannerisms, but I can’t help feeling that recycling the same vocal tricks too often risks turning any performer into a caricature of themselves. Plus, if the devices in question are of a type designed to intensify expressiveness, as they are here, such repeated flogging only serves to dilute their desired emotional impact. Mike Senior 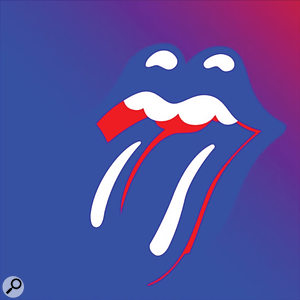 For the most part, I have to confess that the Stones leave me cold. However, I did perk my ears up after the middle section here, when the band rather disconcertingly drops half a bar from Sir Mick’s third verse (around 1:39), having been trundling out predictably 8/12-bar blues patterns up to that point.

Once that had drawn me in, I also noticed the narrowness of the stereo image, and would have preferred at least 6dB more stereo Sides level myself, but I dare say their choice is justifiable on ‘retro aesthetic’ grounds. Whether that same argument excuses the overall image ‘lean’ (the left channel seems about a decibel too hot) is perhaps more questionable... Mike Senior 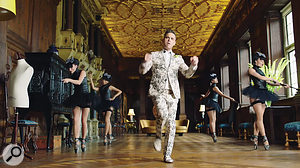 This riotous production wins me over on many levels, not least on account of the marvellous lyrics — my personal highlight being the first verse’s elaborate tease, where 10 things are rhymed with “-utin” in as many seconds, but without (in clear defiance of most people’s expectations) including the name of the Russian leader. And Williams’ delivery of those lyrics is also superlative. I’ve often felt that Robbie Williams is underrated as a singer, but I think he’s tremendous — any weaknesses he might have in terms of technique or range are entirely eclipsed by sheer style and force of character.

What particularly impresses me here is his use of rhythm. For a start, the chorus hook displays a great example of something that novice songwriters rarely take advantage of: putting the lyric’s natural stresses at odds with those of the main groove. So although the most obvious way to sing the phrase “party like a Russian” would be to put the naturally stressed syllables “par-” and “Ru-” on the upbeat and downbeat respectively, what Williams does here is shift the “Ru-” an eighth-note late, putting the surrounding syllables “a” and “-ssian” on the downbeat and backbeat respectively, instantly giving the hook tons more swagger. And what makes that (and indeed many of the other chorus lines) even more striking is that their magisterially confident rhythmic liberties are contrasted with both the metronomic chanting of the verses and the stomping eighth notes of the “put a doll inside a doll”/”have it like an oligarch” turnaround in each chorus’ fourth and eighth bars. It’s simply masterful vocal arrangement.

While filching hooks from the Classic FM Hall Of Fame is admittedly rather a cheap trick, you have to give credit to the producers for recognising the inherent modulatory potential of their chosen material. If you check out the original orchestral music (‘Dance Of The Knights’ from Prokofiev’s ballet Romeo & Juliet), the arpeggiated string chords that feature so prominently in this song alternate with a second, more ominous brass theme (surely an inspiration for the Star Wars ‘Imperial March’). Linking the two themes is a bar where the string arpeggios jettison their ponderous orchestral accompaniment and suddenly hop into a new key, and it’s this bar the producers of ‘Party Like A Russian’ have used to announce the modulation into their final chorus, brilliantly leveraging its cultural baggage (ie. that the modulatory nature of this bar is already firmly fixed in the collective consciousness) to make their hoary old here-we-go-up-a-semitone cliché seem less superficial than by rights it should.

And to cap it all, the video contains a flash of pure genius. What you hear: the middle section’s ‘men’s military choir’. What you see: a dozen bolshy princesses in fluffy white gowns. An unmissable moment! Mike Senior 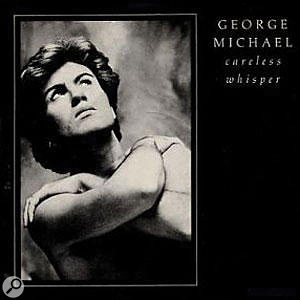 My sadness at George Michael’s recent departure from the pop firmament inspired me to revisit this song, the super-slick self-production that first unequivocally marked him out as a solo star.

Yes, it does boast the Joint Cheesiest Sax Solo Of The ’80s (a dead heat with Dire Straits’ ‘Your Latest Trick’), but personally I’m too busy marvelling at the quality of the rhythm section to care much. The bass player in particular, Deon Estus, does a tremendous amount to enliven the repeating four-bar chord progression, and beautifully paces his performance to enhance the momentum of the song. From a starting point of simple, understated sustains underpinning the opening sax solo, both the verse and the chorus gradually introduce more punctuation, syncopation, and rhythmic detail. Then subsequent verses and choruses build progressively on their forebears, such that the third sax solo at 3:35 could almost be called a bass solo as well!

But my favourite thing about the bass line is what he doesn’t play: specifically that stark gap after the truncated G on the chorus’ second-bar and sixth-bar downbeats. Not only does this allow the tambourine backbeat to pop through the texture more assertively, but it also makes the four quarter notes in the second bar of chorus three (3:13), which momentarily threaten to derail the harmonic progression, more of a statement.

There’s plenty of reverb on this song, but much of it is significantly pre-delayed. To hear this more clearly, check out the stereo Sides signal, as this all but mutes the dry saxophone solo, lead vocal, and snare/tambourine backbeat (which are centred in the stereo image), making their delayed effect onsets easily distinguishable.

There are a couple of ways this kind of pre-delay helps clarify a mix. Firstly, moving the reverb out of the dry sound’s masking ‘shadow’ makes it more noticeable in its own right for a given mix level. (People who could afford digital reverb in the ’80s usually wanted to brag about it!). And, secondly, delayed reverb implies psychologically that a sound source is closer to the listener than the boundaries of the simulated acoustic space. This keeps the most important musical elements feeling upfront despite the richly reverberant nature of the production as a whole, and makes the reverb itself seem to have more ‘depth’ by contrast with the clearly separated dry sounds.

The backbeat’s pre-delay also matches the tempo, placing the reverb’s arrival one 16th note after that of the dry sound, which subtly elevates the drummer’s groove (especially during the second verse), but without quite breaking cover as a separate rhythmic event in its own right. Mike Senior