To help you brush up on your listening skills, we examine the production of recent hits from Lewis Capaldi, Bon Iver, Lana Del Rey and a classic mix from Radiohead. 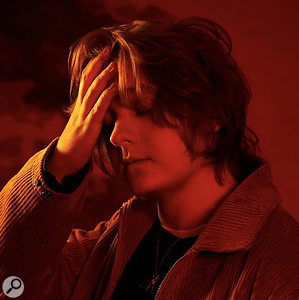 There's plenty of mashup potential here. You can, for example, take the chorus of Capaldi's breakout hit 'Someone You Loved', shift it up a tone and slow it down to roughly half speed, and it'll layer beautifully with the chorus of 'Before You Go', seeing as they both plough the same I-V-vi-IV harmonic furrow. Or you could drop the verse of Ed Sheeran's smash 2017 ballad 'Perfect' down a perfect fourth and slow the tempo a bit: it'll meld seamlessly with the verse of 'Before You Go', given that they both draw on another hoary old harmonic trope often referred to as the '50s progression (I-vi-IV-V).

Interestingly, the similarities to that Ed Sheeran number don't stop there, because both use compound time-signatures and both move to a I-V-vi-IV progression for the chorus (although Sheeran goes for the vi-IV-I-V variant). And, speaking of similarities with other tracks, following the unfavourable low-end comparison I made between 'Somone You Loved' and Dermot Kennedy's 'Outnumbered' back in SOS December 2019, I was pleased to hear that 'Before You Go' has a much stronger bass foundation — although, as a consequence, it also shares some of Kennedy's small-speaker translation shortcomings.

Despite my jibes at this song's old-rope quotient, some nice details help freshen things up. The upper 'G' pedal note that adds a little harmonic tension to the chorus's familiar underlying progression. The one-bar phrase extension that ends the first chorus on the dominant chord, setting up a perfect-cadence resolution into the following verse and an imperfect cadence into the middle section — the latter making good use of faster harmonic rhythm to increase the sense of musical urgency. But probably my favourite little detail is the very opening of the song, which subtly wrong-foots you with a half-bar introduction, leaving it unclear where the downbeat's supposed to be until the guitar's low 'C' hits just after "everyone else" at 0:06.

Oh, and if you're planning to emulate this kind of production sound for yourself, I have one piece of advice: listen carefully to this mix's Sides signal, because it shines a spotlight on various subtle synth layers that are lurking in the background, masquerading as guitar sustain and/or reverb bloom. It's these layers that allow what seems, at first listen, to be quite a stripped-back arrangement to sound so rich and warm. If you try to compete with these sonics without the synths, you're likely to end up overprocessing or drowning in effects before you hit the target. Mike Senior 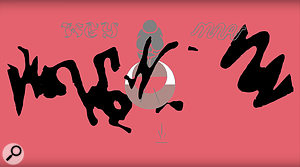 Way back in December 2011, when Bon Iver had just scooped their Best New Artist Grammy, I had a bit of a whinge about the poor lyric intelligibility in their single 'Calgary'. So I was delighted to hear that the vocal clarity of this, their recent Record Of The Year Grammy nomination, was much improved. That's not to say I actually understand what he's singing about the whole time, just that that's the result of leftfield word selection and rather reticent diction, rather than anything to do with the mix sonics!

Leaving the semantic intrigue to one side, my favourite production element was actually the snare-heavy drum part that first enters at 1:16. There's something going on here that's adding rhythmic complexity and stereo interest, but I can't quite decide what it is! My first thought was actually that we might be hearing a double-tracked performance (like the one in Fantastic Negrito's 'The Duffler', critiqued in October 2019), because there seems to be some disparity between the left-channel and right-channel rhythmic patterns. However, there also seem to be plenty of strongly centred hits, and very little audible flamming. Perhaps it's just that heavy editing has uncannily synchronised the double-tracks, or that there's an additional centre-panned track in the mix.

Another option I wondered about was whether we're hearing a single drum part through some tempo-sync'ed delay effects. Certainly, there's a suggestion of eighth-note ping-pong about the little hi-hat details at 1:21, 1:27 and 1:34. But there are also hi-hat moments like the left-hand hits at 1:31 and 1:40 that give the lie to that interpretation by having no counterpart on the right-hand side. Whatever's going on, it teases both on a musical and on a technical level, and keeps me relistening again and again, so I reckon it's no bad thing from a production perspective! Mike Senior 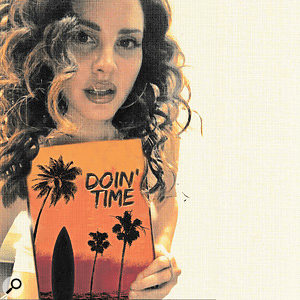 I think it's fair to say that advances in playback and listening technology over the last couple of decades have led to an increasing focus on the sub-40Hz bottom octave of the audible spectrum. Of course, the ascendance of electronic and urban genres into the mainstream has played a important role too. Plus, in more recent years, I think the shift towards loudness-normalised streaming services has also encouraged bassier productions, because low end doesn't accrue as heavy a loudness penalty on those platforms as it would have done on vinyl or CD pressings.

Nevertheless, one reality remains pretty inescapable: the lower down the spectrum you put any specific musical element, the smaller the percentage of your audience that'll likely hear it, so you have to decide what role such super-low-frequency content can usefully fulfil. One approach is to use extreme low-end events as production 'Easter eggs': hidden treats for those few fans tooled out with subwoofers, but nothing that will in absentia undermine the musical sense for mass-market listeners. So, for example, when the main groove arrives in this Lana Del Rey track at 0:30, it's accompanied by a downbeat sinewave pulse around 23Hz, and this sub-bass emphasis then repeats every couple of bars. It's not something many people will even realise is there, but on a full-range system there's no mistaking its subtle additional warmth.

Now, to be fair, I've encountered situations on commercial releases where spurious and/or undesirable sub-bass components have clearly made it through to the final release unnoticed, because either no-one checked the mix on full-range monitors or they simply weren't paying enough attention. As such, it crossed my mind that the sub-bass pulse here might be nothing more than an oversight (perhaps some undetected LF component lurking in a sample loop), given that its contribution is mostly pretty subliminal. But the two much louder instances at 2:42 and 2:49 put that idea to bed fairly convincingly, implying that the mix engineer has had his or her beady eye on the low end the whole time.

Within that context, then, it's intriguing to realise that the nominal pitch of the sine-wave pulse in question is not the song's tonic root note of 'G', but actually the 'F#' a semitone below. At those low extremes, the subjective pitch of a pure sine wave can feel at variance with the mathematically determined pitch, and I'm kind of assuming that's the deal here, because when I notched out the F# with EQ and replaced it with a G, it did seem a little sharp to me by comparison. It's an interesting little experiment to try! Mike Senior 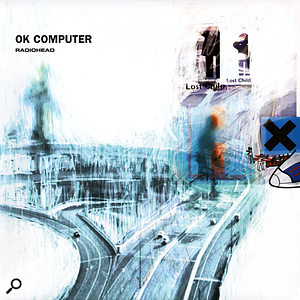 There are better-known singles from Radiohead's seminal album OK Computer, but this is easily the standout track for me — one of those rare production masterpieces that's chock full of bold and unusual creative decisions, but which still packs an immediate emotional punch on first listen. On a musical level, a key ingredient is the heavy use of falling chromatic alterations, for instance the major-minor movements at 0:55 (B major to B minor) and 1:09 (E major to E minor) and the false relations at 0:31 (A sharp in F# major to A natural in D major) and 1:50 (C sharp in F# major to C natural in A minor). Indeed, I reckon it's partly the cumulative effect of these that makes the middle section's rising major harmonies (B minor to C# major and F# major to G major) so dramatic once the bass arrives.

Although the structure feels superficially quite traditional from the perspective of arrangement build-up, the AABACA construction isn't exactly a standard trope these days, and there's no 'chorus' to speak of either. In a sense it's probably closer to the old Tin Pan Alley ballad form (AABA) than today's more common verse-chorus model — but, by that token, you could just as easily call it a rondo! Furthermore, the B section plays fast and loose with traditional four-square structural norms by grouping its 24 beats into a weird five-bar pattern of 6-4-6-4-4. And yet it all feels like the most natural thing in the world — that's the genius of it.

The bass and vocals are lionising so much of the spectrum that the drumkit has to communicate its subjective power primarily via aggressive cymbal transients and weapons-grade compression-pumping.

What really takes my breath away, though, is the way the arrangement and mix are continually manipulating your expectations. The opening guitar is a great example. It starts quite strongly to catch your ear, but then recedes over the first couple of bars, drawing you in to listen more attentively, and goes on for longer than you're expecting to heighten anticipation for the singer's entry. Which means it's doubly startling when the vocal suddenly arrives both super-close (by virtue of those crispy lip noises and exaggerated proximity effect) and huge-sounding (by virtue of the relative mix level and that cavernous reverb).

But the headline production move has to be the transformation at 2:50, when the drums and bass join in. Again, I love how the tiny ride-cymbal hits over "there's such a chill" imply that the drums are already turned up really loud (how else could you hear such a soft detail so clearly?), thereby increasing the illusion of power when they properly barrel in a few seconds later. And it's a good thing too, because the bass and vocals are lionising so much of the spectrum that the drum kit has to communicate its subjective power primarily via aggressive cymbal transients and weapons-grade compression pumping. Taken in isolation, it's an extremely peculiar mix sound in objective terms. Experienced in context, though, it's extraordinarily effective and evocative, and a powerful reminder that great record productions must often dare to reach far beyond mere facsimile in the service of musical expression. Mike Senior