To help you brush up on your listening skills, we examine the production of some recent hits by Dua Lipa, Tones And I, Caroline Shaw/Attacca Quartet, Arizona Zerva and a Destiny's Child classic mix. 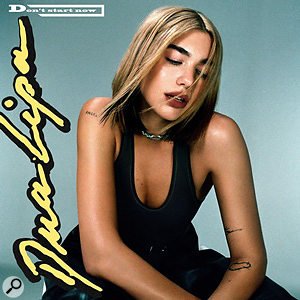 Perhaps I'm biased by the reminiscences that this song triggered of Moloko's 'Sing It Back' (one of my favourite '90s singles) but I have to say that this is one of the best-sounding dance mixes that I've heard for ages — so much so, in fact, that I immediately added it to my own list of mix-reference tracks!

Most immediately remarkable is a characteristic that I've always associated strongly with Britney Spear's 'Toxic' (a long-standing benchmark for me), namely a powerful sense of kick and bass muscle without their being masses of actual low-end energy. And, hand in hand with that, truly fabulous small-speaker mono translation.

The sense of impact and attack is also extraordinary, and it's something which led me to suspect the work of someone like Serban Ghenea or Spike Stent behind the scenes, seeing as I've frequently admired their past work in this regard. But we actually have Josh Gudwin (long-time producer for Justin Bieber, amongst others) to thank in this instance.

I have to say that this is one of the best-sounding dance mixes I've heard for ages — so much so, in fact, that I immediately added it to my own list of mix-reference tracks!

It's not just the drum sound that's killer; it's the interplay between the beat and the funkily programmed bass, as well as those beautifully judged fills we're treated to every four bars. The brutal efficiency of the snare-kick-snare-kick fill into verse two (1:02) is a highlight, for instance, as are the syncopated Latin woodblock at 0:54 and the cool electro tom-led swoosh into the final choruses at 2:28.

Another interesting element of this production is its long-term mix dynamics, because it provides a tremendous counter-example to the common trope of 'opening out' the sound of your mix for the choruses. Indeed, it's precisely the extra precision and focus of the choruses that really draws the ear. But the producers then take the best of both worlds by defying our expectations for the final choruses, filling out the texture with chordal devices taken from the previous breakdown section, thereby adding an enormously satisfying disco euphoria to the song's tail-out. And the cherry on top is that this makes the abruptness of the ending all the more startlingly attention-grabbing. Truly a slice of production magic. Mike Senior 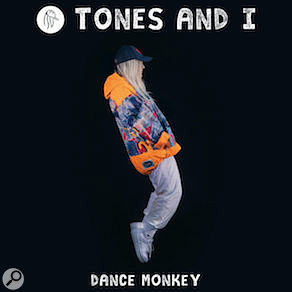 It's not often that you hear a genuinely arresting new voice, but this one's a bona fide head-turner — a kind of living mashup of Björk, Dolores O'Riordan, and Macy Gray. And I think it's a testament to the hit potential of a great lead performance, because, if I'm being totally honest, the rest of the production feels pretty unremarkable.

While it's undeniably impressive to see the singer present the whole arrangement single-handed within a busking context (definitely worth a trip to YouTube on that account), most chart pop productions have now moved way beyond the kind of repetitive loop-driven construction that's stock in trade for many professional street-corner performers, and I can't help feeling that she could have been framed in a far more compelling way in the studio. To put it another way, this record reminds me of a lot of extremely dull '80s releases where people were still clearly so impressed by the sheer sonic novelty of sequenced synths, drum machines and digital effects that they didn't bother with fripperies like musical variety, humanity or momentum.

So, as I see it, Tones And I has two options. Either she can leverage this enormous hit to solicit a wider range of production input, or else she can just pray that the novelty value of her vocal stylings doesn't wear off too quickly. Personally, I hope she takes the first option, because I think the world needs fresh voices like hers in the charts. Mike Senior

Tones And I 'Dance Monkey': https://youtu.be/q0hyYWKXF0Q 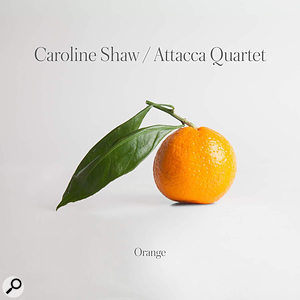 As a violinist, there are few things that annoy me more than the unimaginative string arrangements that blight so many commercial music releases. So when I'm king, my first act as ruler will be to force Caroline Shaw's latest album, Orange, into the hands of every budding music producer and shout, "There! That's how you do it!" It is, quite simply, a masterclass in interesting and engaging string-arrangement techniques.

Even in just this one track, you've got huge dynamic and timbral variations, snap pizzicato, stopped harmonics, sonorous senza-vibrato chords, plaintive pitch fall-offs, arpeggiated quadruple-stopping, near-pitchless percussive brushing and gently bounced bowing — not to mention a bunch of cool rubato and alleatoric effects besides. Honestly, I defy anyone with an interest in string arranging to listen to this and remain uninspired.

That said, this isn't a record that I think I'll revisit very often on musical grounds because I just can't help feeling that, under its undeniably dazzling surface, it's rather hollow on the inside. The release publicity made much of Shaw's interweaving of well-known fragments from the classical repertoire into her own compositions throughout this album, and I did initially find myself drawn in by this intriguing game of Name That Tune. The longer I listened, though, the more her approach seemed like smoke and mirrors, borrowing a veneer of establishment gravitas and feel-good factor from her celebrated forebears without developing a sufficiently compelling musical logic or impetus of her own.

To put it another way, it feels like I'm listening to a film's underscore without the visuals; however great the arrangement and performance, there's little sense of why it's doing what it's doing at any given time — where it's taking me and whether I've got there; if I'm at the beginning or near the end; and whether a particular moment is thematically pivotal or just a bit of transitional figuration.

Now, I do have a pretty high tolerance for contemporary classical music and enjoy plenty of works that are much harder on the ear than this, so I don't think this is just me being reactionary. (To be fair, I'd also have preferred a little less ostinato and a little more melody — so I'll concede that I'm at least slightly turning into my Dad!) Fundamentally, listening to this album reminds me of auditioning presets on a top-grade virtual instrument: each new patch may be thrilling and inspirational, but that doesn't make it great music. Mike Senior 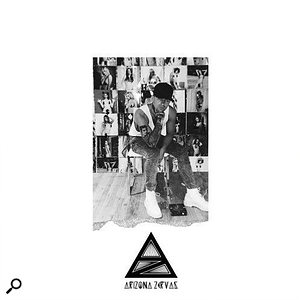 Although I'd rather listen to the Police's song of the same name any day, the bass line in this version presents an interesting case study of how a sub-heavy timbre can nonetheless retain melodic audibility on small speakers.

When I say 'sub', I'm talking about the real deal — the bass line has powerful fundamentals stretching from 47Hz right down to a blancmange-wobbling 28Hz! The reason this line translates so well to your phone speaker is that it's being surreptitiously doubled by another line (either another synth or a very restrained clean guitar; it's tough to tell) which provides that all-important mid-range.

When I say 'sub', I'm talking about the real deal — the bass line has powerful fundamentals stretching from 47Hz right down to a blancmange-wobbling 28Hz!

What's cool about this production, though, is that the main bass is presented both with and without the additional mid-range layer, so you get to compare the small-system translation in each case. For example, the mid-range layer drops out at 0:37, and then returns at 0:48. You'll hear some difference between these sections when listening on a full-range system, but when heard on an Auratone it's like night and day — the bass line is almost inaudible before the mid-range layer arrives.

And one other thing caught my attention. While the knee-jerk vocal pitch-gridding left me as bored as it usually does, one redeeming feature alleviated the tedium: the subtle artificial backing-vocal harmonies that kick in for the final hook section from 2:06. Mike Senior 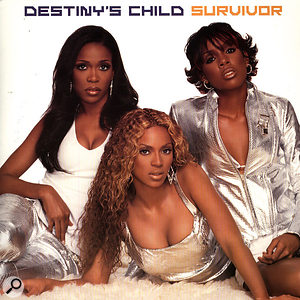 A classic R&B production of the early 2000s, this song's generally hyper-slick production values are cannily set in dramatic relief by contrast with the intro's cheesy S&S synth timbres. Incidentally, the version on the band's greatest hits compilation (named #1's in honour of grocers everywhere) halves the length of this intro — that's the kind of thing I'd expect of a radio edit, yet I couldn't find any evidence that the original single release did this. Proof, if any were needed, that attention spans are... sorry, what were we talking about again?

Speaking of radio, I recall this song's playlist dominance at the time, but despite it bludgeoning us all into submission back then I was surprised on revisiting the track by how much of the programming detail I'd forgotten, and particularly the various one-shot samples that add textural depth behind the programmed beat. (You can hear those elements best during the beatless mid-section at 2:00-2:12 — the timpani hits at 2:07 are a personal highlight.)

Time had mercifully dulled my memory of the relentlessness of that high percussion, an archetypal R&B combo of hi-hat and triangle that combines with the sibilants of the word 'survivor' to gently sandpaper the eardrums.

Time had also mercifully dulled my memory of the relentlessness of that high percussion, an archetypal R&B combo of hi-hat and triangle that combines with the sibilants of the word 'survivor' to gently sandpaper the eardrums. (Given this mildly fatiguing listening experience, though, I was tickled to hear the enormous lisp on "I'm tho much better" right at the start of verse one!)

Another thing I'd forgotten about this production is the bass part's star turn during the choruses, a tremendously athletic line that serves as a countermelodic foil to Beyoncé's increasingly frenzied soprano ad libs. I'd even argue that, in a sense, it foreshadows the improvisatory ping-pong noodle-off between the vocalists at 2:47.

Of course, the vocal arrangement remains iconic in its own right. In fact, an a cappella mix was made available on vinyl at one point and it's instructive to track that down on YouTube. What struck me especially was how those moody low alto BVs in the verses had been edited to leave in the breaths — something that most producers would probably trim away as a matter of course. In this mix, they seem to have been turned up if anything, so that their rhythmic urgency forms an intrinsic part of the verse's programmed groove. Mike Senior