To help you brush up on your listening skills, we examine the production of some recent hits and a classic mix of Harry Belafonte from the first LP ever to sell a million copies. 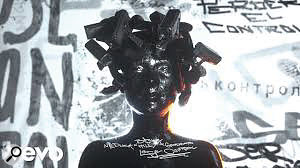 The moment I heard this track, I was struck by a strong sense of déjà vu, because its vocal hook is more than a little reminiscent of the one in Meduza's previous hit 'Piece Of Your Heart', which I critiqued in August 2019. Same tempo. Same syncopated rhythmic contour. Same phrase structure. Same alternation between three-note legato line and staccato panting vocal tick. Admittedly, the whole thing's been moved from Bb minor to C minor and shifted two beats earlier in the bar, but that does little to disguise the creative bankruptcy of trying to chart 90 percent of the same hook twice. What makes it even worse is that they didn't even copy the best idea from 'Piece Of Your Heart' — that genius little bit of 'out-take' speech!

Depressing as this is, it does raise intriguing questions. Firstly, what does it say about Meduza? From where I'm standing, it shouts "We're one-hit wonders, and we know it!", because typecasting yourself like this seems counterproductive for anyone with a long-term career in mind. Then again, the Ink Spots made a successful career out of repeating roughly the same song, and the producers (or their besuited colleagues) may figure that'll work here too. I wonder, given that Meduza have demonstrated the commercial value of the sincerest form of self-flattery, whether we'll soon be treated to several quasi-Xeroxed versions of every new EDM hit, as a matter of course. The idea of multiple remixes is a well-established norm, but we could be entering an age where 'rehooked' versions are no less commonplace.

Meduza have demonstrated the commercial value of the sincerest form of self-flattery...

Ah, how my heart leaps for joy at the thought of mainstream artists further milking the music-buying public's purse at the expense of less well-marketed independent musicians! (Perhaps that'd give me carte blanche to fill this column with recycled bits of critique; maybe I shouldn't complain too loudly!)

Another perplexing question is that of copyright, because had a different producer been responsible for this song, I imagine Meduza would have had good grounds to sue. So what if Meduza had licensed those two songs with different companies: might they have had to sue themselves? And what if Marshmello now released a new song with a hook equally similar — perhaps moving to E minor and starting that phrase/rhythm contour on the second beat of the bar, say? Which song's copyright would Meduza then claim had been infringed? I need to lie down... Mike Senior 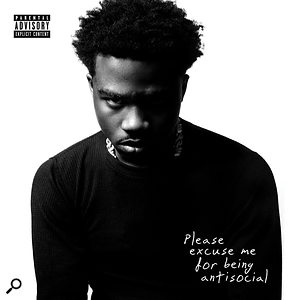 Another month, another viral Tik Tok dance sensation, but what I particularly like about this one is its bass part, which features something of a rarity: a prominent reverse-envelope note (first heard at 0:18). I'm always banging on in this column about the importance of where bass notes finish, but even in cases when producers really pay attention to this, the start point of each bass note still tends to take musical precedence — understandably so, given that it often coincides with a beat's kick-drum hit.

More unusual about this instance is the target that the reverse level envelope leads towards. Far and away the most common choice of location for reverse-envelope sounds is preceding a downbeat, adding a sense of momentum and build-up into some important section boundary or other. But in this case it's not at a section boundary and or preceding a downbeat — it doesn't even precede a strong beat. Instead, it leads up to the sixth eighth note in alternate bars, and has a really striking effect on the groove. There's something reminiscent of a slow one-drop about this manoeuvre too, which seems well-suited to the track's generally laid-back vibe. Mike Senior 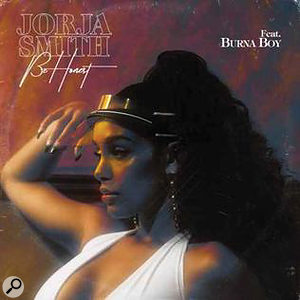 Now more than ever, the music market is a battle for attention, with artists and producers outdoing each other to come up with the most ear-catching lyrics and hooks. One of the more counterintuitive tactics is to suggest to the listener that something's gone wrong with the playback or broadcast process, and then rely on natural human curiosity to draw their focus. Think of it like the audio equivalent of rubber-necking.

There have been several cool examples of this recently, such as the bass-tone drop in Billie Eilish's 'Bury A Friend' or the "What... sorry, just quickly... what if it's..." from Meduza's 'Piece Of Your Heart'. There's another more subtle instance here, because one of the percussion samples sounds very like the kind of click you get sporadically when there's a sample-rate mismatch somewhere in the system. Because most producers of soul/R&B tracks tend to avoid digital-sounding clicks like that under normal circumstances, there's something rather disconcerting about hearing them at all in this context. And, unlike obviously glitch-style electronica tracks, these clicks aren't all over the place, neither are they on obviously strong beats, so after their first appearance at 0:21 (under the words "when" and "brown"), it takes a little while to convince yourself that they're actually intentional! Once you've realised they're actually meant to be there as part of a sly groove that's making the most of several hard-onset sample snippets, you've already been listening plenty long enough to get hooked by the production's many other charms. Mike Senior 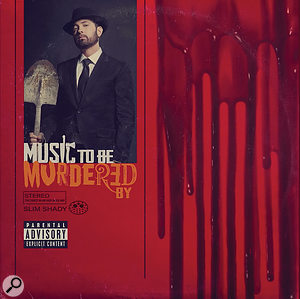 Back in September 2019, I took a pop at Eminem for his super-speed verbal machine-gunning on Logic's track 'Homicide', but I've now heard suggestions that he's set a new syllables-per-minute world record on this new release. I'll take his fans' word for it, because life's honestly too short to bother counting any more. No sense in encouraging him. It did tickle me, though, that the warp-drive lyrical section in question occurs right at the end of the track, for all the world like one of those sped-up disclaimer blurbs you get after radio adverts. "All loans subject to status. Terms and conditions apply. See www.eminem.com for details..."

Setting snarky comments aside, I like the way the producers have improved the mileage of such a simple riff by adjusting its timbral make-up and arrangement. At the outset, you'd have been forgiven for expecting the synth bass at 0:02 to just continue through the timeline more or less unchanged, give or take a few flexes of the mute button, but already at 0:14 it becomes more complex, with the sound's more characterful upper harmonics shifting up an octave while the sub-bass layer changes to a more ponderous rhythm. Then at 0:37 the upper synth component returns to its original register, we lose the sub-bass, and another more organic and ambient layer joins in (orchestral strings, perhaps?) — although that too is stripped away at 0:44. At 1:58 the upper synth component appears in its higher register without any sub-bass at all, and is further high-pass filtered at 2:21. There's nothing ground-breaking in all this, but it's very effective in providing section contrast and textural variety without losing the hook value of the riff repetitions. Shame that most project-studio hip-hop productions make scant use of it. Mike Senior 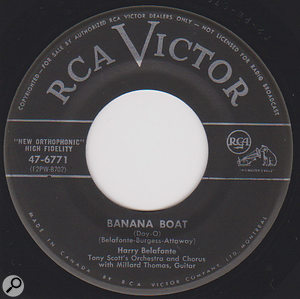 For a lot of people my age, Harry Belafonte's signature tune will forever be associated with Bob Godfrey's early-'80s animated telly adverts for a certain chocolate and caramel biscuit. ("Triiiii-O. Tri-i-i-O. I wanna Trio, and I want one now!") However, I didn't realise until recently how incredibly popular his album Calypso (on which this song appears) was at the time, spending a whopping 31 weeks at the top of the Billboard pop chart on its way to becoming the first LP ever to sell a million copies. In this light, I was a little surprised how difficult it was to find a digital release of the song in its original mono format — most of the files I tried seemed to have some kind of stereo reverb added. I also noticed that all the versions appear to be roughly 70 cents sharp of concert pitch, which suggests that the tape machine may have been sped up slightly (around four percent, at a guess) when transferring the recording to vinyl — a common trick at the time for giving single releases a bit more spring in their step.

I love the dynamic use of room reverb on the improvisatory lead vocal during the intro and outro.

The song itself is actually a Jamaican folk number, rather than an original, and like a lot of traditional work songs follows a call-and-response format where a soloist interjects different riffs and lyrics between recurring group refrains (in this case "daylight come and me wan' go home"). There are some refinements here, though, in that the refrain alternates between two slightly different versions (most clearly differentiated by the top voice's final note) and all the voices join in unison with the soloist for the line "six foot, seven foot, eight foot bunch".

I love the dynamic use of room reverb on the improvisatory lead vocal during the intro and outro. This might have been done with faders in the control room, but it wouldn't surprise me if it had actually been implemented 'live' in the recording venue (apparently Webster Hall's Grand Ballroom in New York) by Belafonte simply wandering away from the mics while singing. The bass part, however, has something of a technical problem: the dominant root note ('C') comes through the mix much more strongly than the tonic's ('F'), which undermines the sense of the music, in my opinion. My guess is that a mic being placed right in front of one of the instrument's soundholes might be the culprit, as this would have dramatically emphasised the main air-cavity resonance (typically just under 70Hz), and it's the 'C' note's 65Hz fundamental frequency that's booming out.

Besides that, I do also always find myself slightly taken off-guard by the player's mistake during the very first "tally me banana" (playing an 'F' instead of a 'G'). I wonder if the bassist put it on his CV? Mike Senior