To help you brush up on your listening skills, we examine the production of recent hits by Selena Gomez, Travis Scott, Maroon 5 plus a classic mix from Roxette. 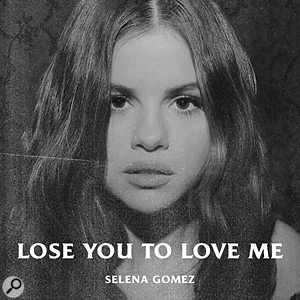 'Lose You To Love Me'

You have to admire her patience: after more than 10 years of journeyman single releases, Ms Gomez has finally delivered an undeniable hit! Praise has justifiably flowed in from many sources, but I did bridle at a review on the Vulture site which closed with: "It was a gamble trusting that the lyrics to this song would sell it on their own, but it was a wise move." Not to diss the lyrics, but the songwriting and production underpinning them are of such high calibre that I reckon the track would still have packed a punch in Klingon!

The Julia Michaels co-writing credit came as no surprise to me, given the striking arrangement similarities between the second half of this song and her own single 'Issues' (critiqued back in August 2017): the sparse half-tempo beat, the ponderous synth bass, the prominent pizzicato strings. That said, I also hear her influence in the melodic writing. The verse's short, irregular melodic fragments, for instance, and the rhythmic conflict between fleeting triplet moments such as "I saw the signs" (0:28) and the general 16th-note metric backdrop elsewhere. The hook section's repetition of "love love" on different beats also reminds me of similar tactics in Julia's top line for Clean Bandit's 'I Miss You' (see January 2019's column).

I love the use of harmony too. On the face of it, the chorus's IV-I-V-Ib pattern is simplicity itself, but the V's achingly suspended fourth (so frequently left unresolved) and the V-Ib-IV progression's hint of a cadence into the subdominant both introduce welcome tension, ratcheted further by the vocal's series of prominent melodic dissonances (a major seventh over A, a seventh over B, and both a ninth and a suspended fourth over E). The verse chords seem more complex, but because their evocative internal dissonances derive from a mid-register B pedal tone held against a fairly straightforward I-ii7-IVc-V progression, the harmony nonetheless retains its functional drive. But the cherry on the cake is the delayed dominant chord, which adds a wonderful sense of unspoken awkwardness after each verse's final phrase and also sets the scene for my favourite production stunt of the whole tune, that four-beat a capella moment at 1:32, which shifts the tonic chord's bass downbeat disconcertingly halfway through the bar.

And, speaking of production stunts, Finneas O'Connell's 'additional production' credit caught my eye. I wonder whether some of the Foley elements like the gentle wiry scraping at 0:07 or the pulsating breathiness at 1:39 come from the brains behind Billie Eilish's astonishing 'Bury A Friend' (as featured in April 2019's column). Same goes for the pitch-shifted vocal spot effect on "cos it wasn't yours" at 0:25. But the most surprising credit for me was actually mix engineer Serban Ghenea, someone I've always instinctively associated with high-energy rhythm-driven numbers, but who shames me for my lazy preconceptions by delivering a fabulous mix here, full of warmth, subtlety and detail. (And I can't help speculating that the inspired two-bar echo on the final chorus's backing vocals might well have been his idea.)

All in all, this is a truly exceptional piece of work, and one of the highlights of 2019 as far as I'm concerned. Oh, and the lyrics aren't bad either... Mike Senior 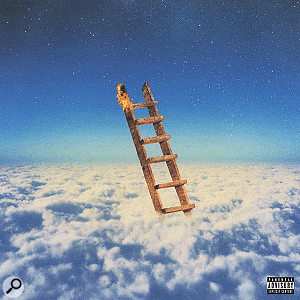 'Highest In The Room'

This is one for the space cadets, with a Theremin-style lead synth reminiscent of Portishead's 'Mysterons' (from one of my all-time favourite albums, incidentally). It also sounds to me as if the backdrop to that synth line is a slowed-down version of the guitar phrase sample that arrives at 0:12, which further intensifies the trip-hop nostalgia!

This mix has bucketloads of sub-40Hz bass, so you get a very different listening experience on smaller listening systems. I'd worry more about this translation issue in some productions, but here there are enough distortion components coming through from the bass line to make its (simple) musical line passably audible, and the kick drum comes through very nicely when it arrives at 0:25. However, in pushing the extreme low end this much with the bass, there's not really enough mix headroom left to accommodate the kick, and the heavy flat-topping that occurs (frequent bouts of 100-200 samples) makes the body of the kick drum seem to 'fragment', for want of a better word. Given that the kick sound in itself sounds commendably tight and punchy on those occasions where it's not clipping as severely, this is definitely one occasion where I wish they'd dialled back on the mastering processing to get a more appealing trade-off between loudness level and sonic side-effects.

There's plenty of great ear-candy here, underscoring the rather hallucinogenic vibe. I love the spot vibrato effect at 0:58, for instance, which adds an affecting tremulousness to the line "don't wanna die". The strong eighth-note delay that bubbles up at 1:06-1:16 is great too, in the way it seems to fight against the lead line for attention and intelligibility — again, a nice way of insinuating that the rapper is losing control of the situation. The super-wide modulation at 1:54 is another cool vocal effect, initially playing the role of a kind of ghostly alter-ego to the lead, but then merging together with it for "oh, I fill my mind up with ideas". It almost feels like the audio equivalent of refocusing after a moment of double vision! Mike Senior 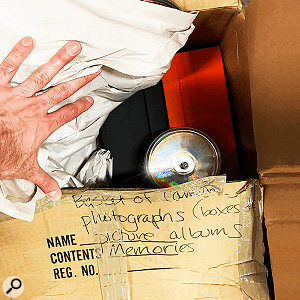 One of the more tedious trends of recent years has been Hollywood's obsession with franchises and remakes: the ever-expanding Avengers and Star Wars universes (I couldn't help but scoff at the Episode IX advert that read "This Christmas, the saga will end." Yeah, right...); Disney's lumbering live-action cartoon-reboot production line; and those endless lazy cash-ins on iconic telly series like The Addams Family and Charlie's Angels. The thinking, presumably, is this: why make a wholly new film that has to rely entirely on its own merits, when a derivative release can instantly bask in reflected glory from a long-established hit?

Of course, in the music world there's a long tradition of covering other people's songs, and there are whole music genres based around shared musical kernels — the 12-bar blues progression, say, or the Amen break. So why is it that Maroon 5's rip-off of Pachelbel's most famous work annoys me at least as much as 2003's The Italian Job (the Mark Wahlberg heist-by-numbers that used a flimsy Venetian veneer and a handful of Mini Coopers to cynically cash in on 1969's eponymous UK classic)?

Part of the reason is probably that, despite my being something of a cheesy classics fanboy, I think Pachelbel's Canon ('The Cellist's Curse' as I like to call it) is massively overrated — a cheap parlour trick combining the least interesting aspects of Chaconne (ie. a repeating bass line) and Canon (eg. a melody harmonising with its own echoes). Honestly, whenever I hear people say 'ooh, how clever!', I want to throw up! So it's perhaps unsurprising that Maroon 5 have brought me out in a rash by managing to dumb things down even further, missing a wide-open goal by ignoring their inspiration's baked-in potential for contrapuntal countermelody.

But there's so much more that I find galling besides. Of the (count them) eight songwriters credited, it's the one who's definitely not eligible for royalty payments who supplies the song's complete chord progression and arguably its biggest melodic hook (under the opening lines "Here's to the ones that we got / Cheers to the wish you were here"), yet there'll doubtless be plenty of listeners who'll assign the others that credit. And Maroon 5 are already latecomers to this particular horse-flogging party too — there were already two Pachelbel-powered hits way back in 1968, and who can forget the gloriously out-of-tune gospel-choir outro of Coolio's 1997 hit 'C U When U Get There'? Then there's the smug slathering of canned crowd noise lurking in the mix, which triggers the same allergic reaction I encountered while critiquing Lady Gaga & Bradley Cooper's 'Shallow' back in February 2019's column. Oh, and Levine's vocal is so pitch-processed and chorused that it boasts all the emotional intensity of a dodgy deep-fake.

If you ask me, a much more appropriate title here would have been 'Will This Do?' Mike Senior 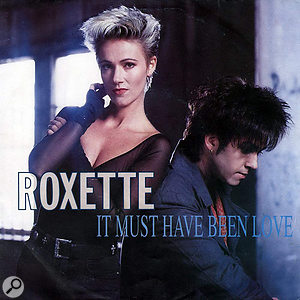 Revisiting this hit song following the recent untimely death of singer Marie Fredriksson, the quality of her performance impressed me anew, especially those exhilaratingly uninhibited high F notes she belts out during the final choruses. The backing-vocal arrangement is another gem, using a nice call-and-response counterpoint to plug the lead vocal's phrase gaps, and well as adding musical emphasis on the first downbeat of each chorus. I'd also forgotten about the modulation to F major that unlocks that higher register by moving up a fourth from the C major of the first two choruses — one of those rare examples of a final-chorus modulation that bucks the usual threadbare 'up a step' cliché. And what a lovely detail that characteristic minor-V chord is at 2:20 and 3:37! You might even argue that this hint of subdominant tonality foreshadows the song's climactic subdominant modulation.

Sonically, though, the best-known mix of this record (for 1990's Pretty Woman soundtrack) is a bit of a curio. That snare's ample 300Hz energy and artificially hyper-inflated sustain sound like someone coughing into a drainpipe, and makes the whole mix feel rather congested just on its own. In response, it sounds like the rest of the mix has been scooped quite a bit in that region, and feels gutless by comparison with the snare. The combination is therefore slightly disconcerting, somehow, because it sounds like it has both too much and too little lower mid–range simultaneously. The same 'throw away your cake and don't eat it' scenario applies to the vocal tone too, which is fairly dull and muffled for the most part, but which simultaneously indicates via powerful sibilants (eg. during the first chorus) that it's already more than bright enough! I have to say I much prefer the band's original 1987 mix in that respect.

The low end's rather unsatisfying too, partly on account of the kick's treble-only attack. Yes, you get plenty of low-end information in the 60-120 Hz octave, but it's all just a diffuse-sounding size illusion, rather than delivering any real punch. Furthermore, the lack of anything going on below 60Hz leaves the beat feeling lightweight, especially in comparison with that hyper-inflated snare. It's fortunate, then, that the bass line contributes healthily in the 40-60 Hz region, although this also left me feeling slightly underwhelmed because the fundamental of each note appears to have a significantly slower attack than the rest of the harmonics, so its low end doesn't really 'land' on the beat. Mike Senior