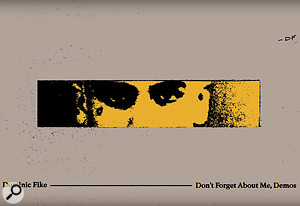 Two things really stand out from this production. The first is the vocal performance, which covers a tremendous expressive range. It starts off with the chilled attitude that permeates the layered opening chorus texture, as well as forming the baseline character of verse 1. After eight bars, though, it assumes a more playful mood, with nice little articulations such as the skipping "company" at 0:50 and the leap up to "like" at 0:57. Then after bar 16 he shifts up an octave into a cool raspy chest voice, but interspersed with lovely moments of layered falsetto. That high-register lead sound picks things up again in verse 2, but with a noticeably more assertive delivery, leading into my favourite moment of all: the gloriously ragged "too fucked up" at 1:53. But even though this seems like the performance high-point, he's still got one more trick up his sleeve at 2:06, a brilliant bit of patter singing which sashays between straight and triplet rhythms so fluidly that you can scarcely see the joins — one of the most assured bits of creative groove-surfing I've heard in a while.

My second production highlight is more subtle, and best heard during the introduction. Notice how the backbeats seem to be accompanied by a burst of filtered noise. I suspect this is simply part of the claps sample they're using, but there's always the possibility that it's been overlaid separately. Either way, this noise burst ends pretty much in tandem with its subsequent kick drum, and I think this helps make the kick stand out more. It also creates a kind of musical connection between the clap and kick, so that the programming feels less like a bunch of isolated events, and more like a kind of musical relay where each event is driving us forward to the next. This is something that I've always associated with people like Portishead and the Prodigy (I'm showing my age...), but it's really easy to transport the idea into pretty much any style, as long as there's some long-tail drums component that can be cut off by another — perhaps an open hat being stopped by a closed hi-hat, a sustained 808 kick by a snare, or a reversed cymbal by a kick. Mike Senior 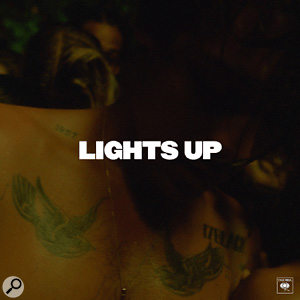 The layered vocal texture used for most of this song is unusual on two counts. Firstly, it's not common to hear a vocal line being doubled at both the upper and lower octaves, an arrangement that adds timbral variation without actually supporting the harmonies any further. And, secondly, the doubling lines sound so tight and electronic that I suspect they've been derived directly from the lead line using pitch-shifting. I have no inherent beef with this, though, because even though it does make the combined vocal texture sound more like an artificial effect (rather than a group of natural vocalists), I really don't think that's a concern within the context of this production's prevailing hazy, tripped-out vibe. Speaking of which, I love how the (presumably) intentional pitch-drift of the electric guitar part first heard at 0:28 contrasts with the super-tight vocal tuning to enhance the production's kind of 'seeing double' wooziness, almost as if the vocals and guitar are shifting in and out of focus with each other.

Another odd aspect of this song is its structure. Ask yourself this question: what's the main chorus section? On first listen, I'd have said it was the section starting at 1:18. It's uptempo and high-energy. It begins on and candences back to the key's home chord of Bbm. It has a repeating lead-vocal melody and lyric, along with that feel-good "Shine" backing vocal refrain. But, er, that section only appears once in the whole song! So is it the drop-down sections, which contain the "lights up" lyric, and the second of which closes out the song? But, um, they sound more like breakdown pre-choruses than choruses. Or maybe it's the opening texture when the beat first arrives at 0:19 — after all, that's the section that seems to get the most track time overall, and there are repeated lyrics there too. But, er, that really feels more like a verse. Taking a step back, though, does it actually matter? So what if we don't know quite where we are in the song, or where it's going next? Doesn't that just reflect the freewheeling stoner aesthetic of the musical statement as a whole?

I wonder whether we might be witnessing a tactic to increase streaming statistics here?

That aside, the rather bland 17-second instrumental intro might also raise some eyebrows. Wasn't it supposed to be a basic rule of chart pop that you get to the main hook(s) and/or lead vocal as quickly as possible? Well, I wonder whether we might be witnessing a tactic to increase streaming statistics here? For instance, Spotify counts a 'play' when the listener makes it more than 30 seconds into a track, as I understand it. Working on the assumption that most people will want to hear some of the actual song before deciding whether to skip, I reckon simple curiosity will likely carry them through that intro — much as curiosity carries most of us through those 15-second pre-video ads while surfing YouTube. At that point there's only time for five bars of the song before the 30-second mark, and I reckon few listeners would feel confident skipping any song that quickly. Had the track started straight in with the beat, on the other hand, the 30-second mark would have arrived during the 13th bar. Given that that's the beginning of the fourth four-bar iteration of fairly similar musical material, I reckon there'd have been a significantly higher likelihood of skippage before then. Mike Senior 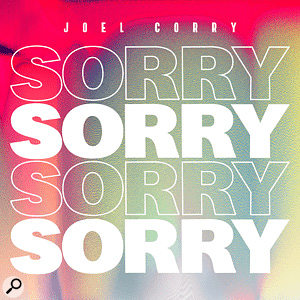 If you've not heard Monsta Boy's original UK garage release of this song from 1999, then be warned that it's a slightly unsettling listen because, frankly, its bona fide retro production feels a whole lot cooler and more contemporary than Corry's currently charting retro-flavoured happy house cover. Certainly, if you'd asked me blind which of the two came out of a '90s bargain bin, I'd probably have chosen Corry's on cheese-factor alone.

Leaving my musical snobbery to one side, there's a simple harmonic trick on display here that's worth shining a neon glow stick on. In a lot of house tracks, the harmony involves a series of seventh and ninth chords, but with the traditional functionality of the chords weakened in two ways. Firstly, any major chords are given major sevenths to counteract their tendency towards a dominant function; and, secondly, the chords tend to track the bass line in parallel motion, which undermines any sense that the dissonances are obeying traditional principles of voice-leading. The fundamental four-chord progression around which Corry's whole track is constructed (E7-G#m7-C#m9-D#m7) unequivocally ticks both those boxes, so no surprises there, but the pace of the chords doesn't stay the same throughout the timeline.

There's a simple harmonic trick on display here that's worth shining a neon glow stick on.

So the opening double pre‑chorus features a simple one-chord-per-bar harmonic rhythm, but when the following double chorus arrives that rhythm accelerates to two chords per bar, as well as adding an element of syncopation by pushing chord three an eighth-note early and by pulling chord four an eighth-note late. It's hardly rocket science, but it does very effectively increase the sense of urgency and energy exactly where you'd hope. Mike Senior 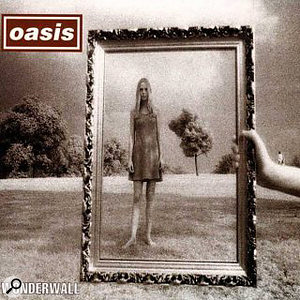 Despite Robson & Jerome denying it the UK top spot, this song went on to become Oasis's best-selling single in the UK, and it's not hard to find reasons. Liam's instantly recognisable vocal tone, of course, must rank high on the list, balancing super-focused midrange, cutting nasality, and (on higher-register lines such as "I don't believe that anybody" at 0:33) a hint of tastefully grainy break-up.

However, I really rate the drums here too. The choice of brushes is a great production move, as this instinctively feels like it better matches the arrangement's prominent acoustic guitar and solo cello. Delaying the drummer's second-verse entry by three beats is also inspired, not only because it's so unexpected, but because it prevents the drums obscuring the cello's first entry and also adds stress to Liam's vocal rhythms on "street that the" — wisely resisting the temptation to plant a snare under the word "backbeat", which I don't think would have been nearly as attention-grabbing. And that fill after the first chorus is also a classic!

The harmonies are impressive as well, because of the way Noel manages to puzzle out a satisfying progression using five different chords (A, B7sus4, D9, Esus4 and F#m7) which all share two notes (A and E). This means that those notes can be sustained as upper pedal tones pretty much throughout — no wonder U2's guitarist Edge has apparently said he wishes he'd written 'Wonderwall', because those pedal tones would have been ideally suited to his trademark long-tail echo effects.

What mystifies me a little with this song, though, are the disparities between the original album and the version on the band's Stop The Clocks (2006) and Time Flies (2010) greatest hits collections. Now I can understand why the drum fill after the first chorus appears to have been drastically EQ'd, because the kit was clearly mixed to leave plenty of room for the harmonic and melodic parts, which means it does sound rather thin in isolation at that moment. But why has the entire mix apparently been polarity-inverted for the compilation? I accept that some people feel this makes a sonic difference, but if the improvement were so cut and dried, then it's curious that the very same mastering engineer didn't repeat the polarity-inversion move for his 2014 album remaster.

Then there's the fact that the left and right channels appear to have been swapped for the compilation. Compare the positioning of the clean guitar counterpoint under "all the lights that lead us there are blinding" (1:11), for instance, or the electric guitar's sustain at the end of chorus one. But what's weirder is that this doesn't remain consistent, since the verse sections don't seem to have been channel-swapped — the opening acoustic guitar is noticeably brighter and pickier on the left side in both cases, for instance. What could possibly have been gained by doing this? It makes no sense to me at all. Yet if it's a simple goof, then isn't it actually the kind of thing you'd expect a top-flight mastering house to be quality-controlling for, especially with their highest-profile artists? Mike Senior