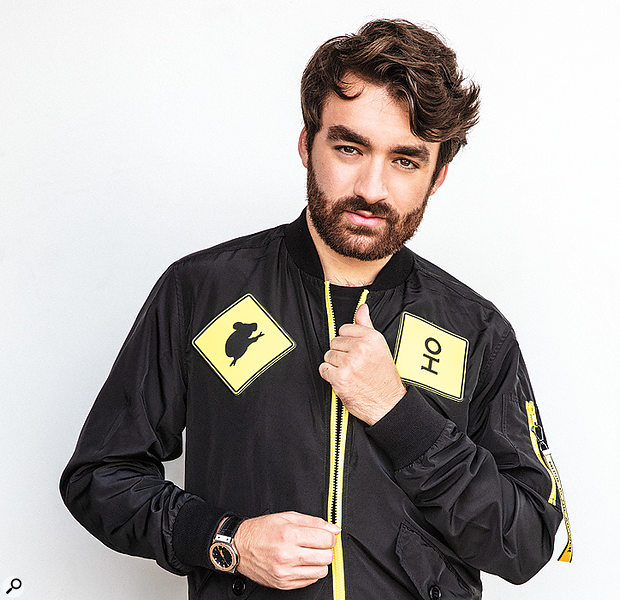 Laptops, loops and layers are the tools that have taken Oliver Heldens to the forefront of the future house genre.

Six of the top 10 artists in DJ magazine's Top 100 for the year 2018 were from the Netherlands, including chart-topper Martin Garrix, Hardwell, Armin van Buuren, Tiesto and Afrojack, with the name Oliver Heldens appearing at number eight. Still only 24, Heldens is one of a new wave of Dutch EDM stars who is following up the breakthroughs made by van Buuren and Tiesto. Born in Rotterdam in 1995, he's a digital native who is equally at home in pop music or a swathe of EDM subgenres.

"Before I began producing, I played piano and keyboards," Helden recalls, "but when I started producing on computers, I stopped playing eventually. I now just click in the melodies and chords as they pop up in my head. So there's no need to play keyboards anymore. When I hear a classical music composition, I can easily click in the notes and just remake the composition. It's the same when I have a musical idea: it only takes a few minutes to enter the melody and chords with a mouse. But I do think that playing piano in the beginning helped."

The teenage Heldens became very adept at this way of working, and major success came when he signed to the Dutch label Spinnin' Records at the age of 18, on the basis of his song 'Gecko'. Released in late 2013, it made some inroads in Holland and neighbouring countries. Half a year later, a new version called 'Gecko (Overdrive)', featuring British singer Becky Hill, was far more successful, reaching number one in the UK. It was a meteoric rise for the Dutch teenager, helped by the fact that Spinnin' was the happening label in the newly hot EDM genre.

Heldens recalls how he got swept up: "When I was 11, I got into dance music and house music in particular. I was buying compilations of this music and afterwards I fell in love with jumpstyle and hardstyle. I adored people like Fedde Le Grand, Laidback Luke, Chris Lake, Green Velvet and so on. When I was 12, I discovered electro house and club. I went to high school and they threw really big school parties where they booked people like Hardwell and Chuckie. From that moment onwards I wanted to make music myself. A neighbour friend who was a little older was already producing things using Fruity Loops, and he showed me what he was doing, and we'd dance to his music!

"I downloaded Fruity Loops and started making beats on that as well. Because I had the demo version, I could not save what I was making, so every time I made something I'd export a little bit of a part. I'd be exporting all the different parts, like in bits of seven or 15 seconds of audio, and I'd then pull everything together in Windows Movie Maker. That was my first experience of making beats. In the very beginning, I was only working with samples, but by the time I was 15 I got more serious, and was reading about beat-making and started watching tutorials. I went in-depth and got the full version of FL Studio. That's...