We examine the production of some recent hits to help you fine-tune your listening skills. 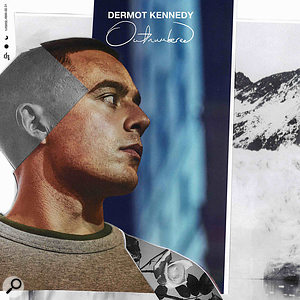 Following the enormous success of Lewis Capaldi's 'Someone You Loved', it's tricky to take this Dermot Kennedy number at face value. I just can't shake the vision of some cigar-waving svengali addressing a room full of industry suits with the words, "Hey, if a gravelly voiced Scot can bludgeon the charts into submission with I-V-vi-IV, then why not a gravelly voiced Irishman?" To be fair, at least Kennedy's following a slightly less well-worn route here, using IV-I-V-vi in a three-eighth/five-eighth harmonic rhythm — although Dan+Shay's Grammy-winning 'Tequila' also gave that one a pretty decent flogging recently. This song's main guitar riff also dutifully apes the laziness of Capaldi's lead piano, constructing its line by simply doubling the bass line in thirds.

Putting all that aside, though, I like the production sound. What a beautifully warm and solid bass timbre! In this respect he knocks spots off 'Someone You Loved', which feels rather lightweight by comparison. And the kick is a lovely specimen too, with a powerful low-mid–range 'knock' and a surprising degree of bottom-octave power given its restrained decay. I might have wished for a little more mid-range transmission from the bass for the benefit of small-speaker listeners, but the melodic loss here is perhaps mitigated a little by the guitar riff's subservient doubling.

It's also smart that the lead vocal's only real source of high-frequency competition comes from the snare and hi-hat, but these are both of such short duration that their frequency-masking effect is minimal, so the emotional details of the singer's performance remain effortlessly upfront throughout. Mike Senior 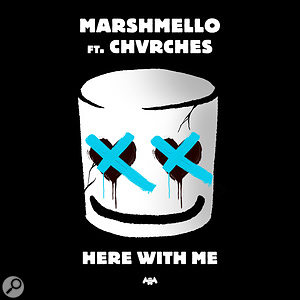 A lot of the time, end-of-section arrangement fills are about adding complexity that isn't present the rest of the time, but there's a great example of the opposite here: the lead vocal's opening delay effect is allowed to swell up after the first three phrases, but is then muted for the fourth, which is, naturally, the hook line. At the other end of the song, though, the final section's second phrase "know I'm finally free" falls rather flat because the piano part decides to return to the tonic for both its third and fourth chords. I'm not sure what the thinking was there, because it makes it feel to me as if the song is ending prematurely, rather than continuing for another two phrases. Mike Sen 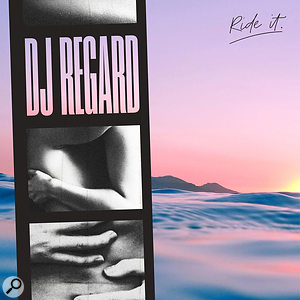 The most common question I get from students of EDM basically boils down to, "Can you listen to my mix and tell me why my bass/kick sucks?" Frequently, the problem stems from their choosing a kick drum that's too resonant. Those kinds of samples can sound huge when auditioning them in solo, but their booming low frequencies leave precious little room for anything else — so if you combine them with a bass synth the whole mix ends up feeling unattractively muddy well before the kick or bass feel powerful enough.

In this regard, 'Ride It' is a pertinent case-study, because it uses exactly the kind of kick I'm talking about, but it carefully manages the arrangement to avoid the typical pitfalls.

The drum's fundamental resonant pitch is the root note of the track's home key, so it implicitly supports the harmonies above without there being any musical need for a separate bass line.

For a start, the drum's fundamental resonant 'G' pitch is the root note of the track's home key, so it implicitly supports the harmonies above without there being any musical need for a separate bass line. That means that the bass line has much greater freedom to choose when and where it plays, and it takes advantage of this privilege by using mostly short, sharp stabs in the gaps between the main kick beats. There's no onus on the bass line to deliver low end in this scenario, either. Indeed, if you chop out one of this song's kicks and phase-cancel it against the rest (dead easy given the metronomic 118bpm tempo), you can hear that the bass really isn't contributing much low-frequency energy at all, majoring instead on its more characterful mid-range frequencies. The upshot is that the kick can be big and full at the low end and on the main beats, while the bass synth makes its presence felt in the mid-range and on the off-beats. Result: no muddiness and plenty of power. Mike Senior 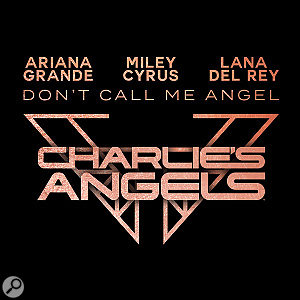 Seldom has a Serban Ghenea mix been squandered on such a lame song. (To be fair, though, the video's even worse, with Ariana and Miley chewing up the scenery in ridiculous wing costumes and Lana looking like she's praying for the ground to swallow her up.) If you ask me, your best tactic would be to put mental blinkers on and concentrate exclusively on the main bass patch. If you hear it on any system with a subwoofer, it masquerades as one of those urban sub-bass patches, immediately making the production sound more grown-up and edgy. However, if you filter out the subs with a steep high-pass filter around 70Hz, it becomes apparent that it also pushes masses of characterful distortion products into the lower mid-range, which means that the notes actually survive surprisingly well on smaller speakers too.

Raise the high-pass filter up to 300Hz, though, and the bass effectively vanishes, and I think it's this rapid roll-off in frequency content that's responsible for the subterfuge. You see, powerful bass fundamentals mask not only their own frequency, but also frequencies above them to a certain extent. (This is one reason why it can be easier to judge a mix's mid-range balance on smaller speakers at lower listening volumes.) In this case, I suspect that the masking is making the bass synth's low-mid-range energy less audible, so that the timbre sounds more like a simple sine wave under full-range playback conditions. Mike Senior 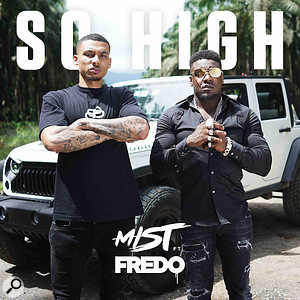 While most vocal pitch-processing remains reactive, I'm encountering more and more examples of it being used to add expressive pitch variations to a singer's performance. (Check out Sam Smith's 'How Do You Sleep?' or Mabel's 'Don't Call Me Up' for some recent exhibits.) In those cases there still seems to be an implicit goal to maintain the semblance of a natural delivery, in order that the general public don't seriously question the authenticity of all that impressive ornamental filigree and machine-gun vibrato.

The thing I like about this track is that the vocal samples seem to be using a much less natural-sounding vibrato algorithm to create an ear-catching effect. What is it that's making it sound less human? It's pretty fast, for a start, and although some singers can manage this kind of rate, it's absolutely even, where real human vibrato tends to fluctuate in speed. The other real giveaway is that the vibrato is active the whole time (check out 0:31-0:35, for instance), whereas singers normally apply vibrato more selectively, and often gradually introduce it only a little after the onset of any given note. Also, on a technical level, you can hear that the vocal tone is being modulated much more than you'd expect of organic vibrato, because the basic pitch-shifting algorithm is modulating the vocal formants along with the pitch. (Modern pitch processors maintain a more natural sound by leaving vocal formants alone as they change the pitch, but it's not a perfect process and vestigial formant-related side-effects continue to blight many heavily processed chart vocals.)

I often think it a shame that EDM doesn't make more use of legacy pitch-shifting algorithms, because their more obvious processing artifacts can make a real creative statement. As this release demonstrates, there's life in the old dog yet! Mike Senior 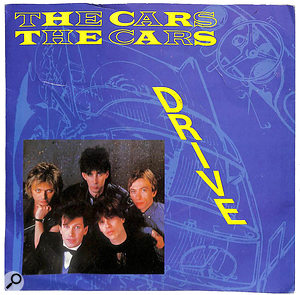 To be blunt, even though this song has über-producer Mutt Lange's pawprints all over it, I reckon my mousemat has better groove, and the bass and kick policy of "we have one riff, and we mean to use it!" is pretty tedious too. Fortunately, there are some nice tempo-sync'ed distractions, such as the ping-pong treatment that's making a 16th-note feature out of what, presumably, are single recorded tambourine hits, or the 16th-note predelayed reverb on the electro–claps that precede each snare backbeat. As is so often the case with '80s productions, many sounds haven't dated very well, but the synth backing texture holds enough subtleties to draw the ear, in particular the way the super-tight vocal layering blurs the lines between what's real and what's synthetic. Are the low-level 'oohs' and 'aahs' (clearly audible from 1:32) vocal overdubs or early multisamples? Are the "who's gonna drive you home?" interjections (first heard at 2:06) recorded singers or a vocoded synth? On both counts neither answer would surprise me.

But my return to the Cars' biggest hit was prompted by the sad news of chief songwriter Rik Ocasek's death, and there's plenty to admire about his work here. It's remarkable, for instance, that the second verse is double the length of the first, a relationship which is usually reversed if anything. It's also slightly unsettling how the second chorus somehow melts into the middle section by using the chorus's third-bar material as the first bar of the new section at 2:12. Of course, that means that you only really realise that you've moved into the new section retrospectively, once the chord change in the following bar confounds expectations for the chorus.

What intrigues me most is the harmony, and specifically the ambiguousness of the major-seventh sonority that embellishes the verse's underlying B chord. On the face of it, you might just write this off as surface colour, rather than anything harmonically meaningful. However, the persistent suggestions of an added C# (eg. in the strong synth overtone at 0:08, the rhythmic 'chiff' layer added from 1:10, and the brassy fill at 1:16) repeatedly hint towards an F#6 double-meaning that eventually becomes explicit in the chorus's Ic-V6-I cadence. Even then, the lead vocal line initially weakens the cadential effect by jumping from the added sixth to the root chord's fifth degree, thereby delaying the more traditional D#-C#-B melodic resolution right until the end of the song. Shame, though, that this also converts a non‑standard instance of the 'tonight' trick (see SOS March 2019's column) into a textbook case... Mike Senior