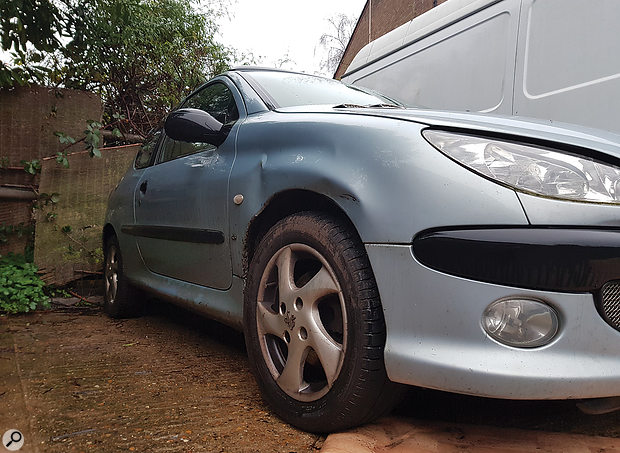 If you're wondering whether you've accidentally taken an old copy of Top Gear magazine to the toilet, rather than the February 2020 issue of Sound On Sound, fear not: I have a point to make, and I'll get to it shortly.

But first, let me tell you why I don't love my car. It's a shonky, dented old banger. It makes weird crunching noises when I go over speed bumps, the steering is lumpy, the speedometer only works intermittently, and the indicator has a dangerous habit of blinking left for no reason.

Even if it weren't an old rustbox, I'm not a petrol-head, I have no love for combustion engines, and I drive like a granny (which is probably the only reason my car hasn't yet been crushed into a cube and melted down for cutlery). You won't catch me watching The Grand Tour on Amazon Prime.

But for all the headaches it's caused my mechanic, my car has been of huge value to my musical life. In the practical sense, it's got me and various PA speakers, instruments, mixers, amps, bandmates, drummers and other sundries to and from gigs many a time, and has — so far — never left me stranded.

It's also helped me in a number of less expected ways. Being a millennial, I never had a radio until I had a car, and while I've spent most of my life being a bit of a pop snob, commercial radio frequently leaves me pleasantly surprised. Whether it's a cutting-edge Scandinavian chart-topper, a gated-reverb power ballad or a Motown classic, even the shortest of drives gives my musical brain food for thought. And then there are the singalong classics that turn my car into a portable isolation booth, in which I can belt out cathartic choruses with a gusto I can never seem to muster in public.

But for all the headaches it's caused my mechanic, my car has been of huge value to my musical life.

My mobile disco lets me indulge my guiltiest musical pleasures without fear of judgement. Were it not for my car stereo, my Spotify end–of–year playlist would probably have been quite respectable. Thanks to Bluetooth, however, it offers a candid and occasionally troubling glimpse into my youth — my angstiest teenage heavy metal years, that summer of happy hardcore, the hip‑hop records I haven't cranked up since I retired my lava lamp. Music I'd never dream of inflicting on a dinner party, but which I can safely gorge upon in the private bubble of my car.

Perhaps my car's most useful function, however, in terms of making music at least, is as an alternate set of monitors on wheels. The skewed response that all in-car systems exhibit puts all kinds of technical problems in sharp relief, and that's before I've taken account of the weird rattle that manifests behind the right-hand door panel whenever I turn the stereo up past six. But despite all the flaws my car stereo reveals, listening back to my own material in the car also provides a welcome confidence boost.

I'm used to hearing unfinished music from my studio monitors — raw samples, rough mixes, the same kick drum on a loop for four hours — but my car is where I listen for pleasure, to songs that have been mixed, mastered, shrink-wrapped and broadcast. When I'm listening to the radio, it never occurs to me to wonder whether this instrument should be louder, or that reverb should be quieter. So when I do consider a track of my own finished enough to bounce and stream to my car system, I can finally enjoy it again, for perhaps the first time since I dreamed it up. And when my kick drum rattles the same door panel as Cypress Hill, Sepultura and DJ Dougal, I know it's in good company.