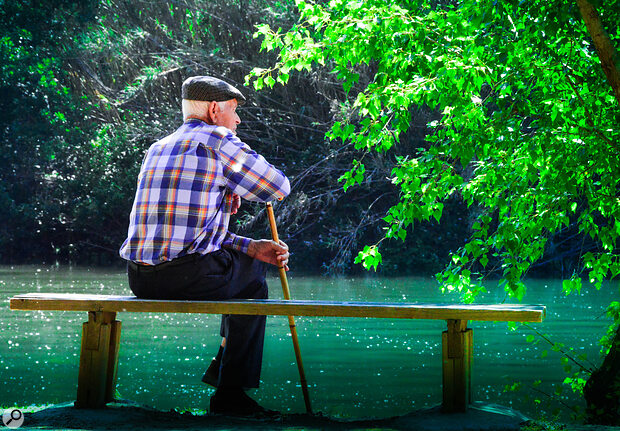 When I was but a wee lad, I loved things that were noisy. I loved the roar of my motorbike when accelerating to a speed that would have annoyed the boys in blue had they been there to witness it, I loved parties at which you could lust after the object of your… well, lust, without it being possible to hold an actual conversation, and I loved gigs at which my chest cavity felt like the inside of a bass drum.

But as I got older, I started to appreciate moments of calm, being able to hold a conversation with the surprisingly lovely woman who was stupid enough to accept my advances, and being able to hear all of the instruments played by my favourite bands. I also learned to love digital audio which, far from being the fiendish invention of whichever devil your particular superstition promotes, proved to be a breakthrough in clarity that made music much more enjoyable. And I learned to love digital noise reduction, which, after a shaky start, made it possible for me to rediscover and enjoy pre‑digital recordings and live music to an extent never previously possible. Digital reverb units that allowed the pokiest of theatres to sound lush and expensive? Love ’em. Digital desks with recallable scenes for each track in the set? Love ’em. DAWs that allow you to mix umpteen tracks with crystal clarity? Love ’em.

But then someone had the idea that writing software to generate noise would be pretty cool. Are your recordings too 21st century? No problem. For just a few quid you can add clicks, crackle, surface noise, hum, buzz, pops, thumps and hiss to your sterile recordings and make them sound cool again! Whose bloody ridiculous idea was that? It’s like going to your doctor’s surgery in perfect health specifically so that someone can infect you with lots of nasty diseases and break a limb or two for good measure.

Noise isn’t cool. It’s noise. It’s unpleasant. It interferes with your ability to hear what someone has (one would hope) practised for years to be able to create for you. The voice of an angel? Quick, bury it in surface noise. The most tasteful guitar solo played in decades? Quick, add buzz and hum like wot they had in the ’60s. The punchiest groove in years? Quick, add clicks and crackle so that, when it’s limited into the audio equivalent of a lump of lead, it’s an unlistenable mush of squashed beats and transients. Be the envy of your friends and colleagues; there’s nothing that you can’t wreck with our software!

The world has been doing everything it can to go insane in recent years, and now you want to make it noisier too? Somebody find me a quiet spot where there are no news channels, no social media, no streamed music, and a small plot where I can grow my own vegetables. And if you try to add noise to it, I’ll beat you to death with my club. Silently, of course.