Why I Love... Silence 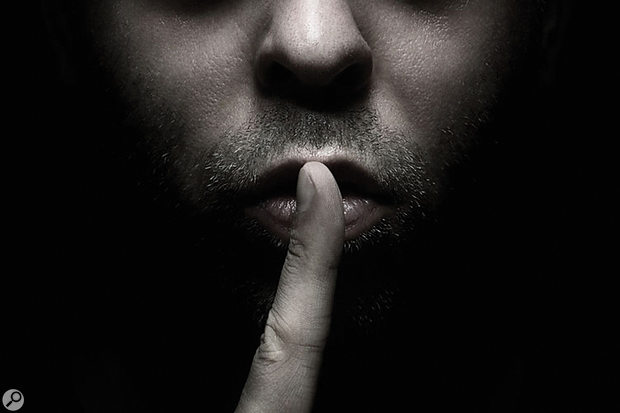 I love music. Of course I love music. Why else would I make it and record it and listen to it and write about it? I love sound, too, in a broader sense. I’m sure I’m not alone in being almost unable to hear a noise without starting to speculate internally about how it might best be recorded, or eliminated, or processed to turn it into a different kind of noise.

But I also love silence.

One of the things that being in a recording studio brings home to you is how rarely in life we get to experience the complete absence of noise. Everyday spaces that we think of as being quiet are, from the recording engineer’s perspective, anything but. The chatter of conversation drifting in from the next room, the hum of the refrigerator, birdsong, the sound of distant traffic: they’re all things we habitually tune out because they are so commonplace, but they are there nonetheless.

Playing music in a domestic environment is like writing on a sheet of scrap paper already covered with other people’s doodles and notes. By contrast, the silence of the recording studio is a proper blank slate, a fresh page in a new sketchpad. It offers unlimited potential, and at the same time, it demands a less casual approach from the musician. The availability of true silence is a key part of what makes a proper recording studio, and very often, it’s something that you can’t find anywhere else. Silence isn’t just a technical necessity for making high-quality recordings; it’s something that can have profound psychological effects on performers.

It’s pretty self-evident that a space intended for recording should not be polluted by unwanted sound, and if you don’t think that’s a necessary feature of a good live room, you probably haven’t recorded an audiobook. But it’s not only in the live room that silence is golden. For me, a quiet control room is almost as important, and it’s something that is sometimes neglected in studio planning and construction.

When you’re putting together a control room, it’s easy to be blasé about low-level noise. You’re not going to be recording with mics in there, after all, so what does it matter if the studio computer puts out a bit of fan noise, or the PSU for that rackmount unit hums a bit? Isn’t the ability to maintain the room at a comfortable temperature more important than the drone of the air-conditioning? It’s not like you can hear it with the monitors turned up, anyway.

This, to me, crosses the line at which sensible compromise becomes simply sloppy studio design. There’s no good technical reason why a control room shouldn’t be as quiet as the live room, so why not go the extra mile and make the effort to do it properly? I want to be able to hear low-level problems in source material. I want to be able to audition my mixes at whisper-quiet level. I want to be able to press Stop and hear my reverb tails decay into utter digital black. I want to be able to mentally process what I’ve just heard in an environment where other sounds are not immediately pressing on my attention. If you’re creating a professional mixing environment, chances are you’re spending thousands on acoustic treatment. Your control room probably sounds great, but I’ll only really love it if it makes no sound at all.

Sam Inglis is Features Editor for Sound On Sound.