Why I Love... Cheap Gear Skip to main content

Why I Love... Cheap Gear 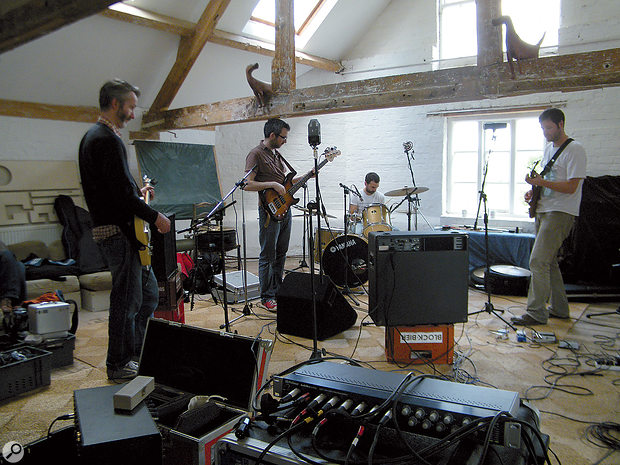 "I love the fact that recording and production has become so cheap."

I remember my first experience in a recording studio. It was horrible.

The studio owner had all the charisma and people skills of a wet sock, and we left with nothing but a bitter taste and a collection of recordings that no-one was happy with. The next time wasn't much better either.

The last couple of times, many years later, were very different, but that was with a label backing it and an engineer who knew both what he was doing and how to work out what we wanted. But there's no way I could have afforded that kind of time, and quality of kit and expertise, if I was paying for it myself.

So when my band recorded in the summer before last, we did it ourselves. The budget was £50 (for the room) and we used whatever kit we currently owned. Apart from the instruments, nothing in the recording chain cost more than £200. Not the valve mic, not the 16‑channel interface, not the complete drum mic set. And the most expensive plug-in I used afterwards was £29 in a sale.

And you know what? I'm more than happy with those recordings. Sure, there's stuff I'd do differently next time, and there's mistakes we made that took a whole lot of effort to fix. But I can only think of one point in the whole process where the kit was the weakest link in the chain. (Since you ask, the drum overhead mics had no pad and were distorting on the loudest tom hits, despite being as far up on the stands as we could reasonably reach. But arguably a quieter drummer would have solved that one...)

So I love the fact that recording and production has become so cheap. Own‑brand mics from a big box‑shifter, a batch of cheap mic stands from eBay, a fair number of things from a company beginning with B who sound like they could be a Belgian beer brewer, and home-made cables and adaptors. God bless Chinese manufacturing!

But it wasn't all kit churned out from factory lines in the Far East. A couple of UK-made Orchid DIs put in an appearance, as did an early mic from the people now known as Extinct Audio (who make the lovely Viking ribbon mic). But it was all cheap. And that meant we were able to do something ourselves and be in complete control. Sure, it took me a while to mix the recordings afterwards (Reaper, stock plug-ins, some freebies, some $10-in-the-sale stuff from SoundToys and the aforementioned £29 sale item), but we were in control of that too. Artistic integrity has never been so cheap!

Most of that kit has already been used for another batch of recordings, and next time, when we do it again, the budget will once again be £50. Hell, maybe we'll push the boat out and make it £55 so we can turn the heating on...