Why I Love... Arranging 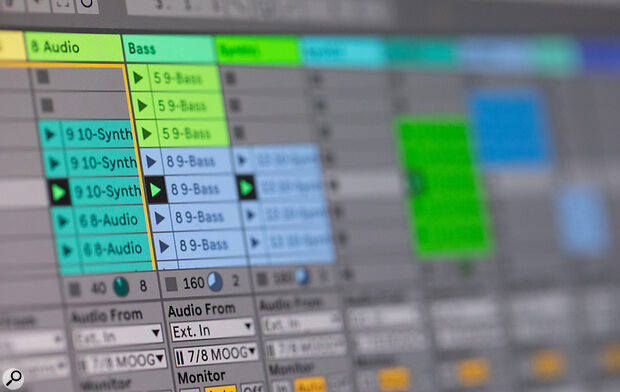 I’ve been creating, teaching and writing about electronic music production for almost a decade, and I’m still astounded by how little arranging plays a role in music education for most beginners. Sure, there is the ‘arrangeur’ within the world of orchestras and film scoring, but in the world of electronic music production there is tutorial after tutorial for the best EQ settings and most effective drum bus compression, but few go into the core of what music production, in my opinion, is actually all about: arranging.

Whenever I approach the production of a song, whenever I have gotten a class’s attention after a couple of days of getting to know the workflow of Ableton Live or Logic Pro, I try to get them to focus on arranging. What sounds play what melody or rhythm, at what part of the song, to support the overall emotional message? Do kick and bass sounds or guitar and synth sounds complement each other? Are there percussion elements that support or disturb the vibe in terms of timbre and rhythm? If there is a vocal, does everything else step out of the way enough? Does the performance of the vocal match the emotion? How can pre‑recorded elements such as loops or programmed MIDI instruments be manipulated to ‘perform’ alongside like the recorded instruments?

I tell students early on that if your arrangements are too dense, and have too many competing elements, it cannot be fixed by a plug‑in.

In contemporary DAWs, there is a growing number of tools to support beginner and intermediate music producers. MIDI tools help with lack of knowledge in music theory. Tuning algorithms help correct spontaneous vocal performances. Workflows such as comping help creating the perfect performance. Yet there are next to no tools for helping with the arrangement.

For example, voice leading is one of the most fundamental elements of arranging instruments. But DAW tracks do not ‘talk’ to each other in such a way that the software could suggest how to create harmonies that support the existing elements. The same goes for rhythm. The number of times I have advised beginner students that individual rhythms of their tracks may seem exciting, but in combination ultimately create too much chaos and instability within their track, is staggeringly high. Also, I tell students early on that if your arrangements are too dense, and have too many competing elements, it cannot be fixed by a plug‑in. How, with all the tools available to us, are there no tools in contemporary DAWs that help with the arrangement?

It could simply be that the intricacies of a song’s arrangement, of the relationships between frequency, rhythm, harmony and structure, are a fundamentally human element of any music production that it is impossible for software to emulate. All the more reason to do it ourselves, and to learn it as early as possible.