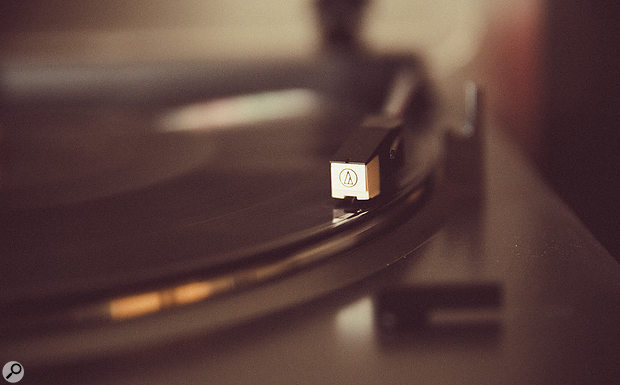 “Garage band sessions, where the drums have been mixed on a single microphone, embody honesty and humanity.”

Technology has become a remarkable tool in the endeavour of banishing noise. As musicians, recording engineers, mixers, producers and lovers of sound, we try to control the sonic environment in which we create music. We treat rooms to stop reflections. We position microphones just so, having carefully selected from a cabinet of many. We apply gates. We record through interfaces capable of huge dynamic range. We process our audio through dozens of effects or plug‑ins, listening on our favourite monitors so we can hear, evaluate and tweak every detail.

Ever since the days of multitrack tape, the goal has been to clean up audio. Digital recording and processing has facilitated this to a degree never before possible. No longer do we have to endure the noise of tape, or accept the degradation that was once inevitable in copying sound from one medium to another. Digital was the new dawn of clear, clean, noise-free audio. Some musicians, electronic in particular, can now create entire albums without any component having existed in the real world.

And yet... over 30 years since the widespread acceptance of digital recording, tape is still considered desirable, both for its warm and natural sound, but also for its more creative and characteristic foibles. Tape hiss can be deployed like a warm blanket of iron, and even the once dreaded wow effect of a dying motor can sound wonderfully nostalgic when used cleverly. A drum kit mixed with acceptance of mic bleed is generally thought to sound better than one where bleed has been meticulously eliminated. Bucket‑brigade and tape delays, despite their inherent, noisy limitations, are cherished for their great character. Vinyl sales, despite the onslaught of streaming services, are at a 30‑year high. All of which proves that the human ear finds comfort in life’s surface noise.

When John Peel was told that CDs were better than vinyl, he replied: “Listen, mate. Life has surface noise.”

I realised some time ago that the music I was attracted to embraced noise and welcomed imperfection. Some of my favourite records are a congealed mess of cassette noise, cheap digital reverb and hasty mixing techniques. Garage band sessions, where the drums have been mixed on a single microphone, embody honesty and humanity. Early electronic records, where drum machines drift, remind us that good music can be made in spite of technological tussles. These records present the listener with real life, not some over‑polished, blemish‑free version. I have no doubt that the musicians involved would have traded for better kit, or a higher budget, but it didn’t stop them recording great music.

So, embrace the noise. Let the microphones bleed. Turn off the gates. Buy that cheap piece of gear at the back of the shop that nobody else wants. Open the window and record the ambience. Grab the room tone. Increase the feedback. In decades of eliminating noise, it is just possible that we’ve inadvertently banished some of the the character, the glue, and even the life from our music. When John Peel was told that CDs were better than vinyl, he replied: “Listen, mate. Life has surface noise.” Noise reminds us that life is bigger than us, and that is why I love it.