Why I Love... Well-run Studios 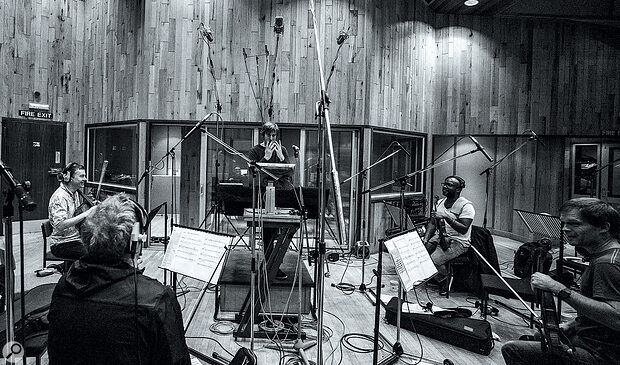 Whether you're in London, LA, Tokyo, Reykjav k or Stoke-on-Trent, there's something about the studio environment that sets the nerves tingling: the spacious rooms, the big speakers, the huge mixing desks, the posh microphones, the racks of unaffordable outboard units, all waiting to be pressed into service in some exciting creative project. And when a studio also has helpful staff, talented engineers and clued-up assistants, the whole experience is a joy.

Of course, it isn't always like that. Some studios are poorly maintained: a fellow musician recalls thumping the top of a residential studio's antiquated mixer and seeing showers of components falling out of its underside. Personnel problems can also intrude. Months into recording an album at a top London studio, the business was sold to a bunch of nouveau-riche '80s pop stars who turned the place into a madhouse and would burst unannounced into our control room shouting at the top of their voices. After that happened a second time, we cancelled our bookings.

From that unfortunate arising came a productive stay at an out-of-town studio whose staff included the young Owen Morris (who went on to produce Oasis and the Verve) and Ted Hayton, a gifted sound engineer who remains part of our creative setup to this day. These guys were musically smart, knew their technical onions and were a pleasure to work with. We recorded a lot of music, and had fun doing it.

When a studio also has helpful staff, talented engineers and clued-up assistants, the whole experience is a joy.

Contrast this with my disastrous visit to a vastly more expensive city studio. On arrival, a rock band's equipment was set up in the room with no assistant available to move it. The extra chairs I'd asked for were thick with dust, and once the session started the engineer wasted valuable time trying to get the reverb working (despite me telling him repeatedly we didn't need it) while the musicians stood around twiddling their thumbs. An hour later, the assistant reeled in from the pub smelling of drink and started holding voluble conversations in the control room. As a result of this crap the session came within seconds of over-running, which would have incurred a hefty surcharge on the session fees. I left with a headache, muttering 'never again'.

On a happier note, recording string players at Angel Studios, London was a dream. This place (sadly now closed due to the death of the owners) ran like clockwork. I could send over the line-up details, stems and MIDI files ahead of time, so when I arrived the room was perfectly set up and songs would be running in Pro Tools with their tempo changes and click tracks in place. Consequently, soundchecks took only five minutes. Heaven! The rooms were clean and technically faultless, the engineers and programmers were brilliant and the operation had a friendly family atmosphere, so clients (including myself) would return again and again. This was the epitome of a well-run studio, and I wish Angel's staff all the best in their future gigs.