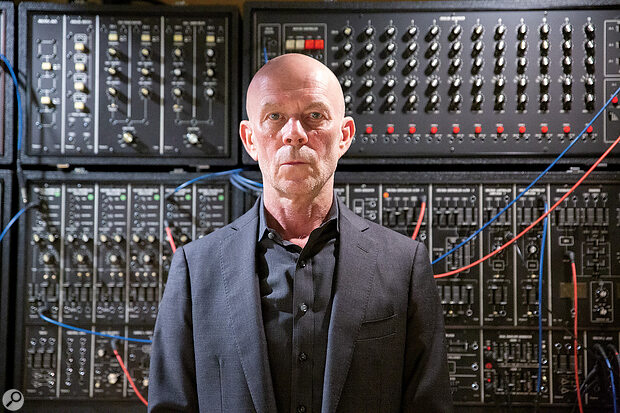 Over four decades, Vince Clarke has helped shape the sound of electronic music. We talk to him about how his working practices have changed, from early Depeche Mode to the new album from Erasure.

"I'm sure there will be more musical innovation. At some point you'll be able to plug a cable into your brain and you won't have to bother with a sequencer."

Erasure's musical wizard Vince Clarke is pondering the future of electronic music, and whether pop's tectonic plates will ever be shaken in the way they were when machines first came to prominence in pop at the start of the '80s.

As a founding member of Depeche Mode, Vince lit the touch paper for a sonic explosion, and then fanned the flames with Alison Moyet in Yazoo. He continues to be a pioneering force in synth-led music right through to the present day, most notably in the form of his 30-year-plus songwriting relationship with Andy Bell in Erasure.

"I still feel it was the most exciting ever time within the world of music," he recalls of those early synth pop years. "The music was full of sounds you'd never heard before. Punk music was like rock & roll; there was a new attitude but the instrumentation was traditional. But those early Human League and Orchestral Manoeuvres In The Dark records, I'd never heard anything like them. They were using this amazing instrumentation but for brilliant songwriting. I'm a lover of songs so for me, it was really enlightening and exciting."

The Neon is Erasure's new album and the duo's 18th together. While their career glows with great music and big hits, such as 'Sometimes', 'Love to Hate You' and 'A Little Respect', alongside industry awards, acclaim and millions of sales, their future is still being written.

Tracing Vince's journey back is a long and winding route through wild creativity, flashes of inspiration and innovation all underwritten by a deep-rooted passion for the power of song. Originally into folk and guitar groups, it was 'Electricity' by Orchestral Manoeuvres that turned Vince Clarke on to this brave new musical world.

"Up until that point, I'd been into guitar bands," Vince recalls. "One of my neighbours [and Depeche Mode co-founder], Martin Gore, bought a synthesizer and then we started hearing electronic music, like the early Human League. So we decided we didn't want to be a guitar band anymore."

In those formative days, Vince and his friend's embracing of synthesizers came from a more practical perspective than one of artistic intent. A lack of money or easy access to any large transportation pushed this first rendering of Depeche Mode towards synths.

"We could never really afford the guitar amps, but we didn't need them with the synths. We were playing live quite a bit and with a synthesizer,...