Why I Love... Compact Discs 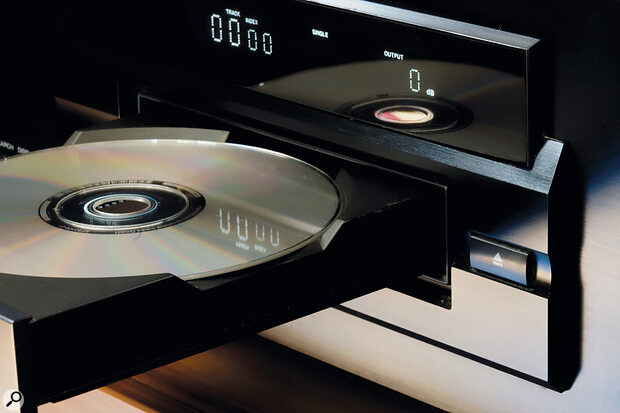 I bought my first CD player in 1984. I had been lusting for one since I first saw/heard the new format three years earlier, when CDs were first introduced. There were many reasons for that lust. No more requisite cleaning, no getting up every 20 minutes to put on a new record, and most of all, no more intrusive noises of any kind. LPs (aka records), which is what we called vinyl back in those days, were truly a fragile medium. It was a given that the more precious to you a record was, the more certain it was to incur very audible damage.

Not so CDs, which are comparatively indestructible. No matter how many times a CD is played, it sounds just as good as it did the first time. It was heavenly to at last be able to listen to a piano recording, be it of Keith Jarrett, Vladimir Horowitz or Elton John, and have every transient start of every note be pristine, entirely free of scratchy grunge and other unpleasantness. CDs have a blissful lack of noise in general. The surface noise of even never‑played LPs is easily audible. The background noise of CDs played on even low‑end systems is considerably quieter than the ambient noise of the listening room.

It took me three years to take that initial plunge, in part because it took that long for the major stereo component manufacturers to add CD players to their line‑ups. By 1984, though, it was a safe bet that the technology was here to stay. But CDs back then were quite expensive – they cost two to three times what the same LP cost, due to insufficient manufacturing capacity.

No matter how many times a CD is played, it sounds just as good as it did the first time.

Today, it’s just the opposite in terms of CD versus vinyl prices. That’s only one of many reasons I find the resurgence of vinyl incomprehensible. And I do mean off‑the‑charts incomprehensible, in some cases. Consider the magnificent collection of Mahler orchestral/choral works released by the San Francisco Symphony on SACD between 2001 and 2009. Those discs are among my most highly prized. SFS also decided finally to release the collection on vinyl, in a set costing $750 — about triple the cost of the SACDs.

But this is Mahler we’re talking about. What a horrible idea vinyl is, irrespective of price. The most one can safely put on one side of an LP is about 23 minutes. Mahler symphonies have a number of movements that easily exceed that limit. So what did they do? Fade‑outs/fade‑ins, or abrupt ecstasus interruptus? I honestly don’t want to know. And then there’s dynamic range. Mahler symphonies call for colossal forces. My informal measurement of the dynamic range in one of the symphonies (No. 5) is 45dB. That’s no challenge for 16‑bit digital as found on CDs, which gives us 90dB to work with. But on vinyl, with its dynamic range of about 60dB, those passages 45dB down will be given serious competition by the surface noise. So, hey, why not fix that with a little compression? Again, this is Mahler... so, sacrilege!

Thank you, but I think I’ll stick with digital. You might respond: why not just go with digital streaming then? I have a number of very good reasons why that has little appeal to me, but that rant will have to wait for another time. I’ll happily continue to just listen to my substantial library of music on CDs. I truly love music, so, of course, I love CDs... a lot.