Why I Love... Criticism 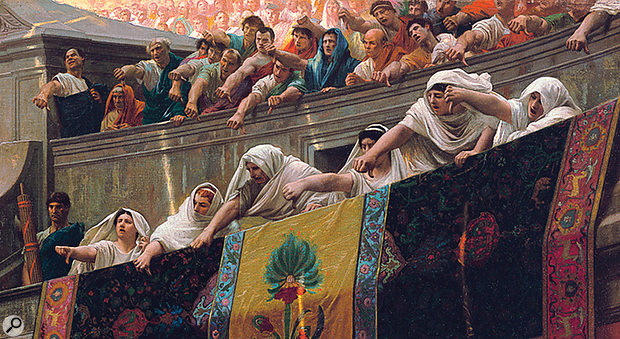 Even if some people who hear it loathe your music, there will always be some who adore it. Whether you care about either camp, or just decide to make music to please yourself, is entirely up to you.

I recently discovered Crowd Review, an online track review service from ReverbNation. It works like this: you submit a song (a finished mix or a work in progress) and ReverbNation gets anything from 25 to 500 music fans to critique it. For a basic price (around 40p per response) you get a mark out of 10 from each listener, plus their comments and a vote for whether they'd like to hear the song again or not. Pay a little extra and you can get more detailed answers: is it radio-ready? What artist do they think it sounds most like? What emotions does the track evoke? And so on.

Now, I've restarted making music in the last few months, after a break of several years. So far, only I have heard this music, and to my ear it sounds... well, decent, I think. But the opportunity to get some unbiased feedback sounded seductive, if a little scary.

So I picked a mix that I felt was close to finished. I shelled out for 200 reviews. And then I held my breath. What I got back a few days later gave me some new perspective on how people hear and respond to music. The good news was that most of the reviewers had listened closely and discerningly to my track. That was also the bad news. Because, boy, did people have opinions.

"The vocalist absolutely cannot sing," said one listener. But then the next: "Amazing vocalist, I'm surprised she's not a star already."

"I can't hear the lyrics, instrumental is too loud and drowns the vocals," one decided. Followed by the next reviewer: "Fantastic to hear a lyric so clear and not overpowered by the instruments."

"Melody is tuneless, nothing I can remember." Next listener, you guessed it: "This is the catchiest melody I've heard all year!" 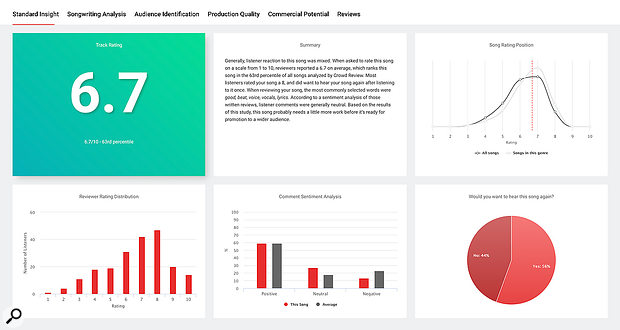 Example of the user feedback report from Crowd Review, an online track review service from ReverbNation.

So what was the point of all this self-torture? Well, there turned out to be two points, in my view. Firstly, Crowd Review is sobering (and in some places, quite funny) proof that music, like comedy, is wildly subjective. People will passionately feel a lot of things about your songs. But seeing 200 of them airing their very lucid opinions in one report was a refreshing reminder that even if some people loathe your music, there will always be some who adore it. Whether you care about either camp, or just make music to please yourself, is entirely up to you.

Secondly, amidst all of the noise, there was some truly actionable feedback. Many people, regardless of their overall opinion, commented on a particular sound in my track (a distorted bass line) which they found so distracting that it marred their listening. As it happened, I liked that sound — but not enough to keep it there if it was going to sink the whole song. So I swapped it out for something equally to my taste, but less jarring. And went on with my day knowing I'd given my track maybe a 10 percent better chance of success.

See? Criticism's not so bad after all. Now, if you'll excuse me, I'm off to have the most glowing Crowd Review comments turned into a poster for my studio wall...