Why I Love... Making A Difference 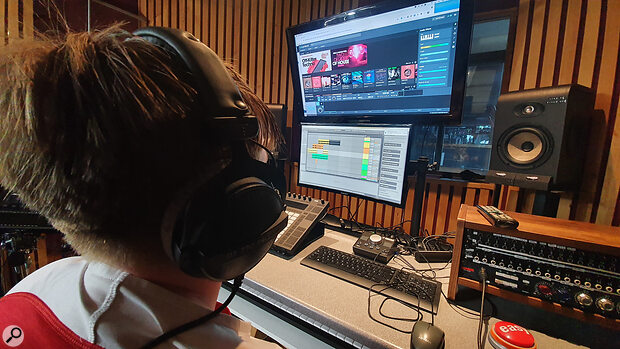 My school attendance was, ahem, erratic to say the least. The only place I felt I was any good at anything was hitting drums in the music block at lunchtime. The only thing I left with was an internalised feeling of educational failure. After school finished, I noticed that all my friends were off to this mysterious thing no one had mentioned called University, and I was stuck with no qualifications in a dead‑end post‑industrial town (sorry Kidderminster).

Then I met this guy in a pub who said come to London and join a band. Well, I grabbed that ticket with both hands. What followed was a career, multiple record contracts, international travel, festival appearances. All the stuff you wanted as a kid, except the cash, obviously (though emotionally rich, right?).

What really changed though was my own sense of self. Music had changed me, made me believe in myself. I could be good at something.

I had a concurrent role as a youth worker (a boy’s gotta eat), and after juggling touring and youth work in 2009 I set up Noise Solution, a social enterprise that fuses youth work with music technology mentoring. I figured if music could change me, it could change others.

That organisation is now nationally award‑winning and has grown into one of the UK’s top 100 best‑performing social enterprises. It’s a community music project that is having transformational impacts on those kids lives that most need it: those in care, excluded from school, etc — and we’re doing it by making bleepy noises with kids in studios.

It’s amazing seeing a kid have that ‘get it’ moment as they layer their first drum loop and bass line. It’s even better when you hear that they’ve re‑engaged with school or their mental health team because you’ve changed how they feel about themselves.

I say that last bit slightly flippantly, because it’s more complex than that. We know exactly what we’re doing and how to do it and why it works. That’s because in a bizarre twist of fate I got invited to do a Masters at Cambridge University to work out what it was we were doing that was having such dramatic impacts on kids. (Take that Mr “You’ll never amount to anything, Glenister” Form Tutor.)

It turns out that teaching kids to use a DAW is a perfect way to engage them. It’s amazing seeing a kid have that ‘get it’ moment as they layer their first drum loop and bass line. It’s even better when you hear that they’ve re‑engaged with school or their mental health team because you’ve changed how they feel about themselves. We’re saving local authorities and families about a million pounds a year through reduced use of services and improved life outcomes.

The reason I wrote this piece is that I wanted to say that there is a whole world of potential opportunity out there for producers like you, in community music projects like www.noisesolution.org. Your options aren’t just restricted to studios or being a pop star. You can use your skills to both have fun and make a difference in helping people. I love using my production chops to make a difference. You might too.