Why I Love... Passive Speakers 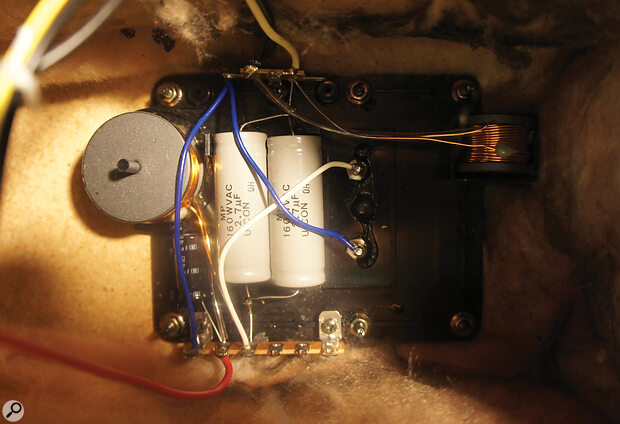 Studio monitors are almost exclusively active. Apart from a few notable exceptions (Amphion, Auratone, some ATC and PMC models, and of course Avantone’s NS‑10 clone) I can’t immediately think of any mainstream studio monitor manufacturers that give even a nod to the passive speaker option.

I love passive speakers, however, and I’m happy to accept their theoretical disadvantages (separate power amps, the lack of on‑board EQ and lengths of clumsy speaker cable, to name three), because to me there’s an element of art in the design of passive speakers that’s somehow diluted, lost even, once you put the crossover upstream of multiple power amplifiers. And I love art more than I love electronics.

There’s an element of art in the design of passive speakers that’s somehow diluted, lost even, once you put the crossover upstream of multiple power amplifiers.

The art is in passive crossover design and how it influences the voice, imaging, coloration and tonal balance of the speaker — its entire personality, really. An active crossover is a line‑level device that drives fixed input impedances. That means you can have almost any type of crossover filter imaginable: pick a filter profile (Bessel, Butterworth, Linkwitz‑Riley...), choose filter slopes from 6dB/octave right up to 48dB/octave, add a sneaky bit of differential delay between the outputs, and maybe slip in multiple, targeted parametric EQs to flatten a driver’s response. You want it? You can have it. But a passive crossover, positioned after the power amplifier outputs, feeds drivers whose input impedance varies wildly with both frequency and level, and necessarily comprises imperfect capacitors, inductors and resistors that, along with performing filter functions, have to handle significant electrical power. Passive crossovers are simultaneously primitive and complicated, and designing them is littered with traps. Typically, you’ll finally develop a really great driver integration and frequency response solution, and then measure the system impedance to find that it’s all but undriveable by any reasonable amplifier.

The upshot of this is that your options for finely honed and targeted filtering are severely limited. Fourth‑order slopes are just about the practical limit with passive filters and, while you might set out targeting a specific filter shape, the effect that driver impedance changes have makes such things somewhat academic. You also have very limited options for engineering anything but broad‑brush EQ, and pretty much no opportunities for practically engineering driver time delays. Furthermore, passive crossover components are bulky (a decent 10µF capacitor is typically around 26mm in diameter by 36mm long), electrically lossy, expensive, and can get hot when the speaker is driven hard.

So you’re left simply to use your wits, experience and imagination to navigate all the constraints and find the best compromise, and to me that sounds a lot like art. There’s perhaps a parallel in music production. These days we can have limitless track counts and immediate plug‑in satisfaction; the possibilities are occasionally so huge that they end up stifling the art. I sometimes feel the same about active speakers.

Back in my formative years of speaker engineering in the 1980s, I learned the ropes of how to make passive crossovers work, and the problem‑solving enjoyment of it has never really left me. Give me a couple of drivers in a speaker cabinet, a measuring mic and a bucket full of passive crossover components and you’ll keep me quiet for hours, maybe even days...