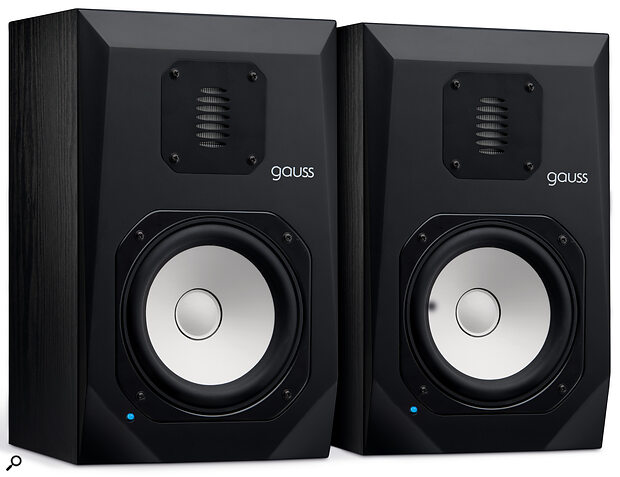 Avantone Pro appear to be creating a business out of mining the monitor archive. First it was their MixCube, an homage to the Auratone single‑driver compact monitor; then their CLA‑10 clone of the Yamaha NS‑10; and now the venerable old American speaker brand, Gauss, has found itself brought back to life under the Avantone umbrella. However, Avantone’s new Gauss 7 monitor bears no relation to products by the original Gauss company — Avantone have simply purchased the rights to the name and are planning a range of monitors that will use it.

Before I describe the Avantone Gauss 7 though, I’ll cover a little of the history of the original Gauss company. I write “a little” because it turns out that the Internet has a bit of a blind spot where Gauss are concerned, and there’s not all that much history to be found. It’s not even clear to me if the name, Gauss, was inspired by Carl Friedrich Gauss, the German physicist who gave his name to a unit of magnetic flux, or if that’s just a random coincidence. The basic story, however, is that Gauss were founded in the 1960s by some ex‑JBL driver engineers. They launched a range of 10‑ to 18‑inch‑diameter drivers and horn‑loaded compression tweeters, aimed at PA, guitar backline and US West Coast‑style main studio monitor applications. Gauss also subsequently launched some complete, JBL‑inspired, main monitors. They gained a reputation for engineering advances over their immediate competitors by introducing such innovations as double spider suspensions, direct‑wound aluminium voice coils and formers, and braided voice‑coil lead‑out wires. These are all relatively common features today, but back in the 1960s they were new. Gauss were sold in the 1970s to the parent company of Electro‑Voice and Altec, and then all three brands were sold on to the Telex manufacturing group (now part of Bosch), at which point the Altec and Gauss products were integrated into the Electro‑Voice range and the Gauss name in particular disappeared.

Despite the fact that there’s no direct link between Gauss now and Gauss back in its heyday, the philosophy of Avantone’s new Gauss 7 speaks of the values that are often identified with 1970s studio monitors: high electro‑acoustic efficiency and snappy dynamics prioritised over a ruler‑flat frequency response and low coloration. Having said that though, there wasn’t much alternative to high‑efficiency and somewhat unrefined tonal qualities when amplifier power was more limited than it is today and driver diaphragm and enclosure materials were relatively undeveloped. West Coast monitors of the 1970s were, in these terms, pretty much as far away as it is possible to get from, for example, the BBC monitor sound of around the same time.

So, to the Gauss 7 itself. It’s a relatively plain‑looking yet neatly detailed two‑way nearfield monitor, of dimensions that ought to cause no problems in the vast majority of studio rooms — even small ones. The cabinet proportions quite usefully eschew the current trend for extended depth, which can only help with installation in cramped spaces. The attractively angular profiled and satin‑black painted MDF front panel carries a nominally 180mm (7‑inch) bass/mid driver and a 30 x 55 mm Air Motion Transformer‑style ribbon tweeter. Behind the front panel, the cabinet sports a ‘black ash’ veneer finish, and towards the bottom left of the front panel is an LED that illuminates in red and blue to indicate standby and normal operation respectively.

The Gauss 7 bass/mid driver is noticeable of course for its white paper diaphragm, which brings to mind not only the NS‑10 and the later Yamaha HS Series of monitors but also Avantone’s own NS‑10 clone, the CLA‑10. However, while the Gauss 7’s white diaphragm shares its paper pulp formulation with the CLA‑10 driver, Avantone Pro say it’s a completely different driver design, with a stiffer diaphragm, larger magnet system and a butyl rubber surround engineered to enable significantly greater diaphragm movement. 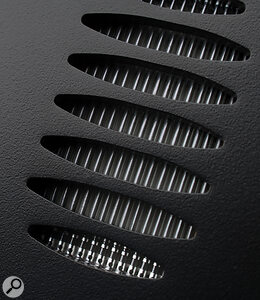 The Gauss 7’s AMT tweeter is an all‑new design.The Gauss 7’s AMT tweeter is a fresh design, Avantone say, rather than an off‑the‑shelf item. AMT tweeters differ from pure ribbon devices by employing electrical conductors ‘printed’ on a concertina‑folded substrate rather than using the (usually flat) aluminium ribbon itself as the conductor. In both cases the conductor is held between the poles of a magnet so it moves in response to the electrical signal. The primary advantages of the AMT devices are that, thanks to the length of the conductor, it doesn’t require the input transformer that a pure ribbon needs for impedance matching, and thanks to the large, effective radiating area that results from the concertina folding of the diaphragm, it’s much more efficient. AMT disadvantages are that, in comparison to a pure ribbon, they have significantly higher moving mass (although it’s usually still substantially less than a dome tweeter), and because of their physical diaphragm size they tend to display somewhat restricted high‑frequency dispersion. If you’ve had one eye on the nearfield monitor market in recent times...