Why I Love... Early Mornings 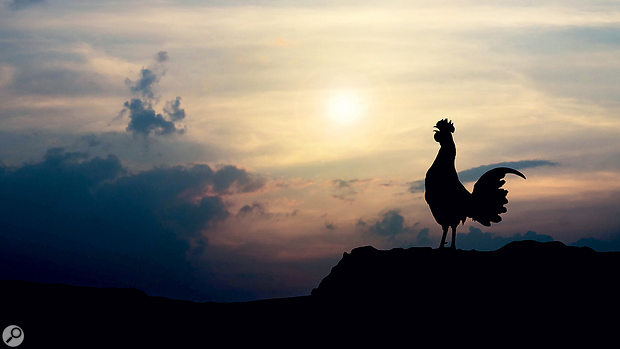 The great irony of being a producer is that the more work you get, the less time you have for actual work. And by work I mean the stuff you signed up for. Not the social media, the never–ending emails and certainly not the accounting. As the to-do list grows, the 'finished' list diminishes, but how do you break this chain of frustration? Very painfully (at first, as I have found): by getting up excruciatingly early.

I have my daughter, now two years of age, to thank for this unholy ritual. Only a few years ago I identified heavily as a night-time person. I spent most of my waking life working into the midnight hours and, if truth be told, making music heavily informed by tiredness. It wasn't until life dragged me by the scruff of the neck out of bed at an unfathomably early hour that I began to learn the value of being up before everyone else.

There are many things that aim to eat into your schedule in a day, but a tiny human devours time like no other. If I was to have any hope of writing my own music in addition to helping others with theirs in my day job as an engineer, I would have to rise that bit earlier. I'm not alone by any means. There are many self-proclaimed extreme early risers in the industry: Junkie XL claims to set his alarm clock for an unnerving 4am start, for one.

Only a few years ago I identified heavily as a night-time person. I spent most of my waking life working into the midnight hours and, if truth be told, making music heavily informed by tiredness.

When I finally fell into the habit of rising before dawn, I discovered a seemingly vast field of time in which there were no disturbances or emails, or phones pinging with alerts, and crucially, in which my brain, imbued by fresh cells, could feast on fresh ideas fuelled by fresh energy. The science behind this is heavily in favour of the early riser.

At that time our brains' abundance of oxytocin is at its highest, which explains why our libidos are greatest in the early mornings but also why our resistance to depressive feelings is at its highest too. Early risers are statistically proven to procrastinate less and be more proactive. Our speed and accuracy at completing tasks are both better in the morning, and rising at dawn is more likely to tie us into our natural circadian rhythms, which improve our quality of sleep.

Crucially, however, an effective early rise only works hand in hand with an early bedtime. Sleep scientists have consistently proven that our brains need an average of eight hours of sleep to function effectively.

"I'm the exact opposite!" you may cry. And so was I, until the patter of tiny feet persuaded me otherwise. And while many extol what I now believe are the false benefits of the late–night recording session, I have found the early morning of much more benefit to the writing process. When dawn has yet to cast light across my studio, there is no time to think, let alone over-think, because the thinking department hasn't quite yet turned up for work. There is only doing — slowly at first, often tinkering aimlessly with no intention of writing — until the glimpse of an idea is the sight of a hare that pulls the hound into action, and I'm off clambering over musical hedges, ears flapping in the wind of inspiration.

The experience has taught me the value of time. We rarely realise its worth when we have this commodity in abundance, and waste great swathes of time on the things that in truth only amount to treading water, and spend so little on the activities that actually propel us furthest.

The early hours are your greatest ally in doing the things that will matter most to your life and career. Before distraction presents itself, before the urge to turn off flight mode becomes insurmountable, this time has been preserved for our greatest thoughts and creations. Use it wisely.