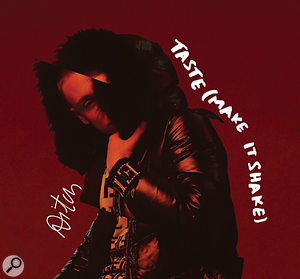 Not unreasonably, I usually look to the rapper to sustain my attention in any hip-hop production, but as the uninspiring monotone of Aitch's delivery did nothing for me it was something of a saving grace that the backing is so evocative and richly textured! If you're not focusing on it, you'd be forgiven for leaving with the impression that it's pretty simple — a sampled vocal riff, sub-heavy bass, a kick, a clap and some skittery percussion. But that bass creates a strong tritone flavour against the vocal riff much of the time, which is already quite a bold move, and on closer inspection, the arrangement is constantly shifting and evolving, maintaining a sense of repetition while actually varying continually.

For example, there are effectively eight hook sections (four doubles) in the track, and even though they're all clearly identifiable as hooks, none are simple copy/paste jobs. Comparing them reveals numerous subtle textural shadings: the high piano at 1:14; the stereo shaker at 0:15; the filtering at 1:20; the double-time claps at 2:07. In addition, each hook has its own unique selection of one-shots and arrangement stunts, such as the liberal vocal exclamations (eg. the three at 2:04-2:07), ping-pong reverse cymbal SFX at 3:00, the downbeat zap at 1:03, or the downbeat drop at 2:12.

But there's more. Focus on any of the 'backbone' parts, and it quickly becomes apparent that they're constantly evolving too. None of the eight hook sections share the same bass part, with myriad variations of placement, duration and release time just for its low 'F' alone, as well as lovely little details like the fleeting portamento at 1:17 and the triplet-16th articulations at 3:10. The vocal hook also wards off any real repetition until quite late in the song, frequently truncating its start or end to varying degrees to allow those layered flute details to bubble up, and offering up plenty of ear-candy such as the filtering at 1:00 and 2:22, the echo spin at 1:34, the quarter-note 'one-drop' offsets at 1:43 and 1:53, and the pitch-drop at 1:57 — the last like a kind of response to the piano's similar registral shift at 1:43-1:52.

All of which adds up to that rare thing: an electronic arrangement that's instantly accessible, but which has such a richly organic patina that you can run it on repeat for ages without running out of enticing new facets to admire. If only there were a karaoke version... Mike Senior 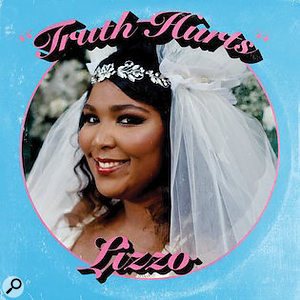 Beyond the way the drum fill underlines Lizzo's "bom bom bi dom bi dom bom bay", what most impressed me about this mix was the clarity and projection of the lead vocal. One of the eternal battles of mainstream mixing is how to get maximum vocal character and lyric transmission without turning the vocal up so loud that the track as a whole seems small by comparison. And what star hip-hop mixer Manny Marroquin has done to square that circle here is make the bass's sub-60Hz contribution huge (ensuring that full-range listeners are never going to feel short-changed in terms of physical power), while at the same time letting the vocal dominate the rest of the spectrum. Yes, that means that you lose the sense of power on smaller playback systems, but Lizzo's personality becomes a bigger selling point under those less favourable bandwidth-limited listening conditions anyway. Besides, the kick and snare keep the groove well defined (and are so short in duration that they present no real barrier to vocal intelligibility), and that persistent honky-tonk piano sample maintains the harmonic framework so the musical sense of the production remains perfectly intact as well. In all, a very well-judged compromise. Mike Senior

'You Need To Calm Down' 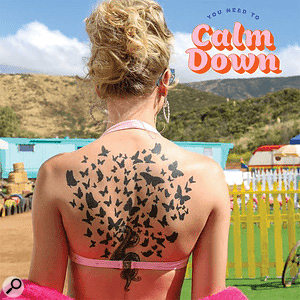 One of the most arresting moments in this arrangement is the sudden snare impact emphasising the word "bones" at 0:44. At first listen, this seems to coincide with a bass 'F#', but listen closely and you'll notice that this bass note seems to fade in a moment after the beat. It's possible that it might simply be a side-effect of a bus compressor pushing down the bass in response to the snare's peak level, but I wonder whether it's a deliberate programming move — in other words, by restricting the low-frequency information on the beat itself, the snare frequencies can presumably be faded up further within the available headroom. So what if the bass feels a little underpowered there for a moment? Everyone's paying attention to the snare impact, and the low-frequency levels are back on track for the following beat.

A similar sleight of hand can be heard at 2:26, where the words "you need" are faded up almost to the point of absurdity leading into the final chorus re-entry. Again, it's a really odd balance, but it's so fleeting that by the time it's properly grabbed your attention, the vocal is back at a less controversial level. If you're mixing mainstream chart styles and aren't doing this kind of stuff, then you're missing a trick. Mike Senior 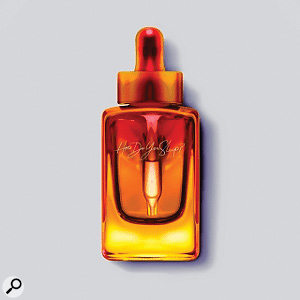 It's no secret that pretty much every vocal performance you hear in the charts these days has been extensively pitch-processed for corrective purposes. Increasingly, however, I'm suspicious that a good deal of additional ornamentation and expression is also being added in the process. Check out the words "heart to break, baby" at 0:54, for instance, and notice the little vibrato wiggle on the C# of "ba-". That sounds fake to me, and leaves me wondering whether the little mordents on the word "break" are too. And how about "not this desperate, not this crazy" at 1:39? Again, the last syllable's G#-F#-E#-F# ornamentation sounds so artificial that I begin questioning the vibrato there (and on "-prate"). As for that fall-off on "way" at 1:45, unless Sam's fitted himself with a whammy bar, it strains my credulity to imagine that he sang it like that.

For years, people have maligned the use of corrective pitch processing on grounds that it devalues great singers by allowing anyone to 'sound good'. However, most producers realise that correcting the tuning of an uninspiring vocal performance doesn't make it any less boring, so truly expressive singers have nonetheless retained their currency. I do worry, though, that artificial ornamentation techniques such as those in this track (and many other pop/EDM hits, to be fair) might be starting to deliver on the doom-and-gloom prophecies from the early days of Auto‑Tune, especially as the quality of the pitch processing makes it harder to detect the fakery.

Leaving that aside, the synth that enters at 0:34 is genuinely thought-provoking, because it sounds like a standard EDM square-wave-flavoured bass patch, and yet its fundamental is almost non-existent. What intrigues me is that I think it's playing on the natural adaptability of the human hearing system — in other words, the way our ears quickly compensate for differences in overall tonality between different mixes. You see, on a subconscious level I think most listeners will quickly adjust to the apparently lightweight bass, effectively boosting the low end of their perception to redress the balance. Which means, of course, that when the proper low end kicks in for the EDM break at 1:21, it makes more of a subjective statement. Mike Senior 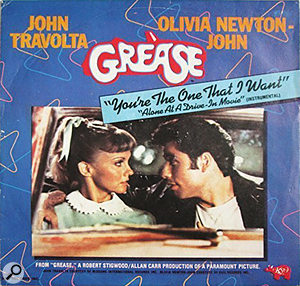 Although Saturday Night Fever just beat Grease to the top of Billboard's end-of-1978 album chart, this single has since outsold anything by the Bee Gees. Written specially for the musical's film adaptation by Newton-John's producer John Farrar (apparently despite the director's reservations), it contrasts a minor verse against a major chorus — something that, sadly, is pretty rare these days. The real star, though, is that tremendously tight-sounding rhythm section, because of the extraordinary musicality of each of its constituents. The bass part, for instance, is so strongly melodic, and played with such unfussy sensitivity, that I'd happily listen to this song with the vocals muted without feeling short-changed. There's simply no ego at all in there, just bucketloads of style and taste that elevate the whole song. Imagine how much less appealing this would have been had the bass stuck to simple half notes, say. It hardly bears thinking about! (Shame about the missing note at 0:33, though. Let's call it a beauty spot...)

What a pianist too! When there's space during the intro and verses, a series of cool keyboard licks are delivered with easy panache, but he's also happy to surrender the foreground at a moment's notice, for example when the vocal first enters at 0:08 or when we get that crunchy ping-pong delay spin on "electrifying" at 0:23. Then, when the prechorus and chorus sections demand more rhythmic drive, we get selflessly efficient vamping with zero superfluous riffage.

The drums are also super-focused, both in terms of their firmly damped '70s timbre, and because the drummer stays locked into the core groove, delivering section contrast not by dramatic pattern changes but by subtle adjustments in presentation — a few more kick-drum skip-notes as we move into the prechorus, and a slightly more open hi-hat for the choruses. And, of course, this means that the handful of fills really pack a punch. There's no better example of this than the double-snare at 0:26 and 0:35, hammering home those sassy "you'd better shape up" lyrics. (Incidentally, is that a hi-hat overdub under the "ooh, ooh, ooh" at 0:54, or did the drummer have hats on both sides of the kit? My money's on the former. I reckon the piano glissandos are probably overdubs too, judging by the simultaneous piano vamping you can hear in the stereo Sides signal.)

Compared with micro-edited modern duets (think Zac Efron & Zendaya or Shawn Mendes & Camila Cabello), it's refreshing to hear the natural timing characteristics of the two leads here, particularly Travolta's tendency to rush during the choruses. This could easily have undermined the song's groove had the backing band's rhythms been anything less than rock solid, or had his voice been any louder in the mix, but as things stand I think his pushing the beat actually enhances the song's sense of urgency and excitement. Who'd have the courage to leave that kind of thing unedited these days? Mike Senior